The latest news in the world of video games at Attack of the Fanboy
April 24th, 2017 by Kyle Hanson 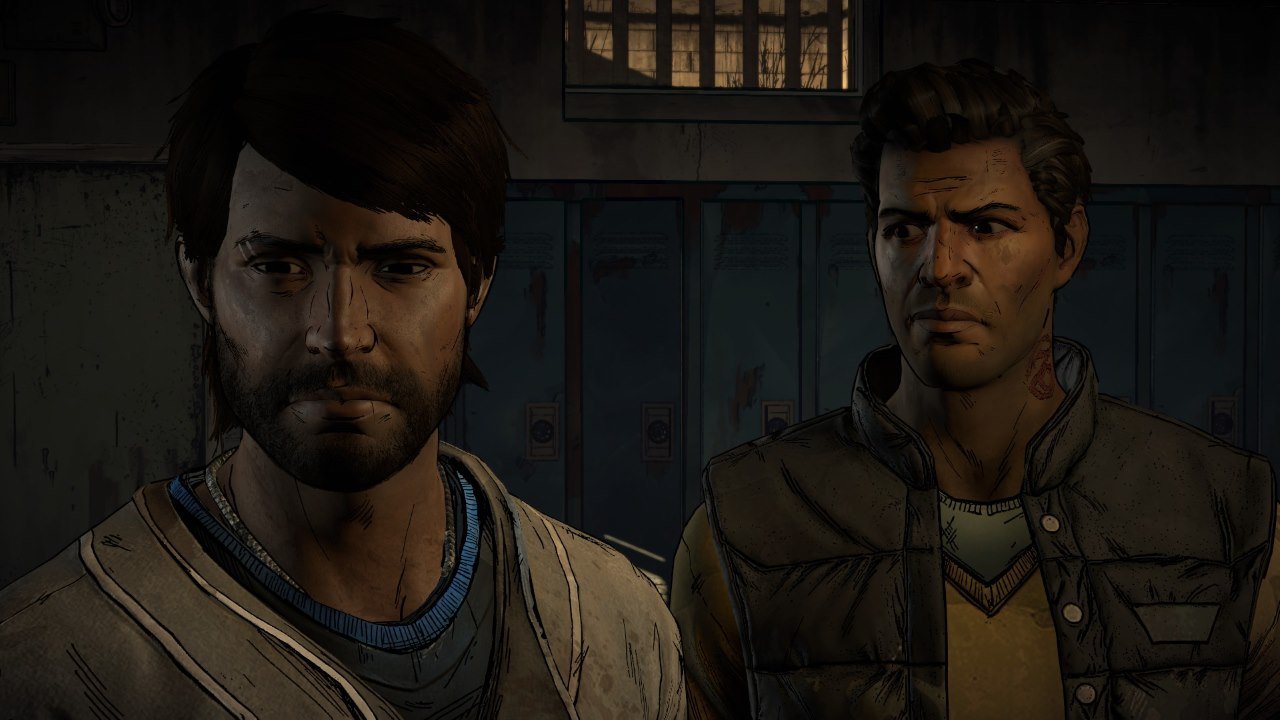 Telltale’s The Walking Dead a New Frontier has been nothing if not surprising. Beginning with a two-episode premier, this series has bucked trends from the developer, and expectations from the audience, since the very beginning. Taking the focus off series star Clementine, A New Frontier has definitely been a shock to many. The first two episodes set the stage for this new conflict, the third episode teed up the action in glorious fashion, and now we have The Walking Dead: A New Frontier Episode 4 to send us into the finale. Unfortunately it does so in a very disappointing way, with an episode that feels rushed and not as satisfying as its predecessors.

The Walking Dead: A New Frontier Episode 4 “Thicker than Water” hits less than a month after Episode 3, which took over two months to arrive. That wait was long, but ended up being worth it, with the episode being one of the best of this season, and one of Telltale’s best in a while. The news of a faster release schedule was welcomed, but the end result seems to be a rushed episode with issues that could have been ironed out with more time. 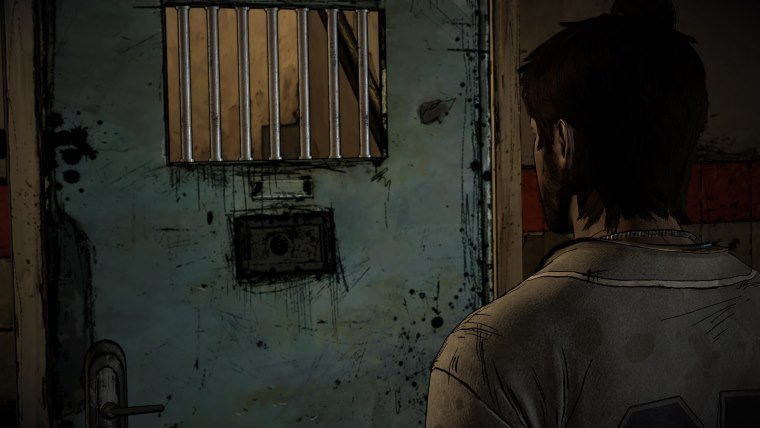 The Episode picks up right where we left off. Javi and his family are scattered throughout the New Frontier camp in Richmond. He and his brother are being held prisoner by Joan, who was revealed as the source of the New Frontier’s villainy. Now they’ve got to figure out how to escape, and what to do about the murderous band of survivors all around them. Meanwhile, Clementine continues her search for AJ, who was revealed to be alive and living somewhere in the area.

The story for Episode 4 plays out pretty much as one would expect. Javi and his crew come together quickly and begin formulating a plan. This involves splitting up and getting weapons for the coming battle, though this does sort of end up being a loose story thread. Some drama, of course plays out, and these were actually the strongest moments of the episode. A few long simmering plot lines come together here, though the longer wait between earlier episodes left me searching my memory for the exact events that were being referenced during some of the scenes.

There are some good moments here, such as a couple of key choices that are placed in front of the player. The game also still does well at setting up tense situations. We’ve seen already that few characters are safe, and that helps really dial up the suspense during more exciting scenes. You won’t be on the edge of your seat or anything, but the game does deliver the typical Walking Dead tension.

The problem with the story is that it doesn’t really go anywhere unexpected. I’m not advocating surprise for surprise’s sake, or a turn toward shock value, but there’s just not much in here that wasn’t expected right after Episode 3 finished. Clementine does show up and help add some real intrigue and emotional weight to the episode, but not enough to really save it from its other problems. Her scenes also add to the growing feeling that her story would have been more interesting. As I played through another set of flashbacks I found myself wondering why the developer didn’t just tell this story. 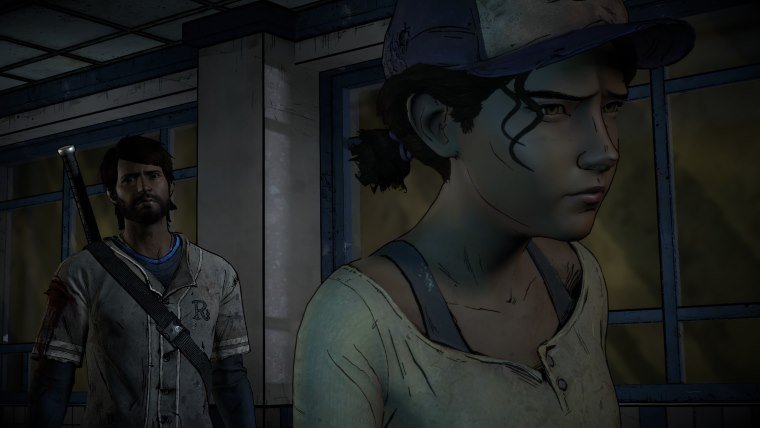 With all that said, it does feel like we’re heading toward an interesting conclusion in The Walking Dead: A New Frontier Episode 5. This season hasn’t had the same sense of purpose the last two did. There’s no single, defining plot thread that everything comes back to, instead offering up new characters and showing how they react to the world as we’ve seen it develop over the last two games. Still, I’m looking forward to getting some conclusion on the New Frontier as a group and Javi’s family. Though at this point, I wouldn’t be surprised if Javi’s story doesn’t finish and continues into a Season 4.

With the story being a mixed bag I was hoping that Telltale would have continued improving on their technical problems. The studio has been using a rather old engine for years now, and we’ve only had hope thanks to improvements made before this series began. Batman took a while to work out the kinks, but most Telltale episodes have been technically stable, at least relatively speaking. However, The Walking Dead Episode 4 falls pretty far from its predecessors in this regard.

Two hard crashes were the highlights of my time with the game, sending me crashing back to the desktop to restart. On each of these occasions my checkpoint was much further back than I’d expected, with one forcing me to replay over ten minutes of the game before I got back to where it had arbitrarily cut me off. You might not suffer from this same level of instability, but it seemed clear that Episode 4 was not as highly polished as it should have been. Hopefully an update or two clear some of this up shortly after launch. 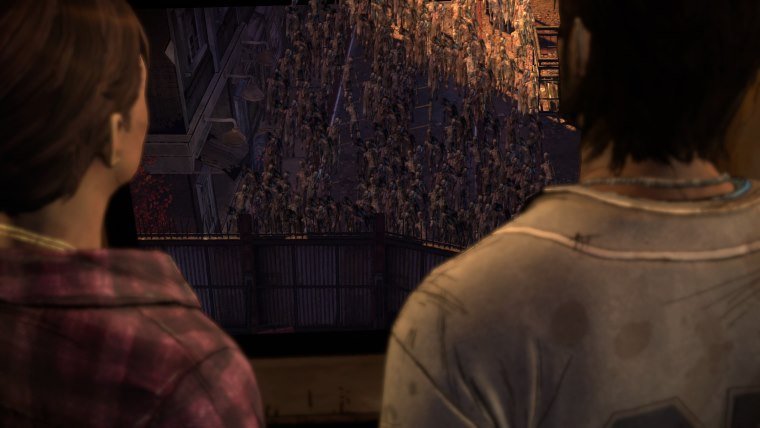 Luckily there were no signs of the really bad animation, audio, and lip sync issues that we’ve seen before from this update Telltale engine. Through most of the game it ran well, achieving a high and solid framerate with no major animation issues. The animation is still pretty stiff, but in that Telltale way that we’ve all accepted at this point, at least if you’re still buying their games.

The art style continues to be relatively impressive. This series does a good job of evoking the comics that it is based on (and the show that it’s not), while still sticking with this older and less graphically intense style. Characters might not be high in polygon count, but each has a unique look that is immediately recognizable and interesting, usually telling you something about them and their history in this unforgiving world.

The Walking Dead: A New Frontier – Episode 4 “Thicker than Water” is a worrying penultimate episode for this promising series. It’s not outright bad, but it feels very much like it was rushed out the door before it was ready. Technical issues, such as crashing, are only a small part of this. The real problem is an unsurprising story that only engages the player so much, usually whenever Clementine is around. Let’s hope that this was just setting up for a truly exciting and bombastic finale that delivers on what this series has promised so far.