A breath of fresh air. 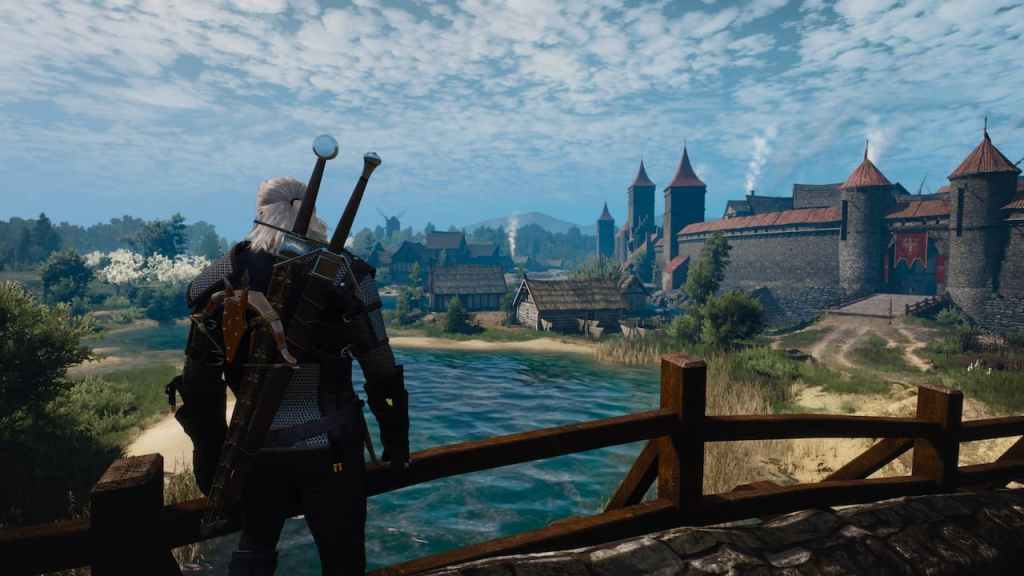 Seven years ago, CD Projekt Red made their name well known by releasing what is thought of by many as one of the greatest games ever made. Today the developer decided to do right by its fans by releasing a next-gen update, so newcomers and fans alike can rejoice and enjoy the adventure again or for the first time.

The Witcher 3: Wild Hunt remains primarily the same, with some added-on missions that have to do with the hit Witcher show on Netflix, but the improvements to the graphics and added features make the experience feel different in a way that makes you forget that the game wasn’t initially built for this new generation. There has never been a better time to hop into this big adventure, and the new mission additions show us that CD Projekt Red still has some great ideas up its sleeves for the Witcher universe.

The Witcher 3: Wild Hunt Next Gen Update features two different graphic modes. Quality Mode targets top visual fidelity with ray tracing elements, and Performance Mode focuses on smooth 60 FPS. You can’t have the best of both worlds by selecting them together, which is expected, so the choice boils down to your preferred visuals and playstyle.

In my experience, Performance Mode captures more of the new generation consoles; achievements with minimal frame rate drops compared to the ray tracing aspects. Quality Mode’s ray tracing is a nice touch, but the pop-ins and frame rate issues came more frequently than the other option, adding frustration during more demanding combat sequences or riding quickly on your horse. That said, both modes are improvements over the original, and it is highly recommended to try out both before deciding how to play the game.

The modding community has been heard in the next-gen update as CD Projekt Red integrated the community’s work into the game. These mods include 4k textures, models, highly detailed monsters, and more. These mods can be found throughout the map but feel seamless as you come across them, as they are integrated perfectly to match the original game’s tone while improving the game visually and adding a new twist to the adventure. This feature is just another example of how the game has focused on adding enough content for fans who have previously exhausted everything there was originally to do.

The Witcher 3 Next Gen Upgrade features a vast array of new features that enhances the experience to a great degree.

There is a new 3rd person camera mode as an option in the Next Gen Update that allows you to zoom in closer to Geralt giving players a different perspective and adding a more personal approach. What is remarkable about this new camera mode is that you can combine the original with the new feature. By doing so, you can have the new close-up camera angle become active once you enter a battle and switch it back when you are exploring to give yourself more field of vision, which makes the game feel more accessible.

CD Projekt Red has heard their fans request a Photo Mode, now an option in the game. Using this mode is simple, as one would assume, but allows you to indulge in the beauty of the Witcher universe by taking photos whenever you feel like it. Whether during combat or just wanting to take a picture of the beautiful landscape, this mode allows players to get a closer look at what the Next Gen Update has done so well visually.

The map has been revamped by adding new filters players can apply. These new filters make the map cleaner and easier to navigate around the UI, making the journey much less stressful. With open-world games, too many markers can be disorientating, and the fact that the developers fixed this issue makes the experience more relaxed. In addition to the map becoming more manageable, the fast travel system now focuses on minimal loading time. The combination of the two makes you want to explore further and is a big help when you need to sidetrack for collecting resources or finding a specific NPC.

Casting signs has never been easier, as now the game allows you to switch between signs on the fly. Previously having to go deep inside the sign’s casting wheel to select a new one brought players out of the experience and made combat feel less immersive. That is no longer an issue because, in the update, you can easily assign each casting spell to a button, and while in battle, all you need to do is press the corresponding button to the sign you wish to cast. It’s that simple. This makes combat feel less clunky as a whole and makes Geralt feel quicker and stronger as a result.

Fans of the hit Netflix series will be satisfied with the comparisons that the update provides by bringing you to a new location alongside new gear to acquire that makes you feel like you are straight out of the show. Players who have yet to get into the series might be confused by some references, but the mission itself is just a fun one with an exciting story to dive into.

There is nothing you wouldn’t expect here as the mission follows the classic Witcher 3 formula: you go in, kill a group of enemies, use your Witcher senses, talk to an NPC, receive a reward, etc. That said, it is a very complex route that the player needs to take, and it shows that the developer went to great lengths to provide fans of The Witcher universe a way to blend the line between show and video game, making everything feel more canon.

The Witcher 3 Next Gen Update is the best way to play the game, hands down. The upgraded edition takes what made the 2015 version so loved and throws it into the new generation with so much care that it feels like a different game while maintaining the backbone of the original. The improvements are executed flawlessly, and I can see myself pouring an additional 100 hours or more into this universe now that it can compare to other next-gen games. I can’t recommend the new edition enough, especially if you are a longtime fan who can get the game for free just for having the original version in your possession. And if you don’t have the original version, you won’t feel disappointed spending the money on this product as it is worth every penny.