Hop back on the board. The introduction to 3D with the PlayStation and Nintendo 64 was a very interesting era for the gaming industry, with many now iconic franchises starting their humble beginnings during that time. Tony Hawk’s Pro Skater was definitely one of those series that seemingly came out of nowhere and blew up overnight before dying out years later. An abysmal attempt to revive the series was made back in 2015, which put the brand in even worse shape than it was before. Rather than attempt a brand new entry at this point, Activision decided to go to their recent bread and butter following a string of successful remakes with the newly remastered Tony Hawk’s Pro Skater 1 + 2.

Just as the title of the game indicates, this game features a remaster of both Tony Hawk’s Pro Skater 1 and Tony Hawk’s Pro Skater 2 that originally released in 1999 and 2000 respectively. Each of the games were quite similar to one another back then, which makes them a natural fit to be remastered together. Rather than combining the two into one long experience, this release still keeps them separated, but now they are each known as separate Tours in the game that are selected from the game’s main menu. 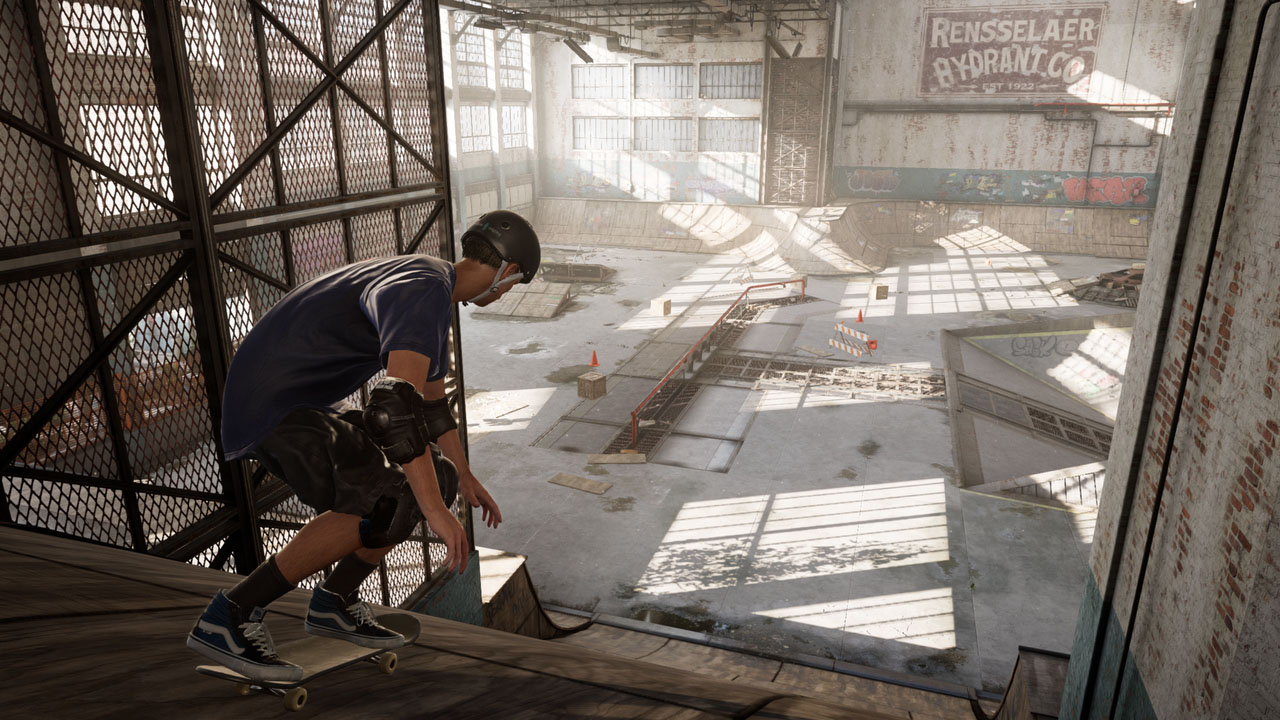 From the Tours menu, you get to choose between playing the Tony Hawk’s Pro Skater Tour, the Tony Hawk’s Pro Skater 2 Tour, or the Ranked & Free Skate Tour. Picking the first game will thrust you right into familiar territory for anyone that has played the original before, as you start off right in the series’ most iconic stage, the Warehouse. Regardless of whether you start the first or second game, you will immediately notice a major improvement on the original, which are the addition of more Challenge Tapes that are now known as Park Goals.

Outside of just skating for points, which is the singular purpose of the Ranked & Free Skate Tour, Challenge Tapes were the tasks you had to complete in each level that would then help you to unlock additional levels. Tony Hawk’s Pro Skater 1 + 2 builds upon this idea by doubling the number of goals that you have within each stage. Every one of the regular stages has six set Park Goals, which include getting a High Score, Pro Score, Sick Score, High Combo, collecting the S-K-A-T-E letters, and finding the secret tape. There were always two score tapes, the letters tape, and the secret tape along with a level exclusive one as well in the past, but now there are four level exclusive Park Goals per stage, which means you will have to do a lot more exploring of the different stages than in the past.

While not classified as a remake like Vicarious Visions’ recent Crash Bandicoot N. Sane Trilogy, Tony Hawk’s Pro Skater 1 + 2 almost feels like one in how much better it looks visually. All of the stages have the same layout as the original games, but now with a major facelift that makes it feel like a modern release. There were definitely some texture issues with loading here and there, but the speed that you are typically skating around at shouldn’t have you staring at one particular area for too long. This enhanced level of detail also really helps with some of the previously mentioned new goals that probably could not have been pulled off in the original games. 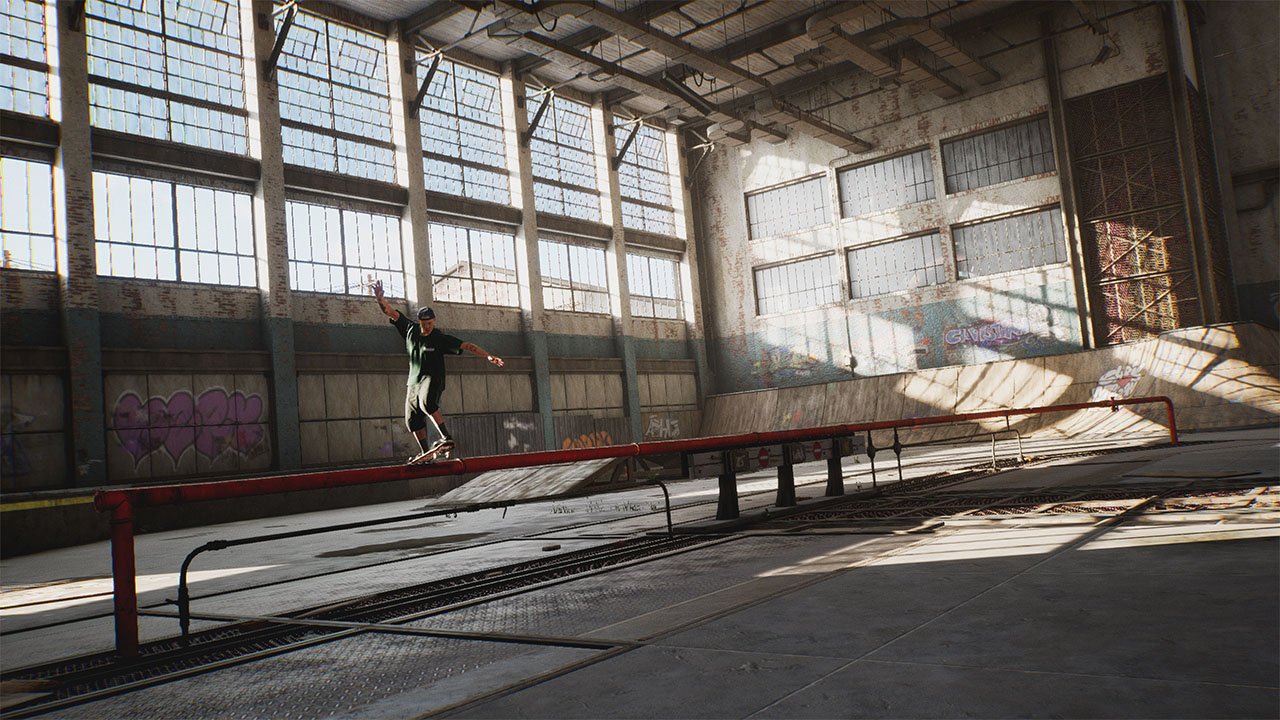 The visuals were not the only aspect of the game to be modernized, as the controls were updated as well. For the most part, the controls feel just as tight and precise as they did in the original two games, but the big addition here was that of Revert. This technique wasn’t added to the series until Tony Hawk’s Pro Skater 3, with it serving as an excellent way to continue your combos and increase that score multiplier. This is built right into the new controls, but you can also go into the menu options and switch specifically to classic controls for either of the first two games if you want. However, the addition of Revert without a doubt makes the gameplay better and the default control scheme is going to give you the best overall experience.

The addition of Revert without a doubt makes the gameplay better

Tony Hawk may be the titular athlete for the series, but he is far from the only skater that you can use in the game. Not including the pre-order bonus or unlockable skaters, there are 21 total real life skaters to choose from at the start in the game. On top of that, you also have the ability to create a custom skater as in the past. Regardless of the character you choose though, you are able to upgrade them over time by playing with them and finding Stat Points in each level. With these Stat Points, you can upgrade stats like Speed, Rail Balance, and Hangtime, with you even able to re-spec them anytime you want. Unfortunately, the Stat Points are not shared across each skater, so you will have to start from scratch if you want to switch skaters. This can definitely be a bit frustrating if you wanted to create your own skater later or just change to another one, as you essentially need to pick one from the start and stick with them throughout as a result. Besides working to upgrade your skaters in the game, Tony Hawk’s Pro Skater 1 + 2 also has a variety of different challenges for you to complete that will reward you with in-game items. There are a number of featured challenges that you can complete before more will pop up, but there are also static challenges for different skill levels and even skater specific ones as well. These challenges are fun to complete along the way, while also serving as some extra content to tackle after completing both Tours as well.

Tony Hawk’s Pro Skater already had some unique local multiplayer modes like H-O-R-S-E and Tag that have now returned for splitscreen action with friends. Online multiplayer has also been added to the game as well in the form of either casual or competitive matches with up to seven other players. While not directly playable online, the game also brought back the Create-A-Park feature that allows you to create basically any sort of skate park you would want that you can then share online with others. With the ability to grab other people’s parks and play them as well, this adds a lot more content overall for those that just love the basic aspect of skating in the game.

Known almost as well for its soundtrack as its gameplay, Tony Hawk’s Pro Skater had a number of iconic songs that people still associate to the series to this day. Not quite every song from the first two games were able to be brought back here due to licensing, but there are a lot of them that were. In addition to those being included, the game also has a number of new songs added in as well. Rather than these songs being assigned to a particular stage, you can customize which songs you want to hear in your playlist within the menu and it will constantly play throughout your entire playthrough. If you come across a song you don’t like, you can just press in on the right analog stick and skip to the next, which is a nice feature to include. 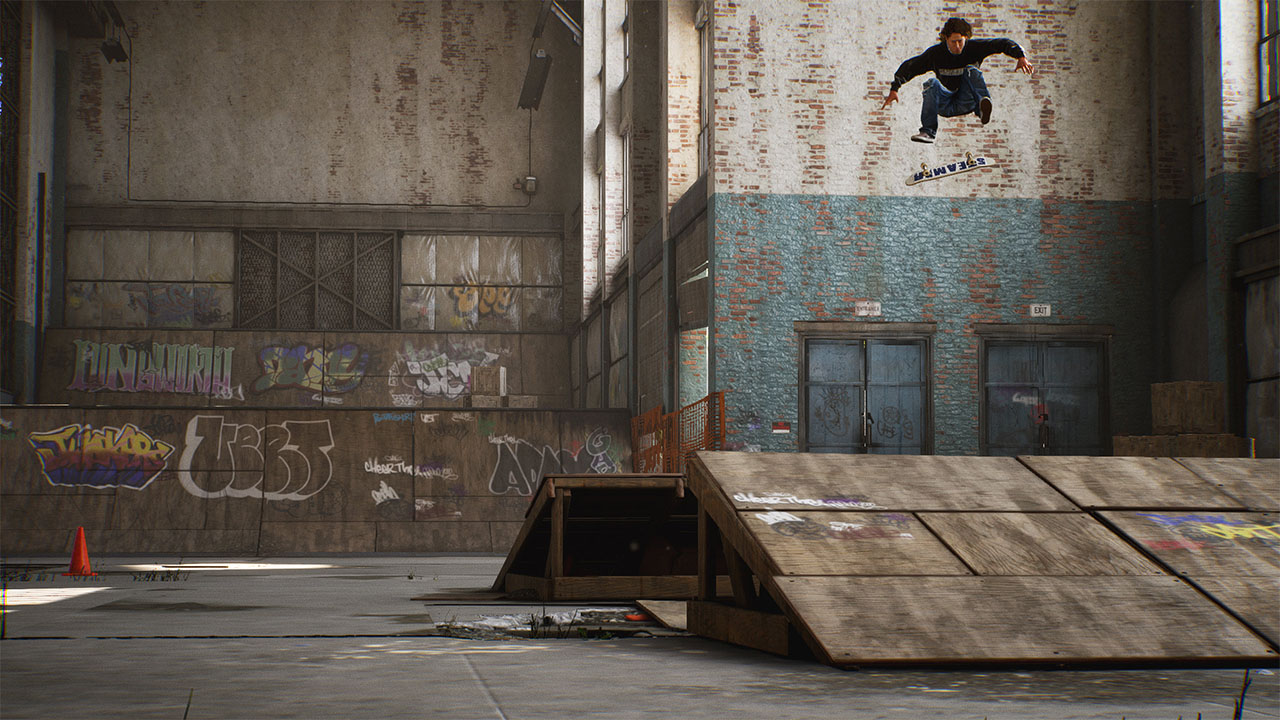 One of the many reasons for the failure of Tony Hawk’s Pro Skater 5 was how broken it was, including bugs and glitches that made playing the game a chore. Thankfully, Vicarious Visions managed to avoid those problems, with there only really being one bug that impacted my gameplay experience. This occurred twice after viewing the Park Goals Camera before a stage, which show you where each of the goals can be at least partially completed at. However, on two separate occasions the game messed up when trying to go back to the stage, where it would instead keep showing a loop of the cameras while the countdown timer would start and be counting down. It was not possible to just end the run and start over, as the glitch still remained. Instead, you have to go to another stage entirely or the home screen, with this happening in The Mall from the first game and The Hangar from the second game. This was more annoying than game breaking, but it is hopefully something that could be patched out if it is not just an isolated issue.

Tony Hawk’s Pro Skater as a series fell off a long time ago, with it once looking like the series may never see a resurgence again. This is probably why Activision enlisted Vicarious Visions to step in like they did with Crash Bandicoot and help to bring the series to its roots. The addition of multiple new goals within each stage makes them feel a bit more fleshed out than before, though it would have been nice to have seen a new stage or two thrown into the mix for good measure even as a remaster. The Tony Hawk series was always just pure unadulterated fun in game form and Tony Hawk’s Pro Skater 1 + 2 takes players back to those good ole days once again.

After falling off the board entirely with Tony Hawk’s previous outing, Activision has successfully gone back to the beginning and proven again what once made the series so iconic with Tony Hawk’s Pro Skater 1 + 2.