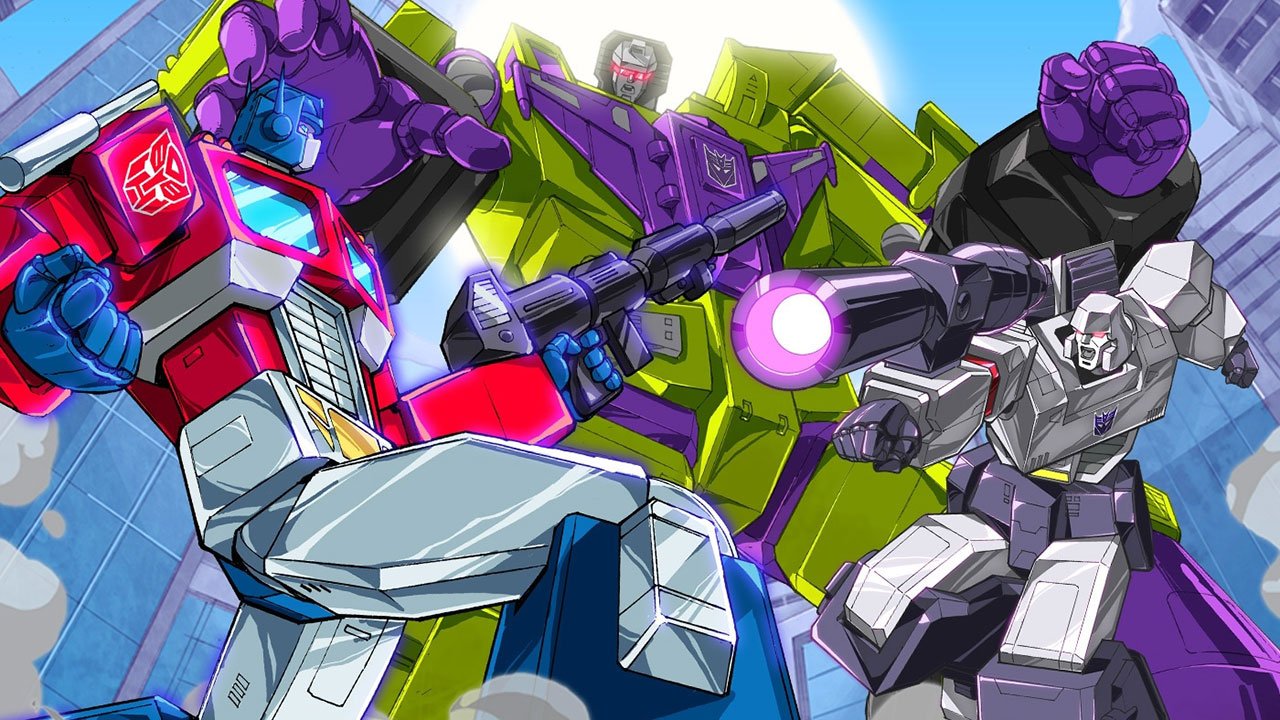 Over the last decade the Transformers series has seen somewhat of a revival.  While it’s veered sharply away from the 80’s cartoon and toy establishment with its grand scale movies from Michael Bay and video games from Activision– what’s old is once new again in Transformers: Devastation.  Leaning on the past more heavily than the most recent installments from High Moon, Activision taps Platinum Games (Bayonetta, Metal Gear Rising) to make a different type of Transformers game, one that’s based on the original Transformers TV series, using cel-shaded visuals to give it a cartoon feel as well as the developer’s prowess in making character action hack and slash titles.

Devastation allows players to control some of the most iconic robots in the series with Bumblebee, Grimlock, Wheeljack, Sideswipe, and of course Optimus Prime.  Each character has specific traits that set them apart from the crowd during the beat ’em up action, but if you’ve played previous games from Platinum you’ll feel right at home with a wide variety of attacks, lengthy combo chains, and a dodge capability that slows time, much like what we saw with Bayonetta.  Devastation doesn’t quite have the depth that some of Platinum’s previous entries do, but there’s a little more variety between the different Autobots than we’ve seen in any of their previous games. There’s a good flow to the combat in Transformers: Devastation, something that we’ve come to expect from the developer in recent years.

Transformers: Devastation’s combat is fun at first but can become a little bit mashy as the game wears on.  The “Witch Time” style dodge move is easy to abuse and while you’ll face a who’s who cast of Decepticon baddies along your journey to save Earth, you’ll ultimately end up using the same tactics over and over as the game rarely makes you deviate.  Things can get a little bit harder if you play on the more difficult skill levels, but if you aren’t concerned with achieving S rank scores, Devastation offers little challenge on its normal setting.  Previous games from Platinum feel more varied in their combat, and while Devastation does offer some variety in terms of third person shooting, vehicle transformation attacks, and melee combat, I think its a lack of variety in the enemies and the strategies required to defeat them that really pull the game down from being something very special.

At first glance, Devastation is a fantastic game.  The cartoon aesthetic, the campy storyline, even the voice actors all usher in a sense of nostalgia.  Furthermore, hack and slash feels like a perfect fit for the Transformers franchise, but ultimately it feels like has very little depth.  A very short campaign, a half-baked loot and upgrades system, and an unrewarding challenge system make this a one and done experience.  That one playthrough is pretty special for Transformers fans though.  Almost every major character is tapped in the Transformers universe, as Devastation constantly has you squaring off against the biggest and baddest Decepticons, but what lies between is unsatisfying filler.

Platinum does there best to try and take your eye away from this by integrating some different types of gameplay segments, though none feel as rewarding as the boss fights.  An awkward top-down mission that has you transporting raw energon, a 2-D side scrolling mission that has you battling in a highway chase, and various optional side story content scattered throughout the game, this formula we’ve seen from Platinum in the past, and it’s just as jarring as the Space Harrier type missions we saw from the developer in Bayonetta.

What was a complete shock was the loot and upgrades system that we see in Devastation.  On the surface, it appears there is a lot to collect in this game.  Vanquished enemies drop different types of loot, bosses drop iconic weapons, and there are various storage caches that will add to your inventory, but again, as you try to dig a little deeper into these systems they feel somewhat shallow.  Devastation has systems for upgrading your character using currency scrapped from fallen foes and completing levels.  This same currency can be used to combine weapons into more powerful variants, and it’s all tucked away in the Autobot homebase of the Ark.  It’s a nice unexpected touch of fan service and perceived depth to the gameplay.  What’s shocking isn’t that this is included in the game, but that it feels unnecessary due to weapon upgrades feeling like they have very little impact on the combat.

Platinum Games’ take on Transformers is an interesting and welcome change of pace for the property.  The developer’s brand of polished, fast-paced, flowing combat feels right at home in the Transformers universe.  For fans of the original cartoon series, this is a can’t miss title even if its beauty is only skin-deep.