The latest news in the world of video games at Attack of the Fanboy
June 24th, 2016 by Mike Guarino 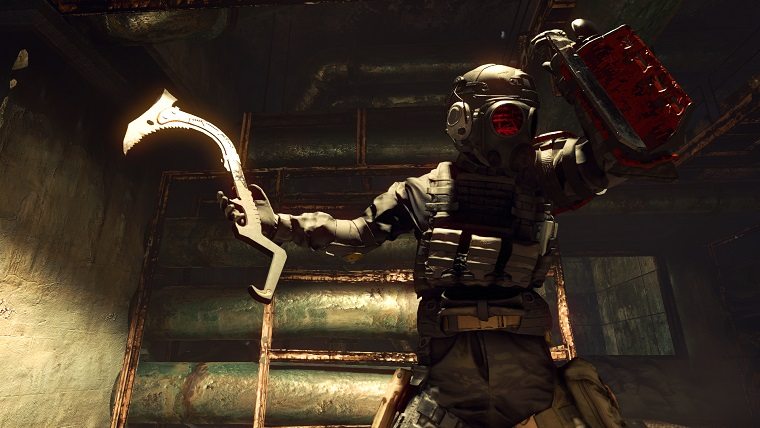 There’s been an arcade element to the Resident Evil series for many years now, which was delivered via side modes like Resident Evil 2’s The 4th Survivor or Resident Evil 4’s The Mercenaries. These modes allowed gamers to take a break from the main story and just focus on distilled arcade action contained within familiar settings, which were nice compliments to the main game. Umbrella Corps essentially aims to be one of these side modes, albeit in a more fleshed out and glorified manner, but in doing so it tries to bite off more than it can chew.

The game is a 3v3 shooter with both an online multiplayer and offline singleplayer component, but there are conflicting ideas within its mechanics that have trouble gelling together. It’s a third-person shooter that features things like cover shooting and a tactical wheel to issue commands to your team, but the movement speed is so quick that it’s nearly impossible to be tactical in the game at all. This is compounded by the fact that maps are generally small and matches can end in as little as one minute, meaning that its aspirations of smart and more methodical gameplay just aren’t feasible.

Even still, despite the game not knowing what it wants to be, it’s not the disaster that early footage or previews suggested. In terms of it just being a fast-paced third-person shooter, it looks and plays well enough and the gunplay feels solid with a decent arsenal of customizable weapons to choose from. The snake-like prone movement that looked ridiculous in early footage is actually really fun to utilize, slipping through vents and small passageways to sneak around your enemies undetected. The game’s seven maps are taken from various eras of the Resident Evil series, and while many of them are forgettable, maps like Resident Evil 4’s village or Resident Evil 2/3’s Raccoon City feature lots of obstacles, passageways and verticality to keep the matches interesting. 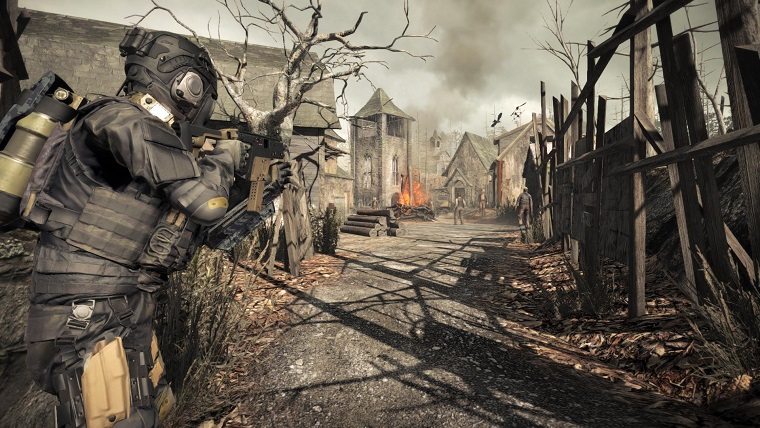 Unfortunately, the fairly satisfying gunplay is let down by some big balancing issues, particularly with the melee weapon called the Brainer. Everyone on each team has access to this deadly weapon at all times, and when you have it equipped your movement speed is greatly increased and the weapon can kill enemies within a wide range in just one hit. This results in some teams defaulting to this weapon and just barreling around the map while swinging it like a maniac, and considering that the maps are mostly very cramped you often don’t have time to even react. When both teams decide to play with mostly guns it’s manageable, but when you get a full team of Brainer-wielders it just becomes madness.

The online portion of Umbrella Corps features just two modes, though one of them has a revolving door of mini-modes contained within it. The first mode is a pretty standard deathmatch mode called One Life Match, taking on a Counter Strike-like approach as one death takes you out of the action until the end of the round. The Multi-Mission mode contains modes like your typical deathmatch, item collection and control point modes, though they also throw in modes that have you racing the other team to take out the most zombies or super zombies and collecting a certain amount of their DNA. There’s some quick fun to be had in these modes, but the aforementioned flaws will pop up often enough to make it a mixed bag of an experience.

This leads me to what is easily the best feature that the game contains, and that is the zombie jammer. Each match contains a host of varying types of zombies sulking around the level, though at first they won’t bother you. However, that is because each player has a zombie jammer on their back, and if that jammer is taken out then the nearby zombies will suddenly start coming after them and can kill them quickly. This results in some very interesting gameplay possibilities as campers who think they’ve found a safe spot can suddenly find themselves swarmed by zombies, and the zombies themselves can be used as distractions to get the jump on your enemies. 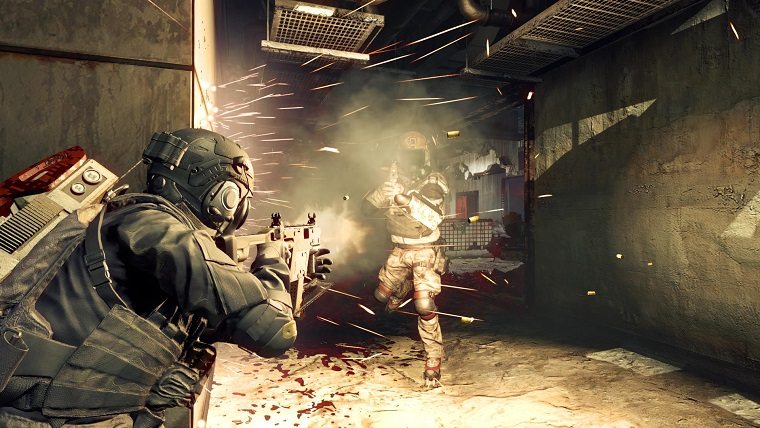 There’s also a singleplayer mode called The Experiment that has you rushing through quick challenge stages, tasked with completing objectives similar to the ones found in the online portion. It’s a decent mode that can put up a challenge, but it’s nothing to write home about and would have been more fun if it allowed you to play it with others. There are some light story elements that aim to give a little context to what you are doing and create some form of a narrative, but it’s pretty disposable. The mode serves more of a way to get your feet wet with the gameplay and learn the layouts of the maps before taking things online.

At the end of the day, Umbrella Corps is a messy game that nevertheless has some strong points that shine through despite its problems. While it can’t decide if it wants to be Counter Strike or Quake, there’s still some solid gunplay action that can be had with the right teams. However, it’s a game that needed more focus in its development and more polish to fix the balance issues, as there are some cheap gameplay methods that can ruin the experience for everyone. It’s not the disaster that it could have been, but it also isn’t something that’s worth putting at the top of your game pile.