The Swan Song of the Franchise is available on PC. But is it enough? 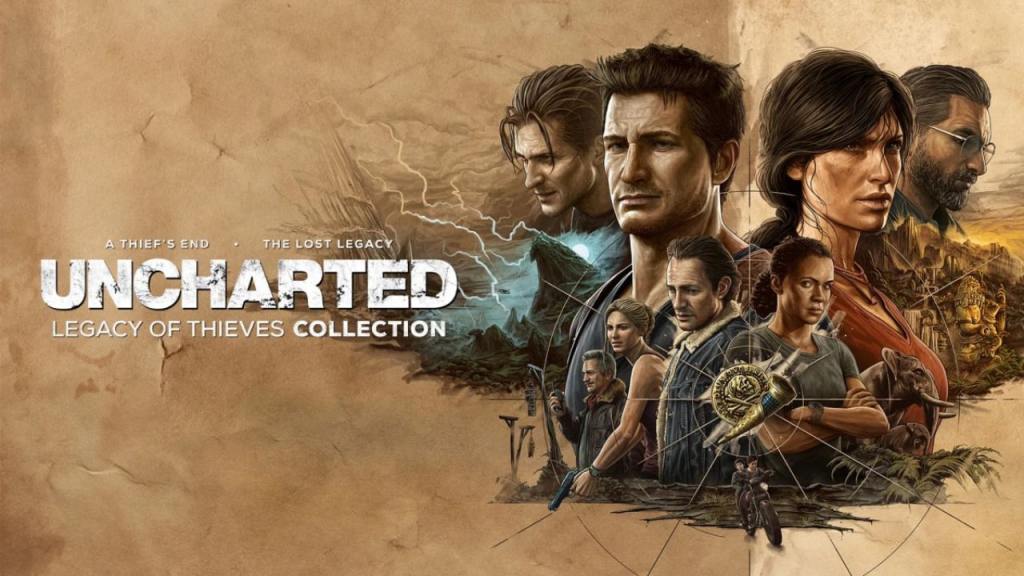 As the years continue to fly by, the Uncharted: Legacy of Thieves Collection ages like a fine wine. No matter if you got a chance to enjoy Uncharted 4: A Thief’s End when it was first released, or if you had your first taste of it when it launched earlier this year on PlayStation 5, it’s still hard to find an adventure title that can match its energy and storytelling.

While much praise has been heaped upon this franchise, the fourth and final numbered entry is something that I, personally, haven’t experienced yet. While owning a PlayStation 4, there were plenty of other blockbusters that preoccupied my time and made me forget about the series for quite some time. As my first venture into the two titles included in this collection, I was blown away.

A True Legacy To Withhold 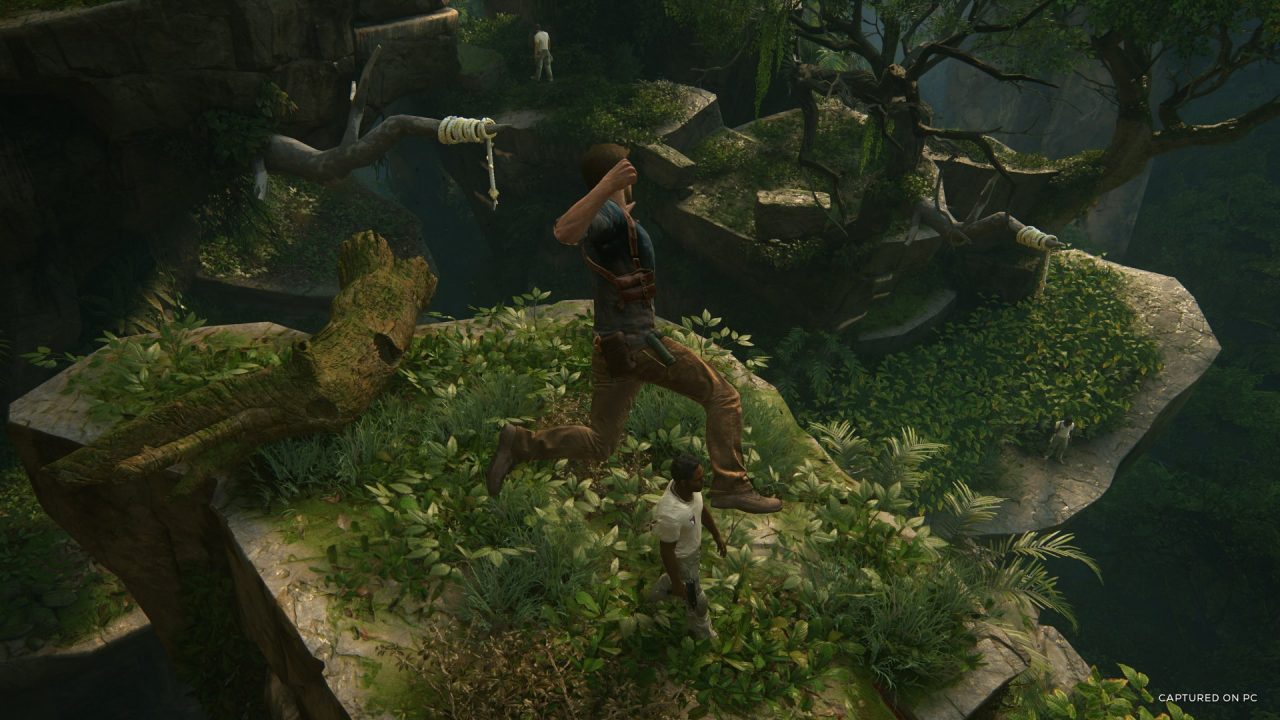 Years prior, I had played through all of the previously released Uncharted titles. While most of my memories stand with the second entry, every game in the franchise had more than its fair share of moments that were genuinely pulse-pounding and exciting, especially for a long-time gamer.

When Uncharted: Drake’s Fortune initially launched for the PlayStation 3, the idea that a character would have dynamic animations when they would pop into the cover system was something unheard of at the time. Alongside the graphical fidelity that the title showcased back in these early years of HD gaming, it was hard to believe that the series could ever improve upon that.

Uncharted 4: A Thief’s End was easily one of the most astonishing PlayStation 4 titles, but this subsequent re-release on PC has improved the quality to new heights. While this game was already a stunner on PlayStation 5, the ability to tweak your graphical settings to your exact liking and aim for higher framerates than you can achieve on consoles is something to behold.

While I don’t have the most powerful PC in the world, it could be said that my device is quite modest. Running a Radeon RX 6600 and a Ryzen 5600x, both titles in this package ran like a dream. With every graphical setting maxed out, I was able to run this title in 1080p without a drop under 60fps, and many times running on average between 80-90fps.

The optimizations that were done to allow many different gamers the chance to experience these titles are something that deserves a round of applause, as even with the enhanced models turned off, you’ll still have quite a looker of a game. Naughty Dog has been known to push consoles to their limit, and with their recent interest in releasing titles on PC, we can only wait to see how other remakes are bound to look on the horizon.

Alongside these options, you’ll also be able to put NVIDIA and AMD technology to the test, and see how much you can make your system work with the DLSS and FSR that can make these games run better than ever before, even on some of the weaker cards on the market.

The lack of further graphical options is disappointing in the long run and tends to hurt the overall price point of the title. While Ambient Occlusion helps to solidify the realism that the world showcases around you, the lack of Ray Tracing and other options that could help take advantage of this more powerful hardware does feel like a missed opportunity.

Seeing these games taken to a whole new level on PC would have been a sight to see. These titles do look stellar, but with a few more options available to players, it could have helped solidify this as one of the best-looking titles available on your computer. We can’t imagine it will be long before a mod adds in Ray Tracing to push it to the next level if we are going, to be honest. 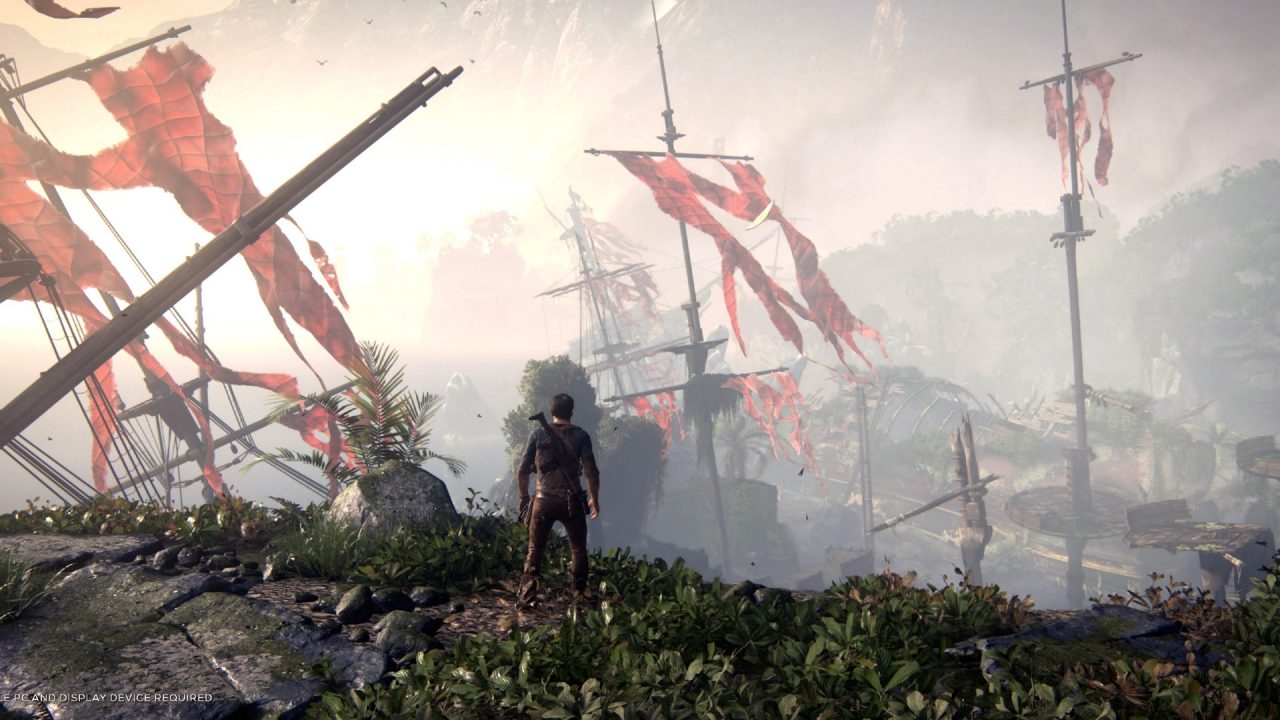 Depending on the type of player you are, if you aren’t a fan of using a controller to play these types of titles, you’ll be able to navigate around these well-crafted worlds with ease using a keyboard and mouse. While it still feels weird playing a game that knowingly was built with a controller in mind, the port handles these with surprising ease.

Switching between these two control methods during the review, players have a plethora of options that can help them along the way. Accessibility is something that Naughty Dog has been putting at the forefront of their games for quite some time now, and the ability to mess around with plenty of different options to help you ease your way into the game is something that helps it be playable for many.

If you’re a fan of movement with a controller, but can’t seem to nail a hit on your enemy, you’ll be able to lock on to them while aiming. Some purists may say that this makes the game too easy, but it’s something that opens it up for players of all skill levels. The story that unwinds in these titles is something that many players would love a chance to experience, and these options will allow that to happen.

While the accessibility options may not be as robust as they are in The Last of Us Part I, you’ll find that there are more than enough options here to help anyone experience these titles in their full glory. Be it a press-to-hold rather than tap for Quick Time Events, or the previously mentioned lock-on option for gunfights, you could hand the controller to just about anyone and watch them enjoy themselves.

Surprisingly, a game with this much movement feels as well as it does on a keyboard and mouse, but there were plenty of times that I found myself gravitating toward this control method. Especially when it comes to gunfights, where a perfectly placed shot between the eyes can end a confrontation before it starts. No matter how you play, you’ll feel right at home.

The Price Of Being A Hero 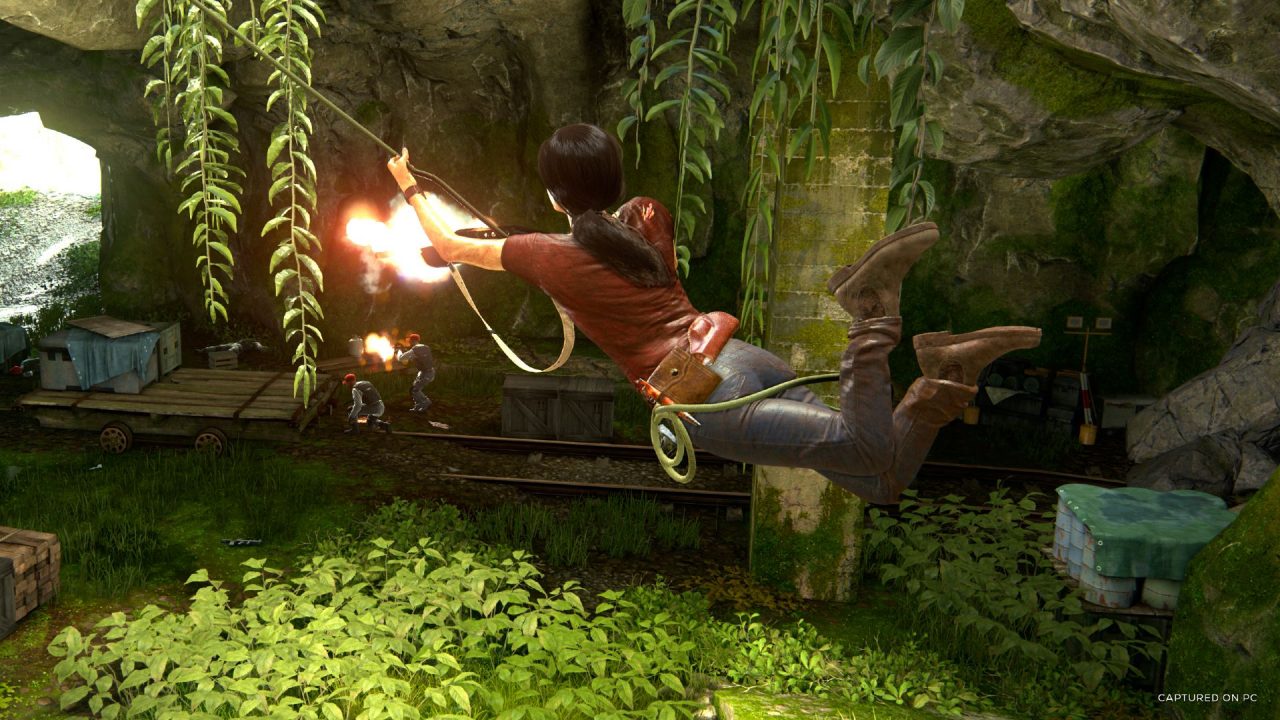 Inside this package, you’ll find that you’re able to get your hands on two of the greatest adventure titles ever created: Uncharted 4: A Theif’s End, as well as the stand-alone title Uncharted: The Lost Legacy. With a basic menu allowing you to choose whichever adventure off of the bat, you’ll be swinging, shooting, and bludgeoning baddies in no time.

Being able to jump into these two titles for the first time on PC is something special, but it also feels a bit out of place. The main reason for that is because of their placement on the timeline. Uncharted 4 is a beautiful send-off for Nathan Drake with plenty of self-referential jokes and humor poking at previous adventures that you’ve been on in the past.

And on the other side of the golden coin, you’ve got the Lost Legacy, which puts you in the shoes of Chloe. If you’ve never played the series before, you may not even know exactly why she is as important as she is to the series until further into this title, as well. It’s amazing to see these titles find a new life on a new ecosystem, but without the previous entries available on the same platform, it feels a bit strange.

Naughty Dog has already brought the Uncharted Series to life on a few different generations of platforms. With the remastered Trilogy being released on the PlayStation 4, it may be an excellent idea to bring these to the PC in the future so that way fans can experience the franchise in its full glory, rather than just the ending notes.

Does this feel like a cheap cash grab or anything like that? Not in the slightest, as there have been meaningful tweaks made to the game before its release on PC to ensure that it runs well on any hardware, not just the latest and greatest. However, releasing the final games in the franchise on a new machine does feel a bit strange, especially if you’ve never gotten a chance to play the previous entries before.

As a swan song for the series, the Uncharted Legacy of Thieves Collection delivers on the grandeur for which the series is well known. Whether this is your first time exploring these detailed and beautiful worlds or your fifteenth, it’ll be hard for you to come across a package of adventure games that can deliver the thrills and chills that these titles can.

While it’s baffling that you can’t play the previous entries on PC, the finale for the franchise feels right at home on this machine. With the graphical bells and whistles that lay under the hood and storytelling that still holds up well to this day, you’re in for a treat if you’ve never experienced these titles before.

However, if you’ve already played through this title on a previous console, there’s not really much of a reason to purchase this once more. If you’ve never experienced these adventures due to a lack of time or a backlog that just doesn’t seem to quit, now is the perfect time to dive in on any console of your choosing. If you’ve got this on PlayStation 5 already, however, there isn’t a reason to double dip.