The latest news in the world of video games at Attack of the Fanboy
January 31st, 2015 by William Schwartz 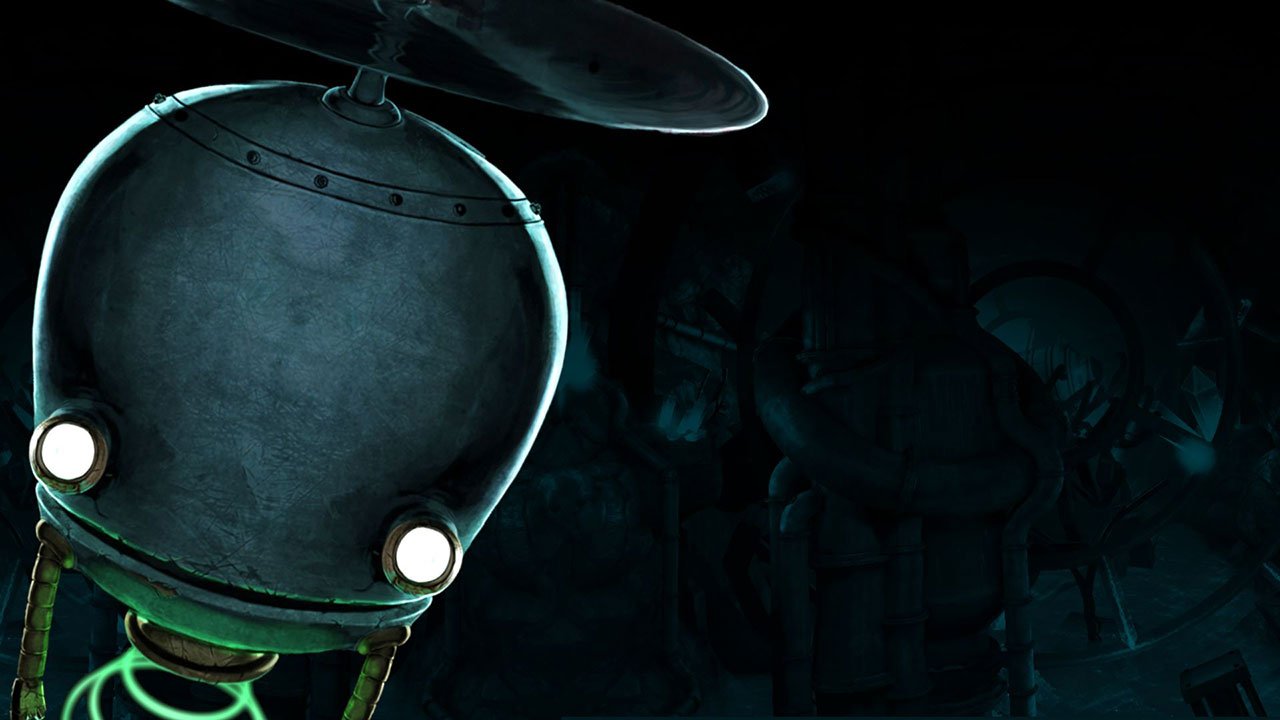 Back in 2012 Talawa Games’ surprised with their no frills puzzler in Unmechanical. With minimalist story telling techniques, some thought provoking puzzles, and beautiful visuals, this game which started out as a student project arrived on PC, and then later on mobile devices. Unmechanical has recently made its console debut with the “Extended” Edition, and is heading out to the Xbox One and PlayStation family of devices with some additional content added to the previous release.

Unmechanical: Extended is a puzzle game primarily, it doesn’t have much of a story to tell, despite putting the player in control of a cute little robot who’s been whisked from the surface world to a dark mechanical labyrinth. You aren’t told much about this robot. It doesn’t have a name, or a number of options to choose from when controlling it. The premise is pretty straight forward — you can fly around using the rotor on the robot’s head, and you can grab stuff with a tractor beam of sorts to open doors to further your progress. 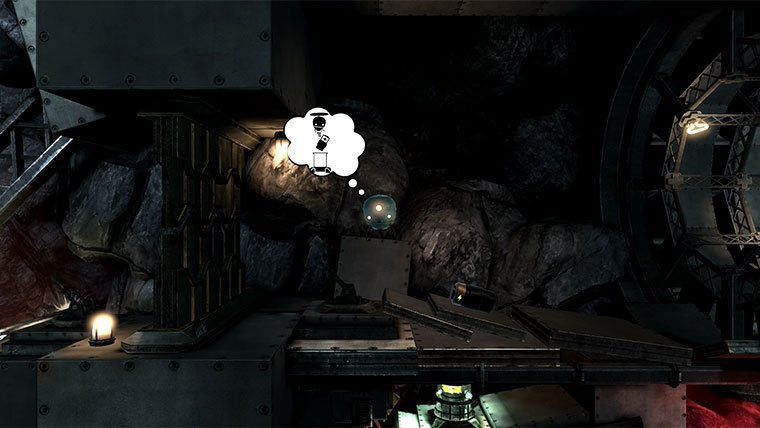 The good news about Unmechanical: Extended is that the puzzles you encounter are varied and it’s an absolute beauty to look at. The bad news is, it’s a pretty short game that leaves a lot to the imagination. But for the four hours or so that it takes to complete both the original and additional content, Unmechanical: Extended will certainly make you think.

The diversity in Unmechanical’s puzzles doesn’t really carry over to the visuals and overall presentation of the game. The soundtrack lacks variety and is mostly somber, to match the bleak world that this robot is bumping around in. That’s not to say that Unmechanical is a bad looking or sounding game, as it is not. It’s actually quite pleasing to look at, with beautiful lighting, splashes of color, and levels designed to draw your eyes to areas which will give you clues on how to progress.  It’s very cohesive and atmospheric.

Considering just how few options you have to interact with the world, some of the puzzles found in Unmechanical are pretty good, even if they ultimately end with you pulling a lever or pushing a button. There are physics based puzzles, memorization exercises, logic tests, and dexterity challenges. They’ll require you to think outside the box in many instances, with many of your clues being the environment itself. On the off chance that you do get stumped, you can also use hints that help get you on the right path to clearing the current hurdle to your progression. These hints will come in handy at times. Minimalist as it may be, there are many instances in Unmechanical where you aren’t given much to go on, puzzles that give you zero clues on how to solve them. Some will leave you wondering if they were actually clever, or just too cryptic. 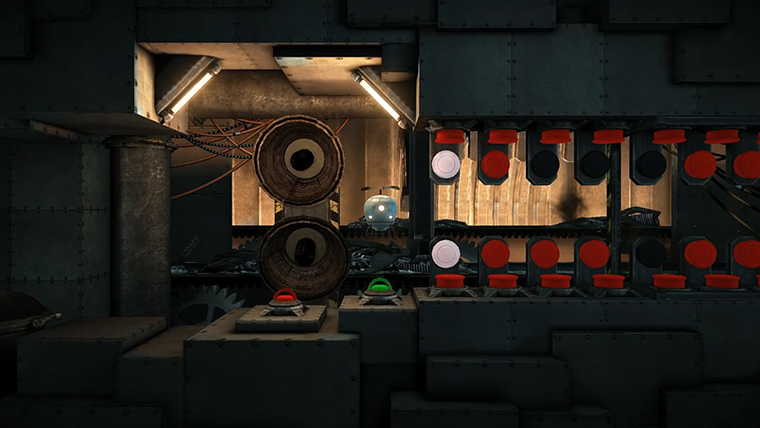 The Extended portion of the game tries to tie a bit more of a story into the mix, but it’s still entirely open for interpretation. A separate experience from the original, seemingly taking place after the events of the first, the Extended portion of Unmechanical sees you captured again.  Taken below, although this time with an AI controlled counterpart, who you’ll be working with to solve some puzzles. When this secondary character is introduced, it appears that this will be a less lonely adventure, and that there may be some entirely new dynamics added to the game.  Sadly there are not, or at least not to the point where it feels like anything but a wasted opportunity.  This portion of the game also adds a bit more difficulty by limiting your character’s already limited abilities.  After an accident in the early parts of the Extended content, your character only has the power to move for a few seconds. This adds a new twist to the gameplay that wasn’t seen in the original. Overall though, the new content is familiar territory for those who played the original, and there’s not much of it.

Unmechanical: Extended’s presentation will please, and its puzzles will challenge you for a few hours, but don’t expect it to do much more.  The complete lack of context and non-existent story give you nothing to latch on to.  The variety of puzzles found in the game don’t have much replay value, and even on the first go round, the more ambitious ones can certainly frustrate.  That said, there are plenty of worse ways to spend an afternoon than with Unmechanical: Extended.