The latest news in the world of video games at Attack of the Fanboy
September 2nd, 2014 by Anthony Decicco 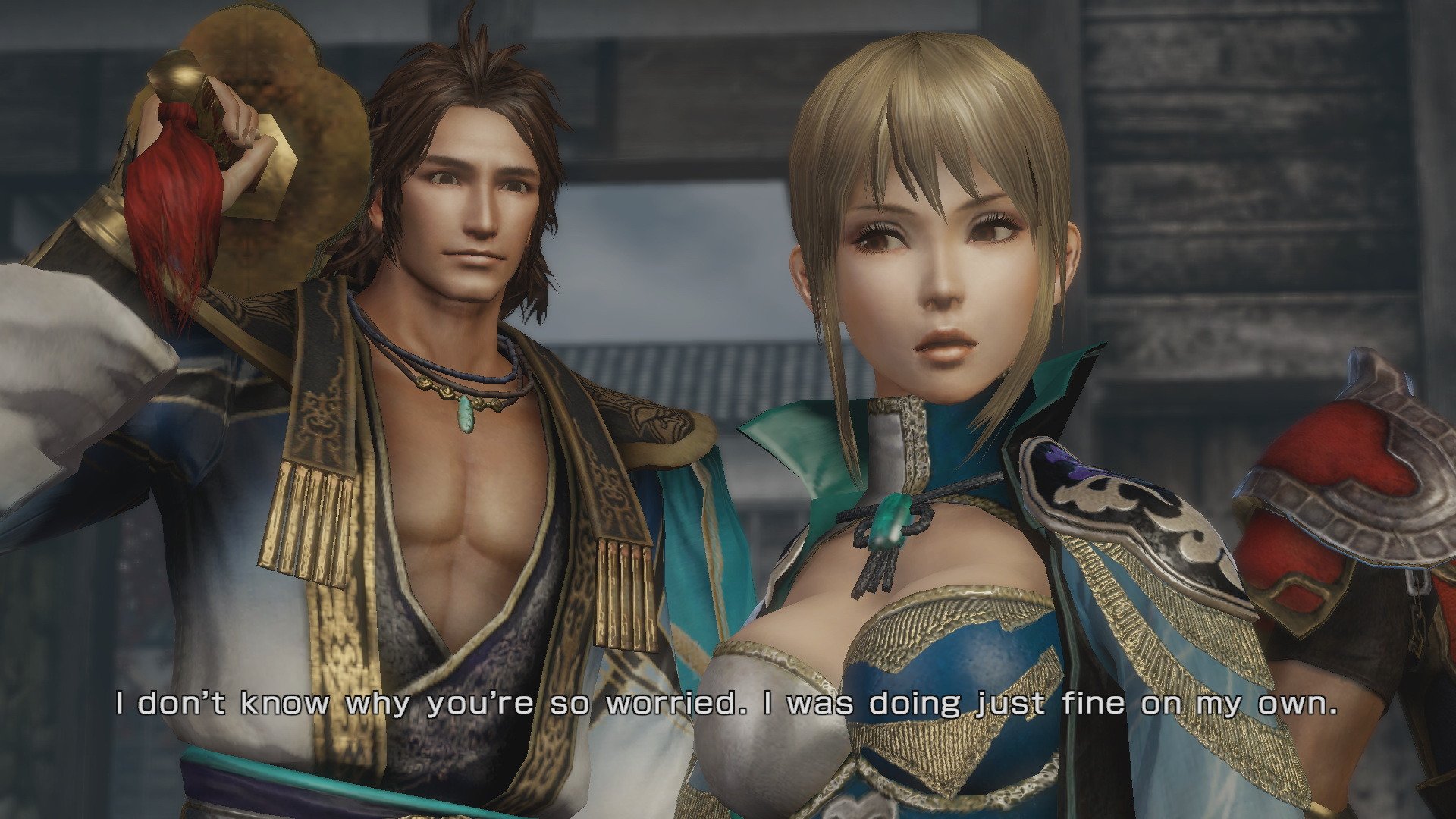 Warriors Orochi is the widely known hack and slash adventure game that takes it’s characters from various Tecmo-Koei franchises, such as Dynasty Warriors, Atlier, Dead Or Alive, Ninja Gaiden and various others. It is essentially a mash up of a roster of fan favorite characters that are not only fan service, but manage to fit in line with the story. Does Warriors Orochi 3 Ultimate live up to previous entries and warrant a new purchase for fans and newcomers alike, or is it another small update for next-gen consoles that is used as a way to milk an existing franchise?

Judging by the time I have spent with Warriors Orochi 3 Ultimate, I would have to favor the former. It is an engaging and fun update to an already juicy and stuffed entry in the franchise. It manages to add so much but still keep the player focused on the crazy narrative and offer challenging gameplay throughout. The meat of the entry still comes from the Story Mode which offers up a story where the timeline of the warriors of the three-kingdoms has been torn asunder since their rebuilding at the end of Warriors Orochi 2. Now an eight-headed serpent beast called a Hydra has appeared and the warriors are picked off one by one attempting to defend their kingdom as the others are brainwashed by the evil Da Ji. Three warriors manage to escape, Ma Chao, Sima Zhao and Hanbei Takenaka, whom are helped by the Moon Princess Kaguya and her time traveling powers. Through the course of the game she sends them back in time so they can relive key points in the battle against Da Ji’s forces and rally more warriors to their cause, building a coalition of warriors from across various worlds and timelines. Many of which who drop into the battle through rifts in the dimensional portals such as Ryu Hayabusa. Ultimate upgrades the story to allow a total of one-hundred and forty-five (145) playable characters and even more endings to the story, as well as more missions to undertake. This includes redux missions and alternate stories that even allow the player to play from the enemy perspective. This forms a grand total of roughly one-hundred and seventy five (175) missions for the story mode alone.

The gameplay has also been revamped in a few areas for the Ultimate entry. Warriors still gather at an ever expanding camp that grows as you progress the game. You can combine weapons to create more powerful ones at the blacksmith and interact with other warriors for conversational tidbits and even unlock new missions based on whom your player character is at the time. During the gameplay portion, you will be require to choose three warriors to go into battle with, you can choose your favorites or go with a ‘recommended’ team which is essentially a team that has the most to do with the particular battle story-wise. From the pre-battle menu you can edit your loadout including items to equip on each character and undertake sub-missions, such as killing 300 enemies in 10 minutes for additional bond points with the quest giver and gems (more on those in a bit). During the gameplay, which remains largely unchanged for the better. Players are given the option to switch between the three warriors they have brought into battle by pressing the trigger buttons or they now have the ability to have all three of them out in the battlefield at once and they stick by you creating an ‘electric’ type of connection as you fight side by side. There is also a blue gauge which is the True Triple Attack gauge. Once full, players can press both triggers at the same time for a devastating attack where the player controls their warrior and the other two are AI controlled, as they essentially go on a rampage and anyone they touched during this time more or less, explode as the team poses. Co-Op is available and each player can control their own team which is pretty cool.

Gems are the currency of Warriors Orochi and bond points are points that help you strengthen the bond with each warrior in your coalition, a certain bond ranking (each character has three bond rankings) is required to unlock some side-missions. Each character also has a ‘special relationship’ set of warriors that it is wise to max the bond out with as they contribute the most to that specific characters story or have a past with them. Bonds can be raised by playing with the characters in battle or by spending money at the tea shop for a tea party. However, the later can only raise it to a certain point and you will be required to take warriors into battle to further the relationship. 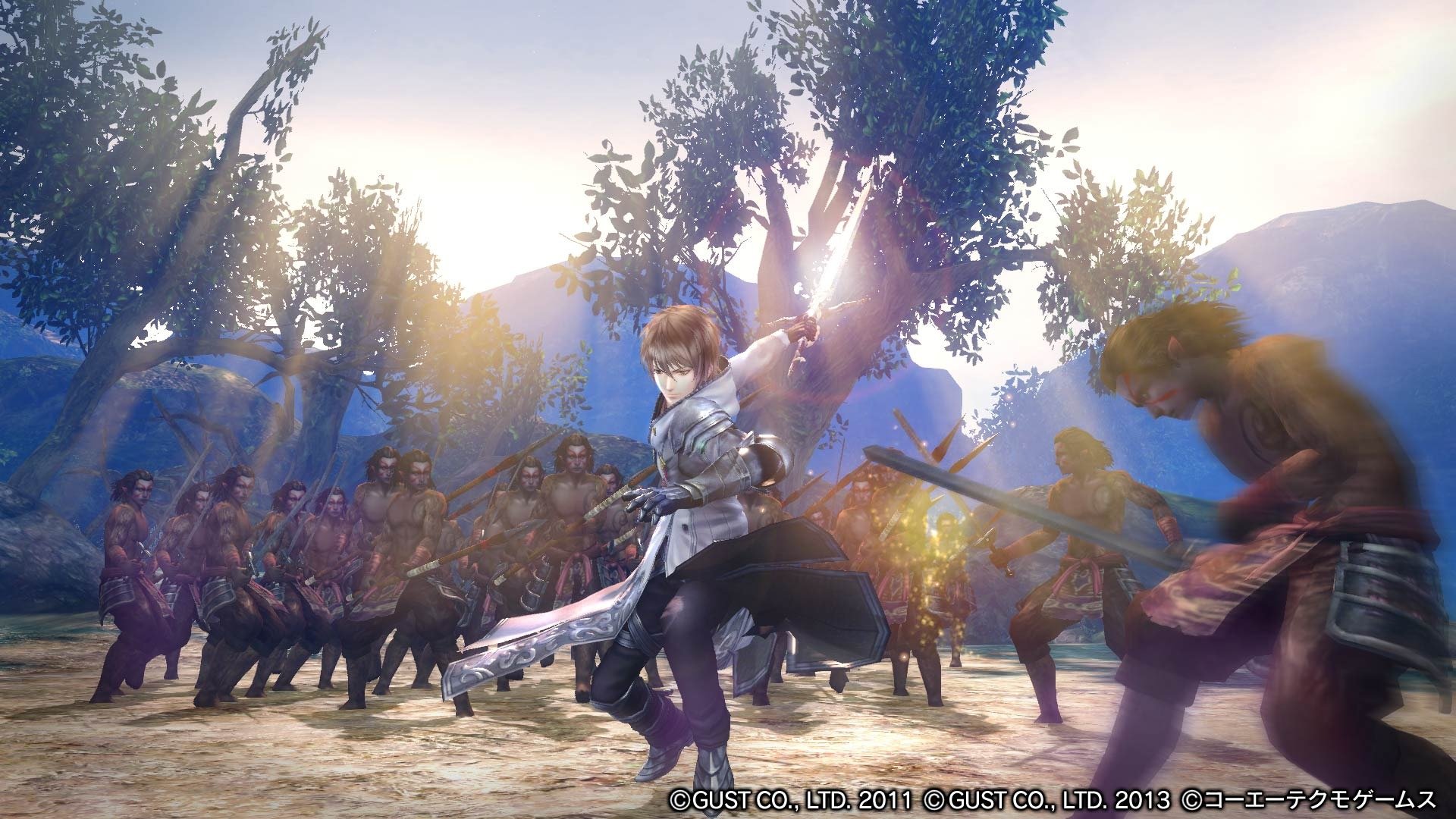 Warriors Orochi 3 Ultimate also adds a few new modes to the mix. Gauntlet Mode is not a mode for the faint of heart as it can be difficult. Unlike the main story mode, Gauntlet is made up of a team of five warriors.  The team is picked for the player once they start and until they are able to unlock more characters it is pretty much set. Once they progress in the story they will unlock more warriors as they vanquish them in battle and Kaguya (Mystic) is able to unlock them for use. Players can also customize each warriors outfit colors in this mode if they wish.

Gauntlet’s levels are made up of ever changing battlefields, in which the map is cloaked in a fog of war which is explained to be misama or dark energy. Misama plays an important role in this mode as there is a gauge at the bottom right that shows you what level the misama is at, as that grows higher the enemy health is increased and they do more damage to your warriors. As the danger is increased, so is the rewards as these higher level warriors also drop weapons and items. When you explore you will come across blue dragon portals which can be activated by standing on them and holding the corresponding button, which drains miasma slightly in the area and often reveal more of the area for you. There will also be treasure chests which hold a variety of items, weapons, gems, and orbs for upgrading weapons. The goal of Gauntlet mode is to clear an area by finding the dragon portal that reveals the escape point and allows you to leave the area and return to camp. Misama clouds can appear and summon otherworldly enemies and even more powerful warriors so danger is always apparent in Gauntlet mode. Once you beat a battlefield/level you earn a keystone, which are required to unlock another level. Back at camp, you can talk to Kaguya to take on cumulative missions such as defeating 50 enemy officers or 9999 enemies and others. The rewards for these missions are great, offering orbs which are rare to come by in the early game. Gauntlet allows the player to pick from various formations on and off the battlefield which can decide the difference between life and death in this mode. Some formations have the party split up and others keep them close to allow them to feed off each other’s strengths. The benefits range from having a faster replenishing musou gauge, having dead allies rise in battle after a certain amount of time or other benefits. The growth points and orbs you gain here will also carry over to story mode just like any other of the various modes.

Duel Mode turns the game into a tag team fighting game of sorts. Allowing you to pick a three warrior team from the roster you have unlocked and have at it either offline versus AI or couch co-op or online. You can select up to four cards that are set to the d-pad and give you various boosts and usually only work if your next attack hits. They are kind of cool and sometimes can turn the tide of battle. They have a cool down so you will not be able to spam them during battle. Cards have to be collected by playing through the story and unlocking warriors. Winning battles in Duel Mode garner rewards such as growth points and gems. It also has a survival mode that gets progressively harder as you advance. Another mode worth mentioning is the Musou Battlefield mode that allows players to create, edit, and share their battlefields online. Once they clear it during the game they are able to edit a map or battlefield in this mode. You are able to replace warriors, create more aggressive enemy behavior or alter the game audio among other aspects. Ultimate no longer requires edit points to do these actions. 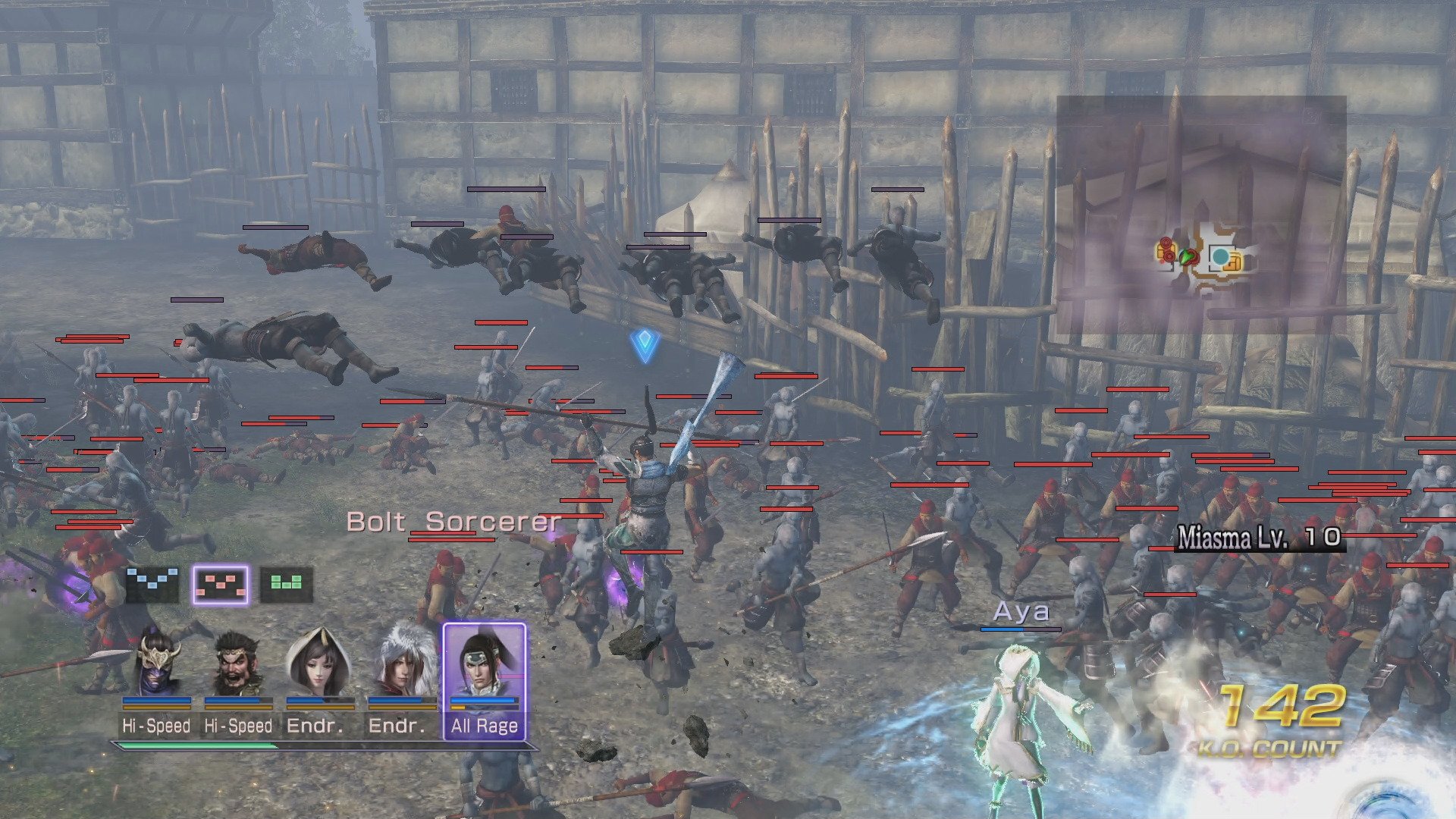 Warriors Orochi 3 Ultimate has a slight advantage on the Playstation 4 as it allows for cross-play and cross-save including the save data from the original Warriors Orochi 3 on Playstation 3. Overall the game is a great graphical improvement as well offering new lighting and up to one-hundred soldiers on screen at once allowing for the immersion of the battlefield. Fans of the either the Warriors Orochi series or Dynasty Warriors should look into picking it up as it is great for fans, especially if they skipped the previous outing waiting for the Ultimate version. Newcomers might be overwhelmed but it will surely sink a lot of hours of game time in the end. Despite a few shortcomings, and various glitches that can be expected in a game that has over one-hundred characters on screen, it’s a must have title for fans.