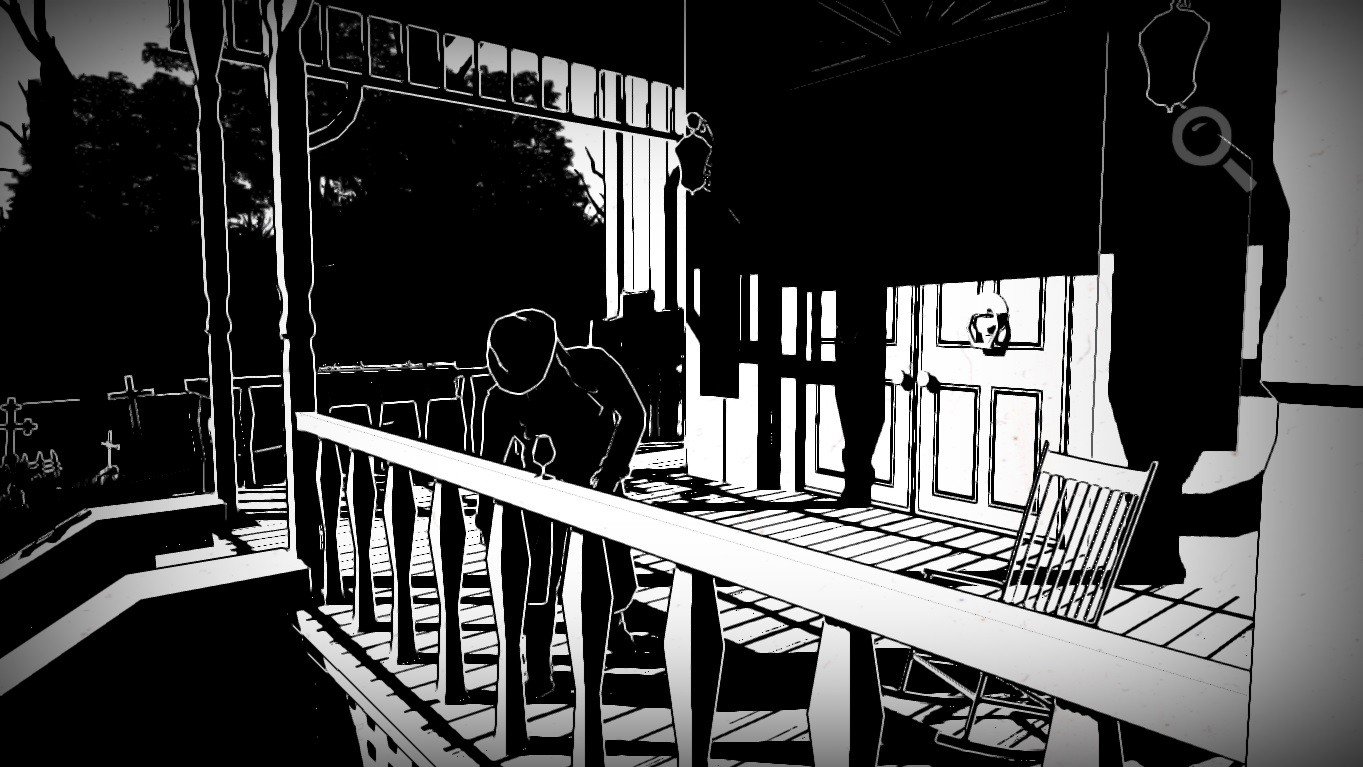 Horror survival games in recent times have been mainly of two varieties, either one where you have to fight swarms of ugly looking monsters and/or zombies with weapons and guns like one would in Resident Evil and Dying Light or play a more passive role as you try to sneak your way around said monsters for survival in games like Amnesia and Slender.

However, the thing one would notice when playing these games is that they are predominantly played in the first-person. It seems to be widely accepted by modern horror game developers that the maximum amount of scariness is extracted from the player when they see and experience the world that the developer has built directly as if through the player’s own eyes. White Night shows us that this need not be the case at all. 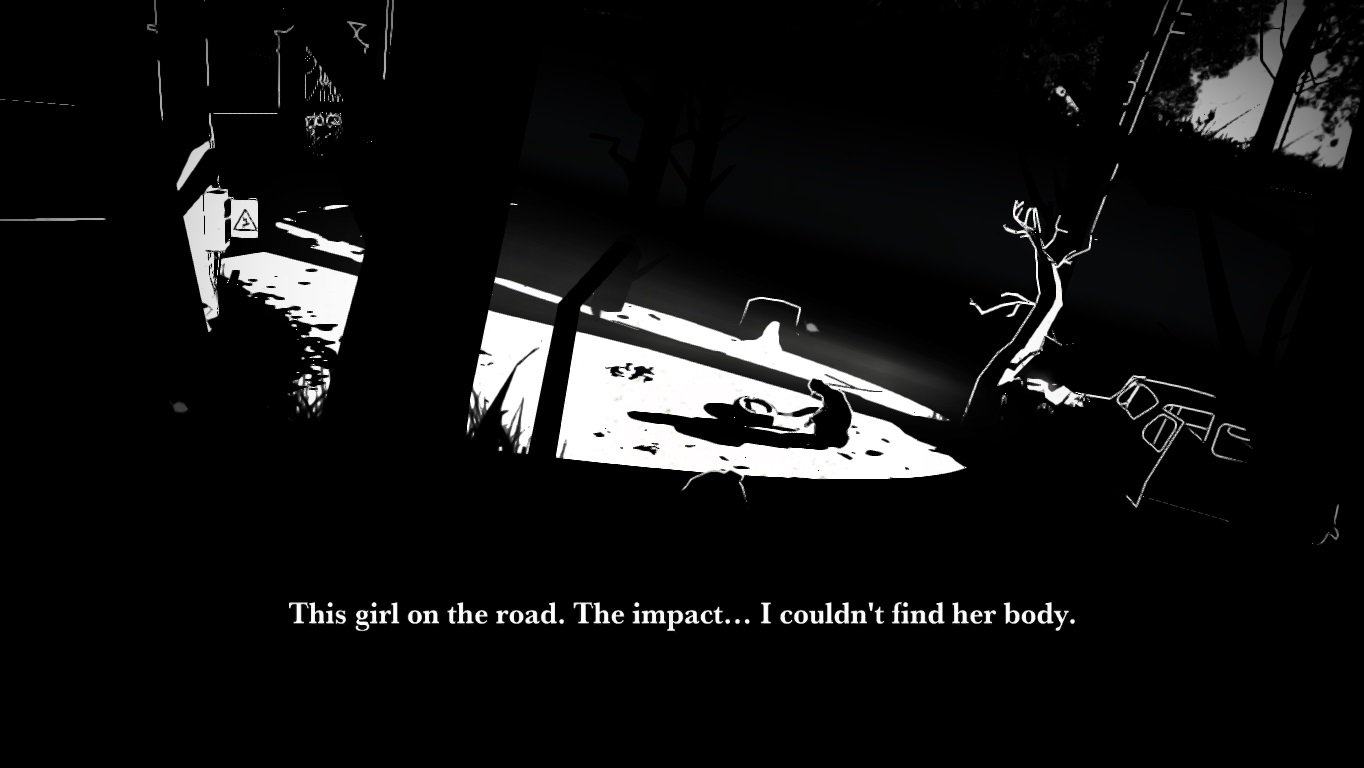 White Night is a horror survival game that is heavily stylized with film noir in mind. This is most obvious in the sheer black and white visuals and how dark the story turns. In it, you play as a man in the midst of the 1930s who had just crashed his car after attempting to not hit a female jaywalker. The main character, having seemingly been hit with an inconvenient case of amnesia, will need to attempt to find help and figure out what happened to the girl.

This is when you come upon a large and mysterious house that belongs to the “Vespers” and things really start to become a little bit weird. Creepy, even. 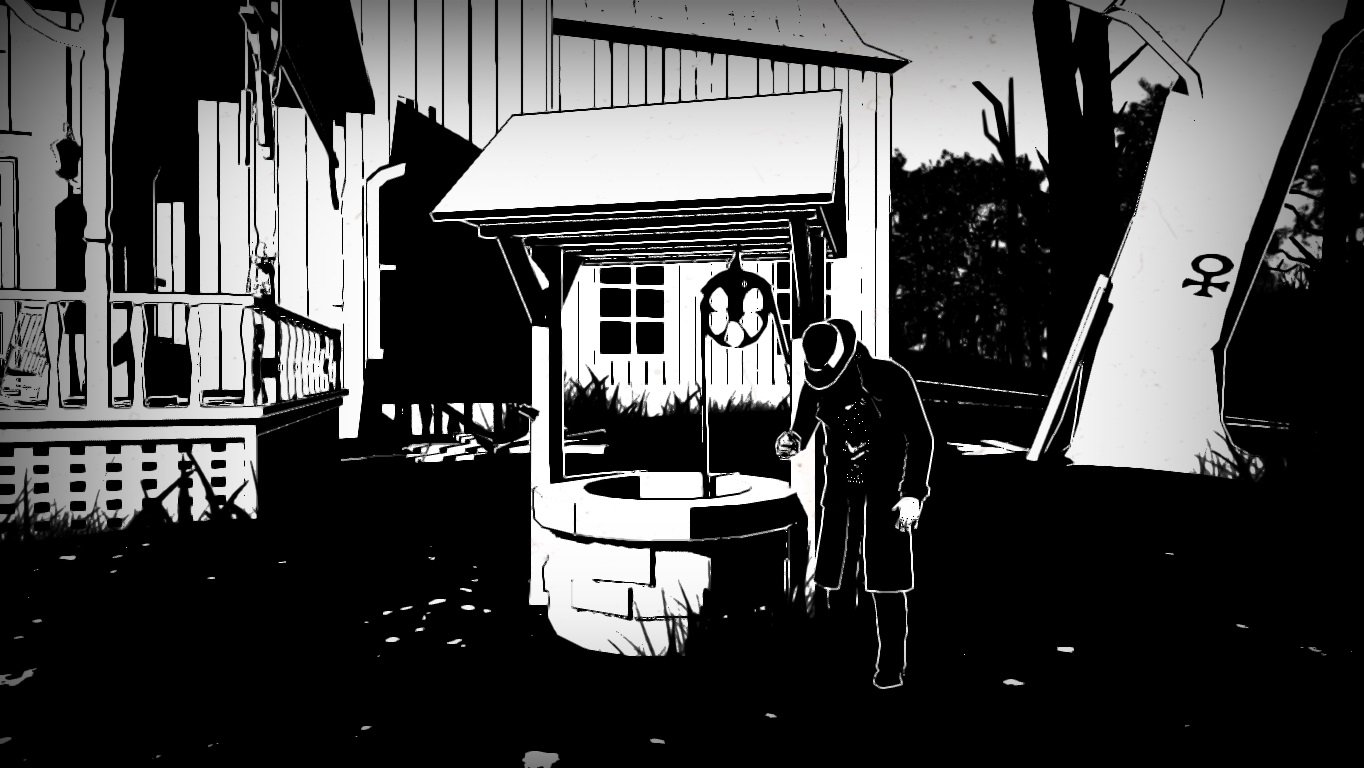 The mechanics for White Night itself are pretty simple. It’s quite obvious that the game borrows heavily from the mechanics and ideas of point-and-click adventure games past with the quintessential “look around for what interacts with what” mechanic being the dominant way to solving puzzles and figuring out what on Earth is going on.

With the dichotomy of black and white playing a major part in White Night stylistically, it is no surprise that the developers have also tried to work it into gameplay creating puzzles that manipulate light and darkness such as moving a sculpture to allow light shine through, revealing a key that you will need to progress in the game.

But perhaps what sets White Night apart from other horror survival games on the market is the fact that you, the player, have no direct control over the camera. You are viewing the scenes from a static camera view, as opposed to the first person cameras of Alien Isolation or Amnesia. Sometimes it’s as if you were viewing a scene through a security camera, sometimes its like a perfectly shot cinematic angle. 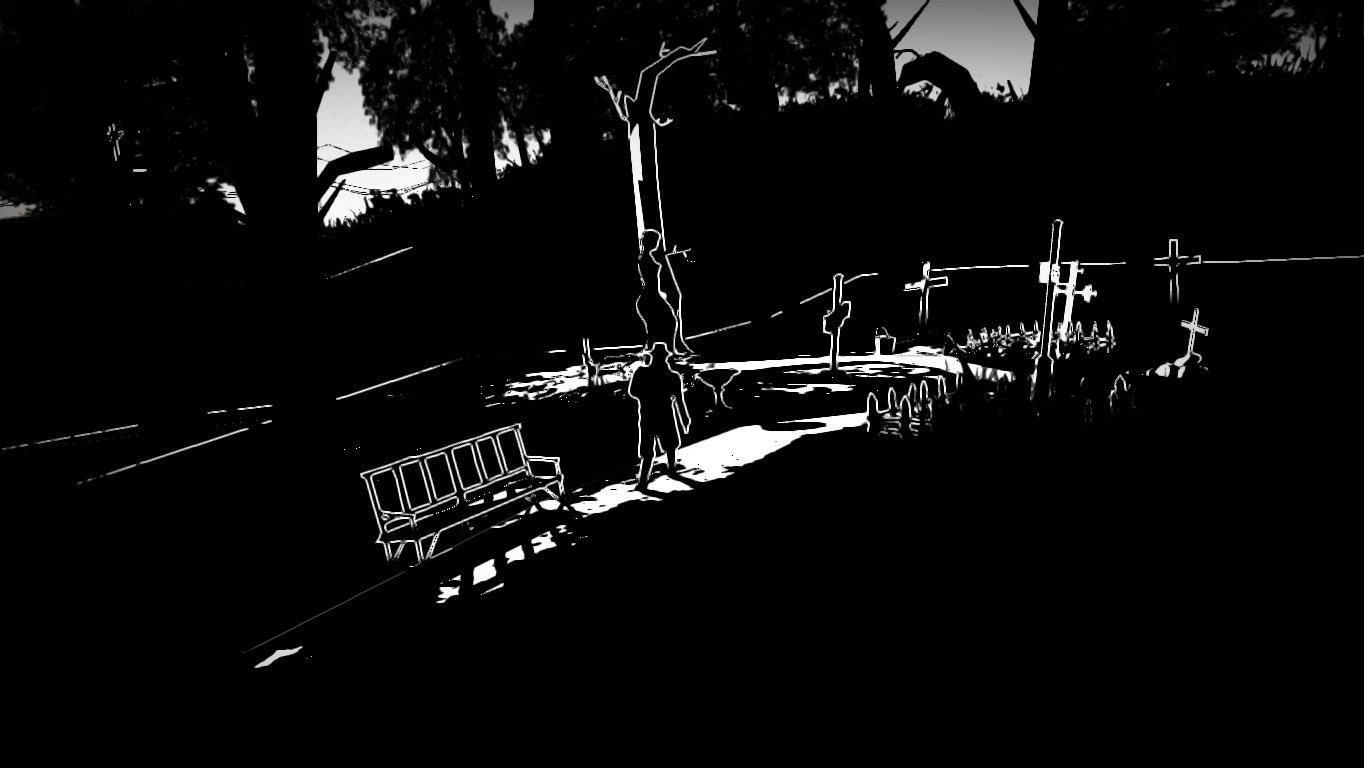 The key to a good horror survival game is that it needs to be scary. That’s a no-brainer. That, however, doesn’t mean all a developer needs is a million jump scares and the jobs done. Instead, everything needs to be done masterfully, paced correctly and the atmosphere needs to be right. The static camera angles really helps to bring in that atmosphere not with just some really pretty shots that leave you thinking “what’s not in frame?” but also the fact that you can see the character you’re playing and how he reacts and observes his surroundings.

Quite a lot of detail has been put into really making the main character seem alive. The voice-work is very good, if only sometimes a bit melodramatic. Your character, having only been in a car crash, is groggy and unbalanced and his stumbling gait keys you into it as does how, as you progress through the game, the main character starts to walk more normally with nary a stumble. How your character may sometimes waste a match, a very important resource in a game that is all about light and darkness, after failing to light it. It’s all these small, behavioral details that really help you immerse and feel in his shoes even though you aren’t seeing the world through his eyes. 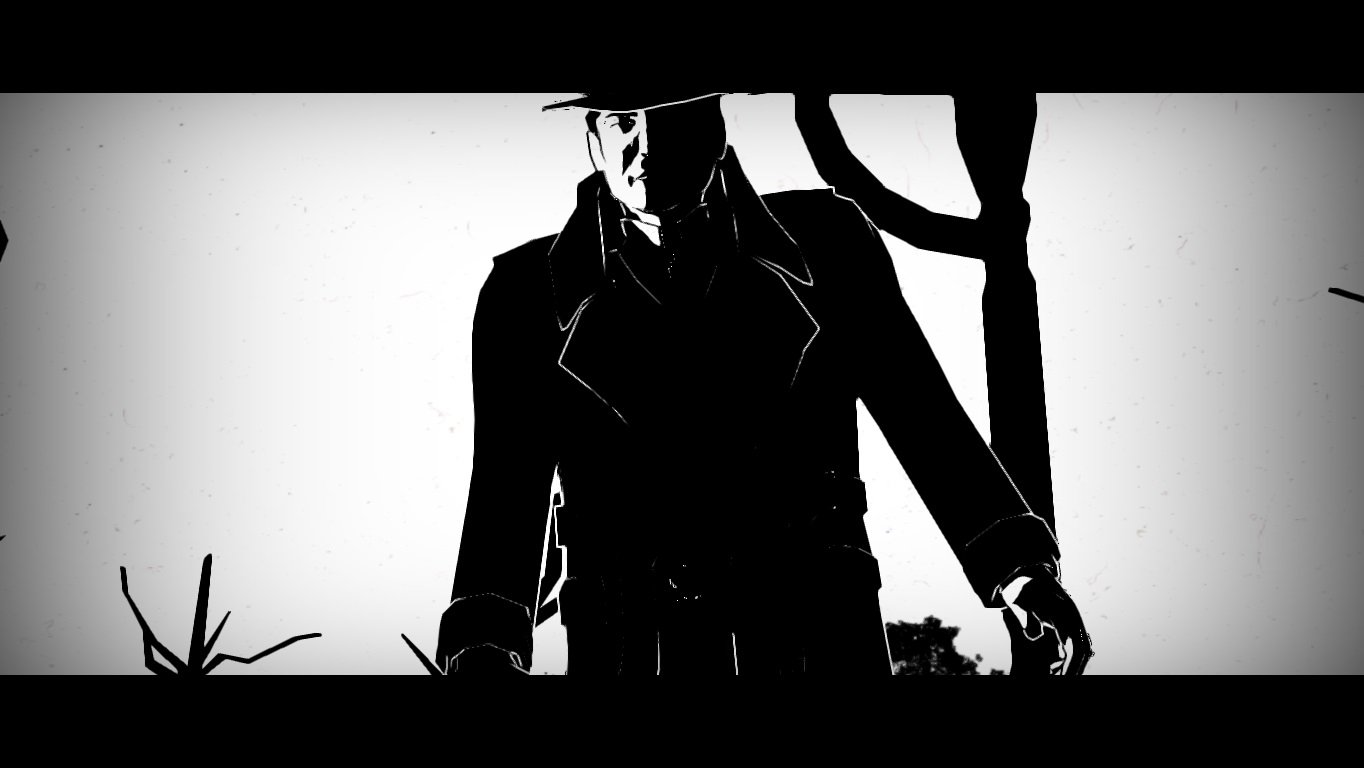 What also really helps to make the atmosphere all the more creepy and fitting with the game’s film noir tones is the sound direction. With the quintessential 30s jazz as the main backing music, the general sound effects, in addition to the voice acting, can really get your heart pumping such as how you will start to hear your character breathing heavier and what one may assume to be louder heartbeats if you leave him in a dark place.

The game also utilizes an interesting “Boston Daily News” information tab which is more a journal of events then a newspaper which will give you subtle hints and tips on what you ought to be doing as well as remind you what you should be doing in the game. 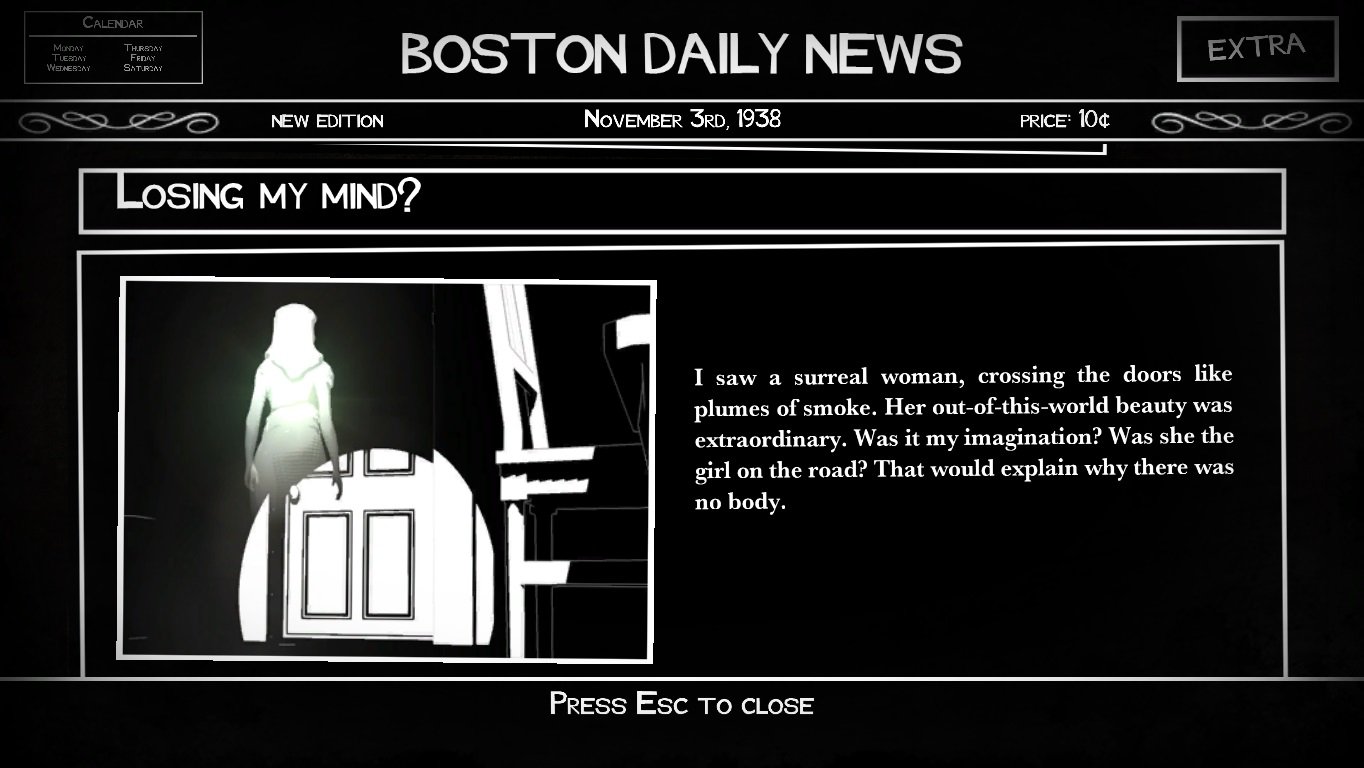 White Night, however, isn’t perfect. For one thing, the save system is not entirely desirable. There are several special armchairs spread across levels which you can use to “rest” and save progress. However, these armchairs aren’t exactly common and you can expect to go for a decent while without being able to save, and as there is no autosave function, as far as I could tell, you will be losing significant progress quite frequently.

Speaking of the special save game armchairs, for some reason the arm chairs and doors never actually materialized in my playthrough of the game so whenever I sat down to save, it looked like the main character was flowing and I would constantly walk into unopened invisible doors, not noticing the floating doorknob. Now, I don’t expect this to be a widespread bug, as in my confusion I’ve gone onto Youtube to see if others had the same issues I had (they hadn’t), but don’t be surprised if it happens to you. 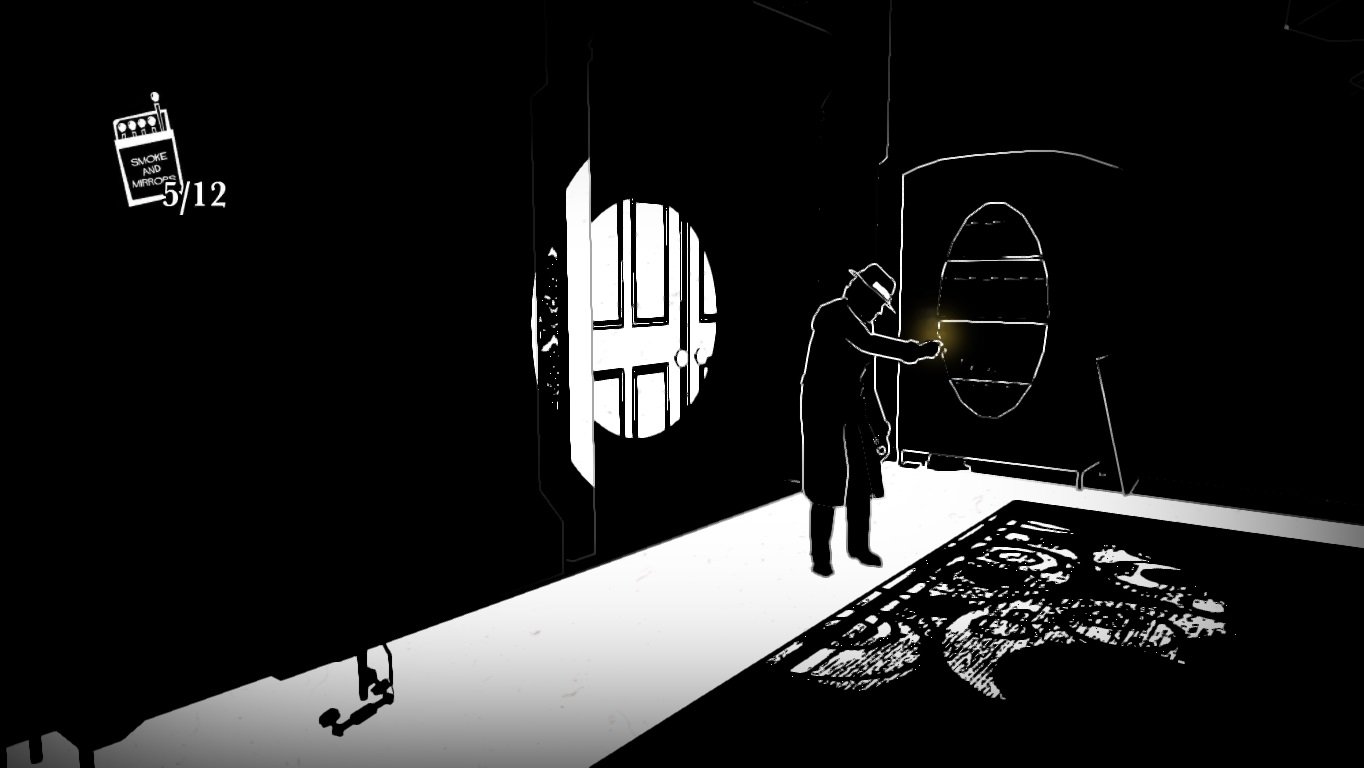 In addition to this, although you will find that White Night is a stylistically interesting game, it is not exactly the prettiest game in the world. It looks fine from afar, but the lack of textures in general make close-ups, which will happen often in cut-scenes and some cinematic shots, quite ugly to look at, especially human characters. In a way, it adds to the creepiness, but probably not in the way that the developers had originally intended.

The game itself is also not the longest as, depending on how stuck you get on certain puzzles and challenges, may only take about 5 hours to complete, give or take a few depending on how obsessed you are with collectibles. However, the game really doesn’t have replayability as the story won’t change and it’s much harder to get scared by things when you know they are coming. 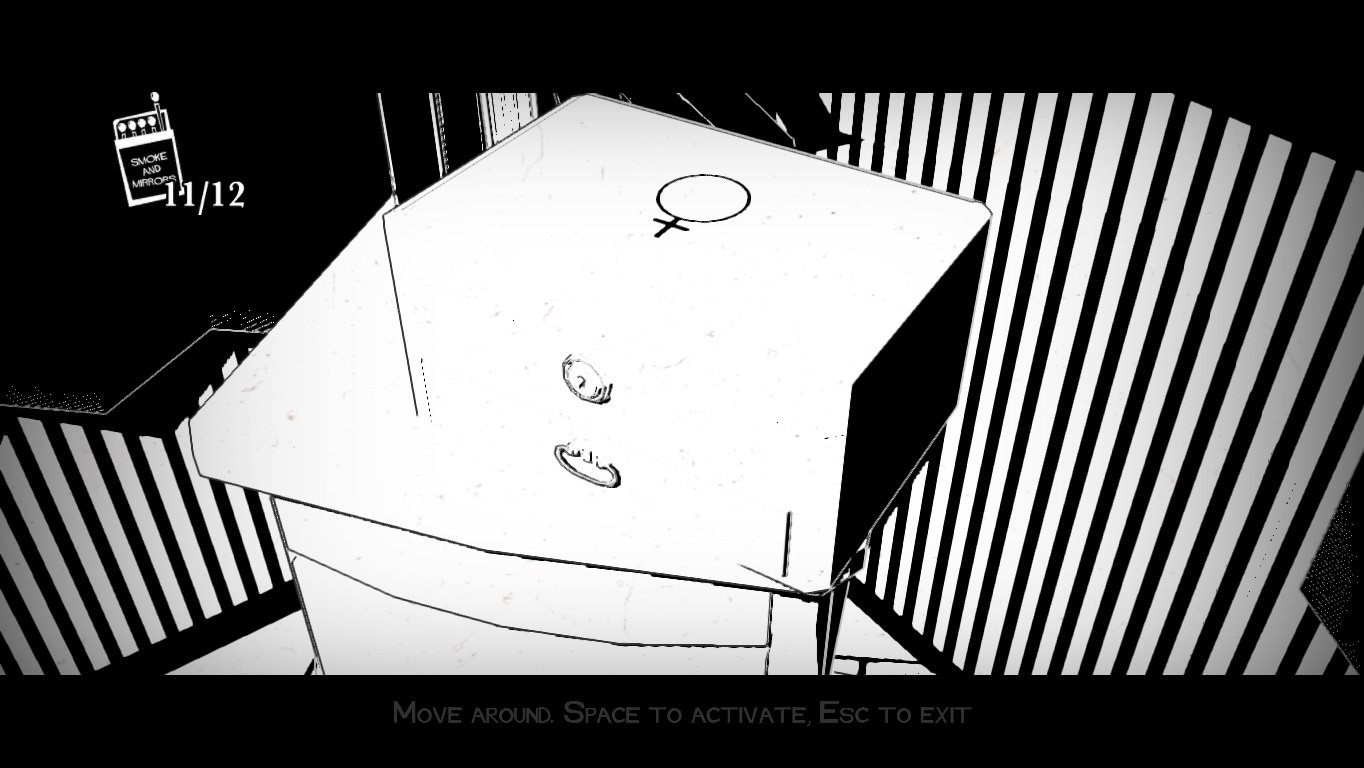 However, we mustn’t forget that this is essentially an indie game, likely built on a shoestring budget, compared to Amnesia or Alien Isolation, and while it may not be a very long game, it is also not a very expensive game at $14.99 on Steam.

In the end, imperfections aside, the game still scared me quite a bit. It might not be the prettiest game, but it sure was pretty cinematic. None of the puzzles were dull. It wasn’t exactly a walk in the park as you need to be pretty focused on what the main character was saying, which is pretty hard when you’re also getting creeped out, and the developers really seemed to know how to space out a good variety of different puzzles and challenges without making repetitive puzzles.

The story wasn’t too bad either. It’s dark, it’s got that creepy atmosphere and if you like horror survival games, you should highly consider giving White Night a try.

White Night is a pretty well crafted survival horror game. You’ll get scared. Unfortunately for it, a few niggling mechanical issues still seem to linger, such as missing objects, through to the released version of the game and dampens the experience somewhat. Otherwise, it is a thoroughly enjoyable game, at a very minimal cost $14.99, for fans of the horror survival genre.