The latest news in the world of video games at Attack of the Fanboy
March 25th, 2015 by Dean James 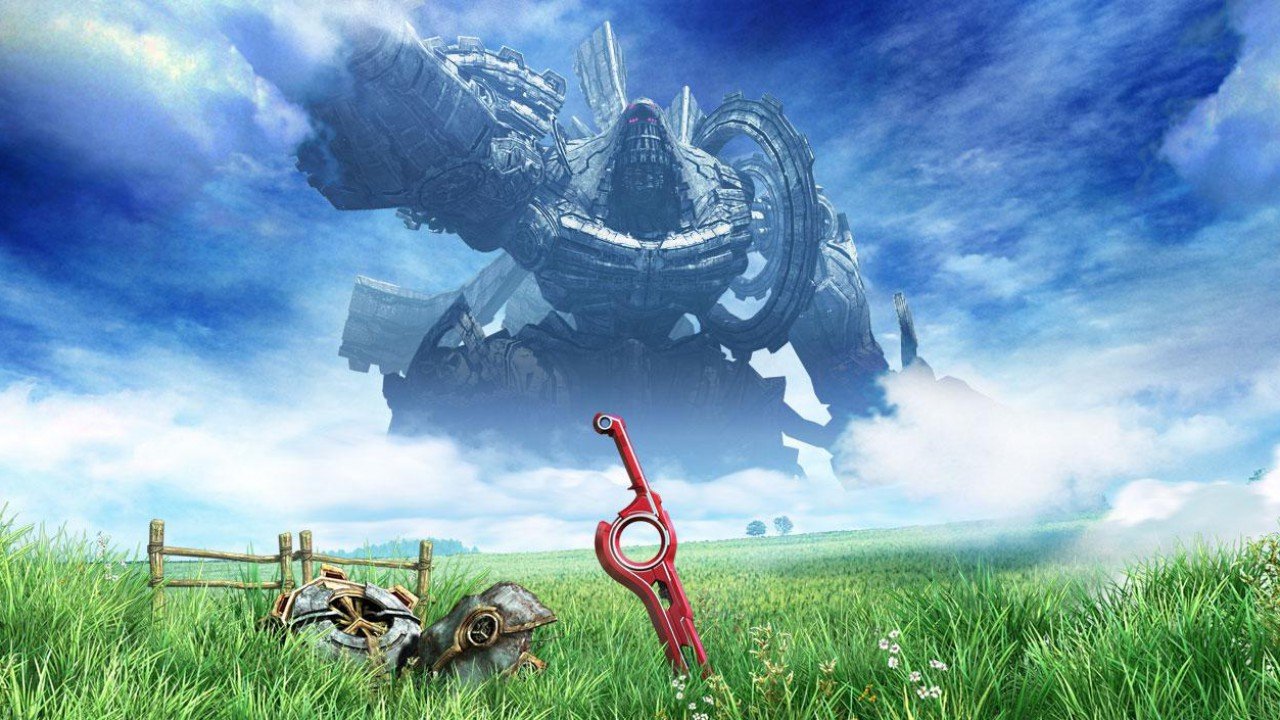 Xenoblade Chronicles is the very definition of a game that flew under the radar for mainstream gamers upon its initial release on the Nintendo Wii. Making it to the US after a lengthy localization campaign, Xenoblade Chronicles was exclusive to GameStop and quickly became very hard to find. Going for astronomical prices online, gamers were ecstatic to learn that the game would be seeing a port to the New Nintendo 3DS, especially with the character of Shulk gaining popularity with his appearance in the latest Super Smash Bros. Being the first exclusive New Nintendo 3DS game, Xenoblade Chronicles 3D not only exhibits the power of this new handheld, but also gives gamers one of the most unique RPGs of the last few years.

Many RPGs choose to start the game off slow and build to exciting moments later, but Xenoblade Chronicles 3D kicks off with intense action that continues to flow throughout this very well paced game. This allows gamers to quickly grow attached to the characters, though many more will show up throughout the game as well. Without giving away any spoilers, the story goes through many twists and turns that will honestly surprise you at many points, making it a great experience for anyone playing.

Constructing a well thought out and detailed mythos is often quite hard for a game without any pre-established story or world. However, Monolith Soft has not only come up with an enthralling story, but also one of the most intriguing mythologies in recent gaming history with the ancient battle between Bionis and Mechonis. Locked in an eternal struggle, the bodies of these two have now spawned life, and eventually the very society found in Xenoblade Chronicles 3D. The lore extends much further, with the main weapon of the game, Shulk’s Monado, featuring prominently all through the story.

Xenoblade Chronicles 3D avoids the gameplay styles of most JRPGs and instead presents gamers with something that is incredibly complex, yet completely new and completely unique to the genre. Players are given control of only one actual character at a time which you choose from your available party, though it is possible to influence teammates. When in control, you can pick from a variety of different Arts, which are essentially different special attacks. In Shulk’s case, this is expanded even further with the addition of Monado Arts. While Shulk is a little more locked in on what he can do, other characters feature a little more variety, giving players plenty to toy around with throughout the extremely long campaign. 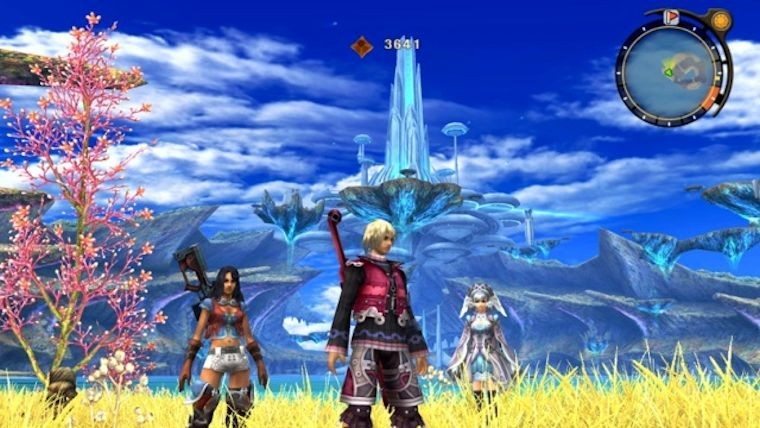 Having such a special and different gameplay system also comes with a price, a very steep learning curve. Monolith Soft does a fantastic job at spreading out the tutorials well, to prevent anyone from ever becoming too lost, but that still doesn’t make it anywhere near easy.

Just when you think you have everything figured out, the game will throw another curveball at you, which can begin to make you feel frustrated or overwhelmed at times. After playing any RPG for awhile, you really want to be able to settle in and know how to properly prepare for battles instead of having to learn a bunch of new mechanics so deep into the game.

Visions are arguably the most important and different aspect of gameplay to be introduced to the genre, but they are very important outside of battle as well. Upon obtaining the use of the Monado, Shulk begins to have visions of the future, which allows him to stop certain events from happening. This is very useful in battle, as you can prepare for a major attack. It is rather impressive that Monolith Soft was able to utilize one key mechanic like this in so many different ways, without it feeling overdone at all.

When Xenoblade Chronicles launched late in the Wii’s life, it stood out as one of the best looking games on the system. Xenoblade Chronicles 3D on the other hand is a little more hit and miss in the visual department. The environments, most of the time, look just fine for a handheld, but there is a definite downgrade from the console version. Specifically, the grass and character renders can look downright ugly and grainy in the overworld, but considering how large and vast this game is, it is more than understandable for a handheld game.

The less than stellar visuals in the overworld are a lot more acceptable due to the incredible near lack of load times however. Xenoblade Chronicles 3D offers one of the most expansive overworlds in recent RPG memory, with very large portions of that being accessible without the need for any loading. Even where there is loading, it is a very fast process and puts the player right back into the game in no time. From the very opening section, the vast landscape is already apparent, which gets even bigger as you move forward in the game. 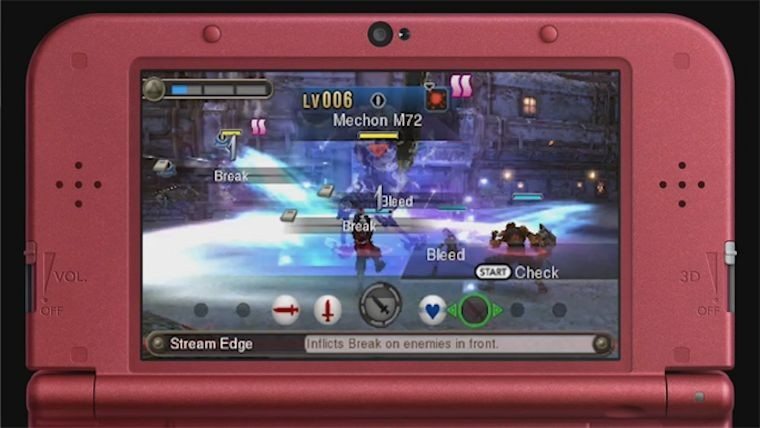 The overworld found in most games within the RPG genre are of a flat nature, but Xenoblade Chronicles 3D provides gamers with a fully layered environment to explore. Sometimes this will consist of just a higher cliff above, while other times it will be a completely different floor that is accessible. However, often this can make it very difficult to figure out where to go on the provided in-game map, as the layers tend to overlap. The inclusion of very prevalent and simple fast travel helps to assuage this problem though.

This giant overworld also avoids any semblance of a linear structure, instead scattering side quests throughout. These side quests found in the game not only expand the length exponentially, but also give Xenoblade Chronicles 3D even more personality than it already has. Some of these are just simple fetch quests or slay monster quests, but a good number of them involve rather deep interactions with characters. This just shows how much detail Monolith Soft put into the variety of NPCs found in Xenoblade Chronicles 3D, when typically the number of relevant NPCs in any given RPG is rather miniscule.

While most of the interactions within the side quests are restricted to text-based conversations, the main story has a rather profound number of cutscenes with full voice acting. The voice cast is almost entirely voiced with British accents, something that is quite uncommon in this genre. Emotions are well placed when they are needed, while remaining effectively subdued at other times. The game also maintains its exceptional soundtrack, which helps to make the atmosphere and environments feel even more alive. 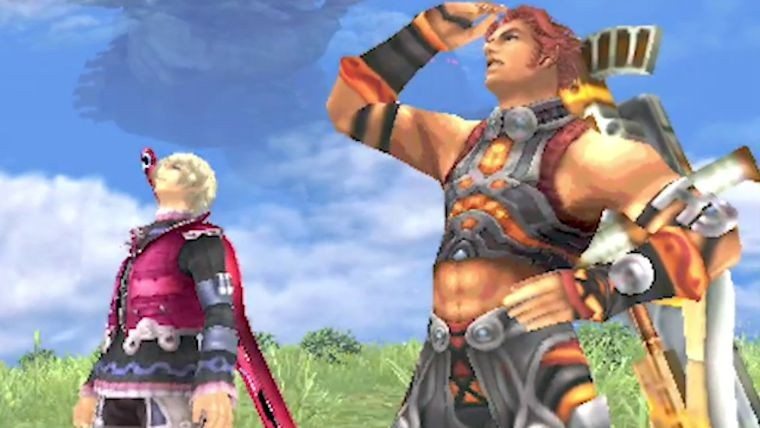 Rather than feeling repetitive when it comes to the side missions, Xenoblade Chronicles 3D offers much more than the aforementioned side quests. Blue glowing orbs are littered all across the map, which feature many different collectibles that can be picked up. These items can then be used to fill what is known as the Collectopaedia, depending on what category they fall upon within each area. This is yet another optional piece of this giant puzzle, which is even better suited for a handheld experience than it was on consoles.

Xenoblade Chronicles captured the hearts of JRPG fans back on the Wii and this port to Nintendo’s latest handheld revision proves exactly why, largely due to the likeable protagonists and very well crafted story. Featuring one of the most innovative gameplay systems in recent RPG history, albeit a little too complex at times, Xenoblade Chronicles 3D can easily provide gamers with over 100 hours of solid gameplay and serves as an excellent companion for any New Nintendo 3DS owner.