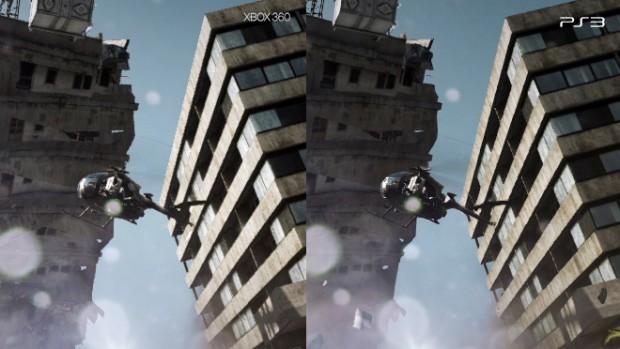 Here are some new screenshots of Battlefield 3 on the Xbox 360 and PlayStation 3.  Side by side these versions of the game look extremely similar at first glance.  But some reviewers of the content have mentioned that the game does face some better performance when streaming the HD textures on both platforms.

Battlefield 3 released yesterday, and is available on Xbox 360, PlayStation 3, and PC right now.  The PlayStation version of the game currently holds the better score between the two games on console, with an 86 “Generally Favorable” rating on Metacritic.

Thanks to Aaron for sending these in.