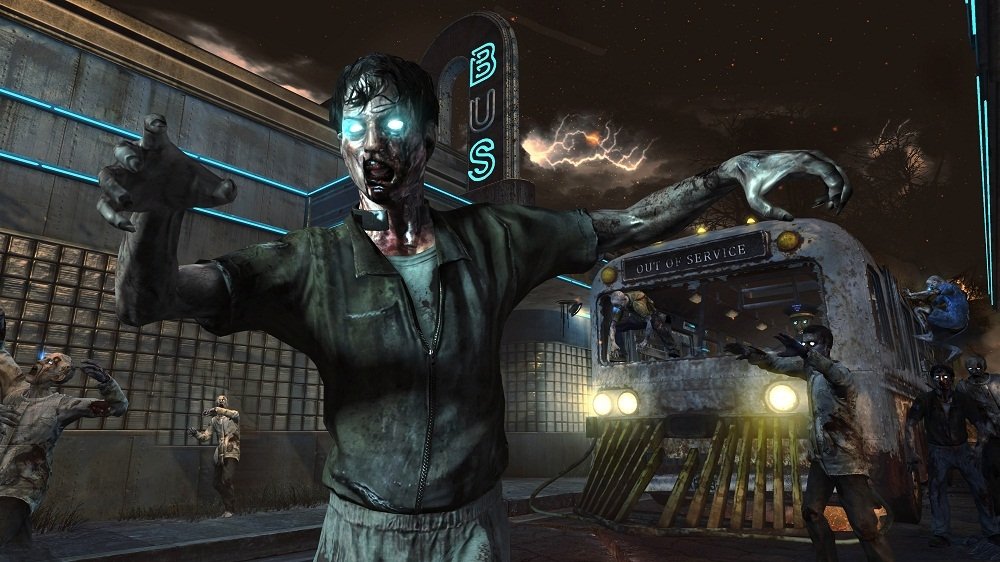 The first official Black Ops 2 Zombies news is scheduled to arrive later this week from Treyarch, but it looks like Microsoft has jumped the gun releasing the first two screenshots for the game mode.  As shown in the teaser video for  Black Ops II Zombies, one shows the bus level, complete with a zombie bus driver.

The official reveal for Black Ops 2 Zombies is set for September 26th, and what Treyarch is going to reveal is anyone’s guess.  Also released this morning were four other screenshots of what looks like Black Ops 2 multiplayer.

Stay tuned for all the details coming out of Treyarch for tomorrow’s Zombies announcement, Call of Duty: Black Ops 2 is due for a November 13th release on the Xbox 360, PS3, and PC.