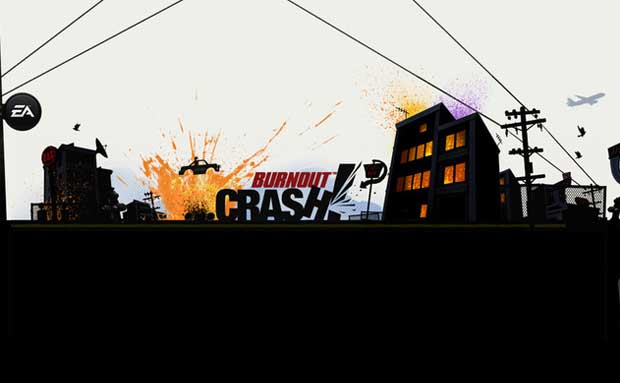 Criterion announced their next game officially today, and revealed Burnout Crash! It’s a revisitation of familiar territory for Criterion as the game draws from the Crash mode of the classic Burnout games. Criterion says that the game is inspired by “pinball, retro music, and game shows” with a simple approach to the gameplay.

And simple it is, your objective will be to drive into an intersection with the intention of causing a massive pileup, inflicting as much damage as possible. There will be three featured modes which will require you to use different strategies in your crash making trials, and 18 hazardous junctions.

Burnout Crash! is a downloadable title that will be available through the Xbox Live Arcade that was designed exclusively for Microsoft’s Kinect motion controller. The exact specifics of how Burnout Crash works with the controller weren’t laid out by Criterion but you can expect more information coming from the game as it heads towards it fall 2011 release exclusively on the Xbox 360.