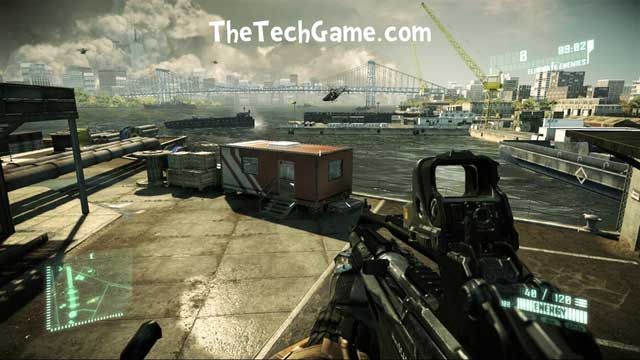 Crysis 2 recently launched for the PC, PS3, and Xbox 360 and we’ve just gotten word of the first details of the first map pack DLC for the game.  Titled “Retaliation”, the map pack is rumored to include four new maps.  Our tipster included a bunch of screenshots for the map pack but didn’t hint at a release date for the upcoming DLC for Crysis 2. The imagery below looks like familiar territory from the Crysis 2 campaign, so it looks like we’ll need confirmation from EA to determine if these images are indeed legitimate.

The four maps are labeled as: Transit, Compound, Park Avenue, and Shipyard.  No further details about game modes or other features that the DLC may contain was available at this time.  It was noted that the DLC will run you 800 MSP with no details on the PC and PS3 versions of the content.

In the meantime, have a look and tell us what you think.  Are you still playing Crysis 2 Multiplayer?  If so, what do you think of the experience so far?  Let us know your thoughts in the comments section below.

Thanks Michael, via The Tech Game