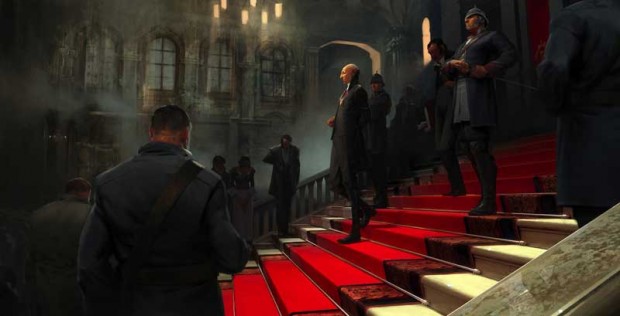 Bethesda has released a brand new set of concept arts stills and screenshots from Arkane Studio’s Dishonored game.  Recently revealed, this new stealth/action adventure title has you playing the role of Corvo, the Empress’ bodyguard.  You’ll be falsely imprisoned for her murder at the start of this supernatural stealth game that is housing some impressive art as you can see below.

Dishonored has a strong pedigree spread across its US and UK based studios, with industry veterans that have worked on some of the most popular gaming franchises in history.  Even if you haven’t had the opportunity to play any of their games, you’ve likely heard of titles like Thief and Deus Ex.

Expect more info coming soon on this promising title, but until then have a look at the latest images to be released for the game.