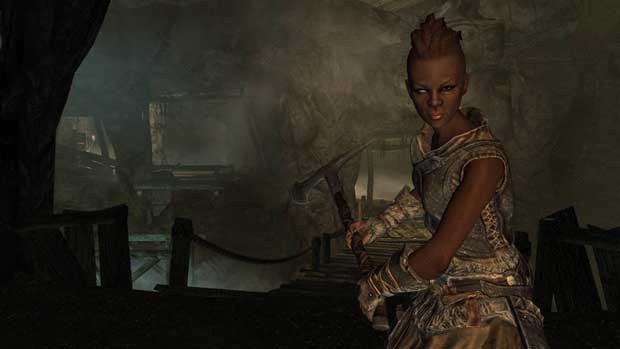 Bethesda has revealed the female counterparts for the cast of characters in The Elder Scrolls V: Skryim.  The short list of lovely ladies in Skyrim include a RedGuard, Dark Elf, and Argonian which were the only three female characters revealed in the latest batch of screenshots from the publisher.

New images for their male counterparts were included as well, so we’ll include those below as well…I suppose.

The Elder Scrolls V: Skyrim releases this November on the PC, Xbox 360, and PlayStation 3.