The force is strong with these Kinect Star Wars Screenshots 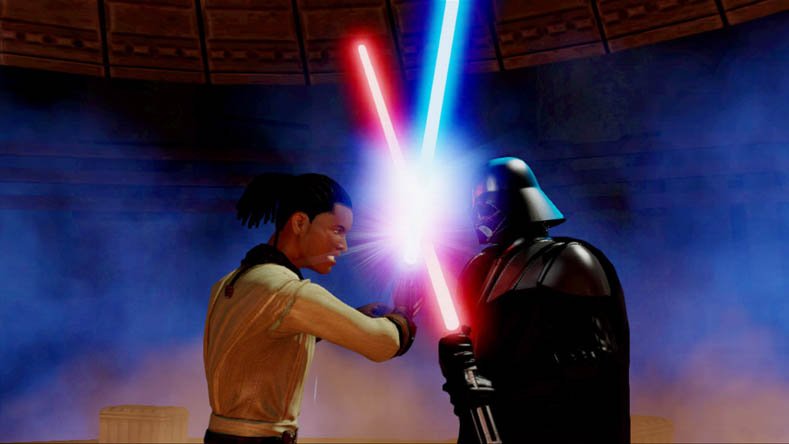 Ever since the official announcement of Microsoft’s Kinect motion controller, the company has teased fans with the possibility of a hands free adventure in the Star Wars universe. Complete with harnassing the power of the force, and weilding a lightsaber. While fans have waited patiently for years, it looks like were getting awfully close to the release of this highly anticipated Xbox 360 exclusive.

Lucas Arts and Microsoft will release a limited edition bundle for the game, available on April 3rd, 2012 for $449.99. The console comes equipped with a Kinect, a Limited Edition R2D2 themed Xbox 360 console, a copy of Kinect Star Wars, and a gold C3PO themed controller.

While you may already have seen the limited edition Xbox which was revealed some time ago, Lucas Arts also revealed a bunch of new shots from the game, which can be found below.