Ghost Recon Future Soldier has the look, but have times changed? 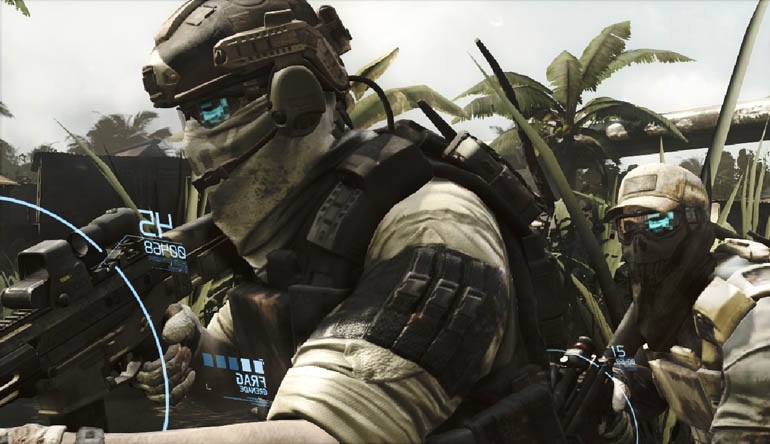 Ubisoft’s Ghost Recon Future Soldier will finally see release in 2012 after a considerable hiatus from the shooter scene.  Since the launch of Ghost Recon Advanced Warfighter 2 the genre has exploded in popularity with the Call of Duty franchise taking home the lions share of revenue year in and year out.   With many getting their shooting fix with Activision these days, did Ubisoft miss an opportunity by taking all this time away from the franchise?

There’s no doubt that Ghost Recon: Future Soldier is a great looking game.  Just looking at the latest batch of screenshots for it can show you that this third person shooter has definitely got a flair for the stylings of war, and the unique gameplay incorporates many things that other games aren’t doing right now.  The “future soldier” aspects of the game blend the fiction and realities of war-torn shooters nicely, and a hands on at E3 left many wanting to see more from the unique shooter that incorporates the latest gadgetry and gizmos into your arsenal on the battlefield.

Looking more arthouse than arcade, have a look at the latest imagery from the upcoming shooter, due out in May from Ubisoft.  Gamers will get the opportunity to go hands on with Ghost Recon: Future Soldier as Ubisoft has confirmed that a multiplayer beta is in the cards prior to the game’s release.