The High Life of LA Noire 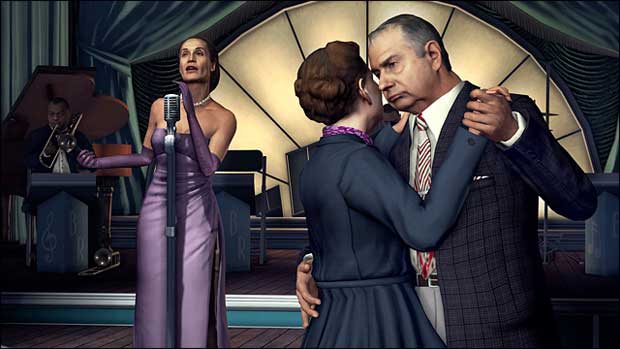 LA Noire takes place just after WWII in the early goings of a post-war economic boom.  Being set in Los Angeles, the game has a unique backdrop known as Hollywood’s Golden Era.  At this time, an air of glamour and prestige resonated in Los Angeles.

Cole Phelps will see the darker side of LA’s most priveleged residents, an in this latest batch of screenshots you get your first glimpse at some that you’ll meet, as well as locations you’ll be travelling to when LA Noire releases later this year.