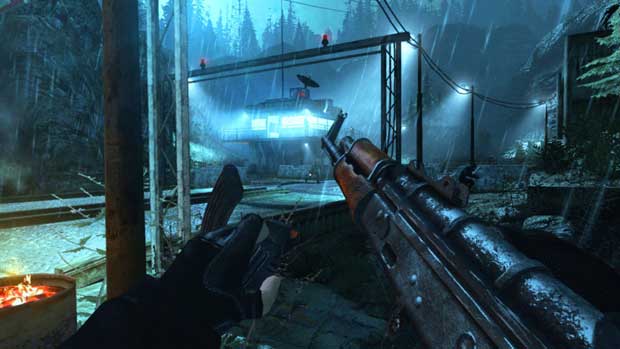 2010 saw a mediocre remake of the legendary N64 FPS, GoldenEye 007, a game that would inspire the multiplayer component of the genre for generations to come.  While its Wii update was not a bad game on its own merits, it often seemed to be awkwardly caught between trying to reiterate the original inventiveness of its predecessor while at the same time attempting to provide a graphically and structurally modern shooter in the midst of gaming’s most competitive genre. Rumors have recently been circulating that Activision is developing an HD remake of the Wii game, titled GoldenEye 007 Reloaded, and a bundle of screenshots have appeared online (originally on the NEOGAF forums).

A GoldenEye remake, even if it is a direct update of the Wii version, makes perfect sense. The lasting value and legacy of the original GoldenEye 007 for the N64 came from its multiplayer element, and it’s no shock that the Wii failed with the remake in that regard. Should the game find it’s way to the 360 and PS3, which both have much more structured online platforms with enormously larger communities, I can easily see it getting the revival that FPS fans have eagerly and patiently waited for.

Activision has confirmed that they are set to reveal a new 007 game at Comic-Con this week. It could be this very rumored Goldeneye remake, but it could also be another franchise game altogether. We’ll just have to wait and see.