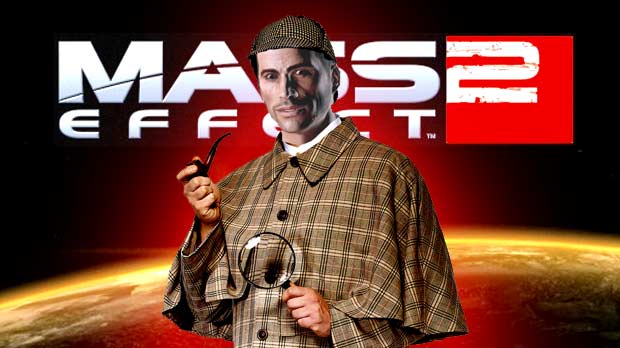 Bioware has recently begun to reveal screenshots from it’s upcoming (and final) Mass Effect 2 DLC titled “Arrival.” This DLC has been said to bridge the story between Mass Effect 2 and 3.  A total of 4 Images have been released at the time of this publication, with Bioware most recently asking ME2 fans “What could it all mean?” I believe I may have unraveled the clues, including the shocking location and plot of the Arrival DLC.  SPOILERS WARNING! 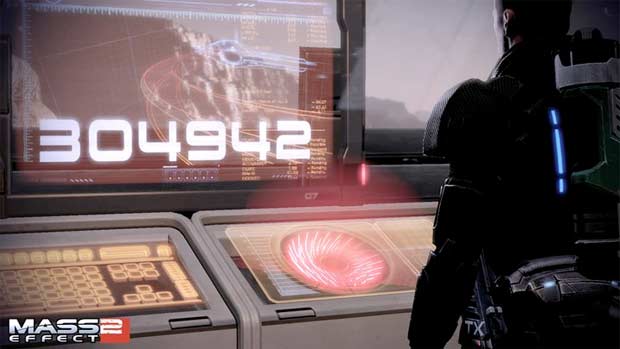 1. 304942 represents the galactic coordinate of a mass relay, possibly the site of the first detection of the Reaper fleet by humans: Here we see the number 304942 on a screen with a Mass Relay.  An in depth google search revealed that this is the galactic longitudinal coordinate of (Gamma Ray Burst) GRB 990510, the remnant of a mysterious cosmic explosion far out in space, first detected as a gigantic outburst of gamma rays on 1999/05/10 (May 10, 1999) by the Compton Gamma Ray Observatory.

Gamma-Ray Bursts (GRBs) are brief flashes of extremely energetic radiation that represent (by far) the most powerful type of explosion known in the Universe.   In optical light their afterglow can be 10 million times brighter than the brightest supernovae. 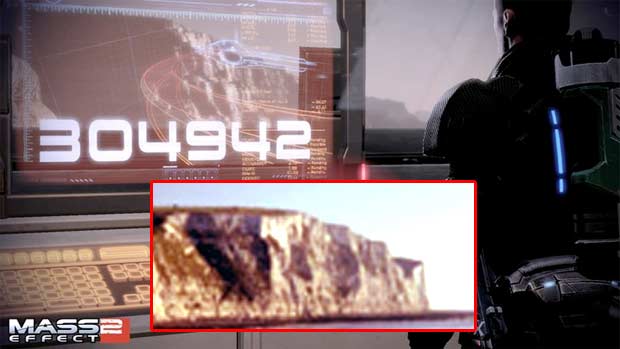 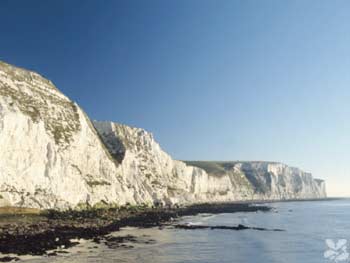 2. The DLC will take place in Dover, England: The above picture is of the famous White cliffs of Dover in England.  We all know from the ME3 preview trailer that Me3 will at least partly be based in London, England.  It only makes sense that other famous landmarks in England would be included. 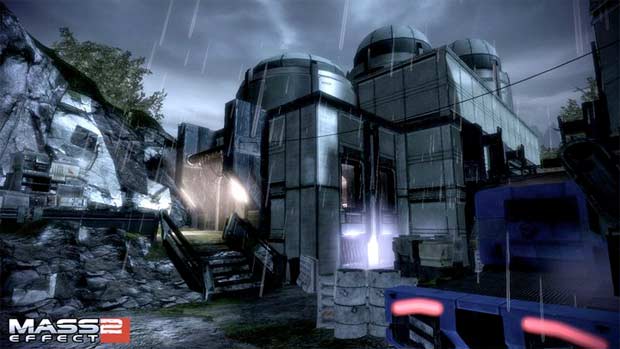 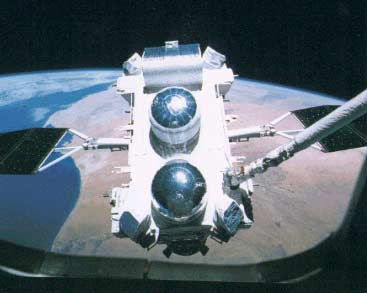 3. Part of the mission will take place in a Gamma Ray Observatory: The picture above is the BATSE (Burst and Transient Source Experiment) Compton Gamma Ray Observatory (a satellite) that originally discovered the massive Gamma Ray Burst found at longitudinal galactic coordinates 304942.  As you can clearly see, the dome shapes seen on the top of the in-game building are very much inspired by the real life space observatory. 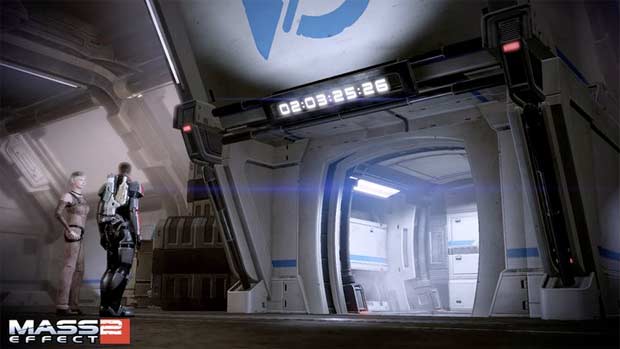 4. The DLC story spans approximately 2 days of “in-game” time: 02:03:25:26 is a correct way of representing 2 days, 3 hours, 25 minutes, 26 seconds.  On thus expects that this is some form of countdown to the anticipated “arrival” of an unknown, highly energized object(s) that was detected in deep space.  The awakening reaper fleet would defiantly fit this description. 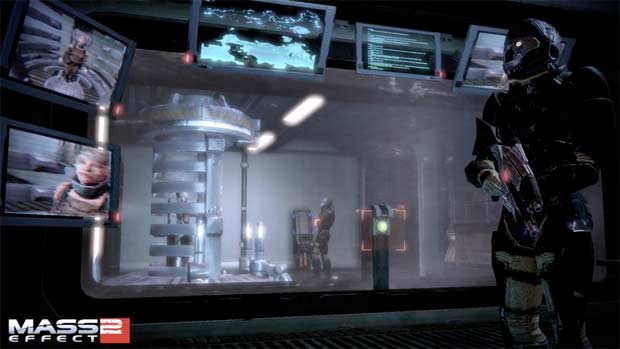 5. “Arrival” will feature the rescue of the Astronomer Dr. Amanda Kenson: Last month someone in the Bioware forums discovered that one of the achievements for Arrival, titled “Covert Ops” was to rescue Dr. Amanda Kenson (of Cerberus Daily News fame) without detection.   This image shows a lady that is captured and collared by an unknown group of soldiers.

Of note, Above we also see a map, but I could not identify the location.  I suspect identifying real-world land mass would be difficult as this land mass may take global warming and rising ocean levels into account.  A quick review of a topographical map did not reveal any obvious location.

*update* Two new photos have been released, one showing Shep on the surface of a space instillation (gamma ray observatory), near a mass relay.

So this is how I see it: Your mission in the Arrival DLC will be to find proof of the invading Reaper threat so that you may convince the galaxy to take action.  The story will likely feature our hero traveling to Earth to the Dover region of England in search of information on astronomer Dr. Amanda Kenson.  She is wanted for her recent discovery of a highly energized object(s) that was detected in deep space using a gamma ray observatory near a mass relay at galactic coordinates 304942.  Dr. Kenson will be found held prisoner in her research station at these coordinates by unknown operatives (Cerberus? Spectre forces? Alliance/Council cover-up team/Mercenaries based on their weapons).  As you play the mission, you unearth that Dr. Kenson’s discovery  is indeed the Reaper fleet that is heading directly for Earth with a projected “arrival” time of 2 days, 3 hours, 25 minutes, 26 seconds.  At the end of the DLC you secure this vital information as the Reaper fleet approaches on Earth, thus setting up Me3… the “ultimate sacrafice” of abandoning Earth to the Reaper invasion in attempt to use your newly found data to unite Council forces against the reapers.

I may be wrong, but would love to hear other theories.  Bioware has confirmed that the DLC will be released on March 29, 2011.