Shepard has his hands full with the new threat 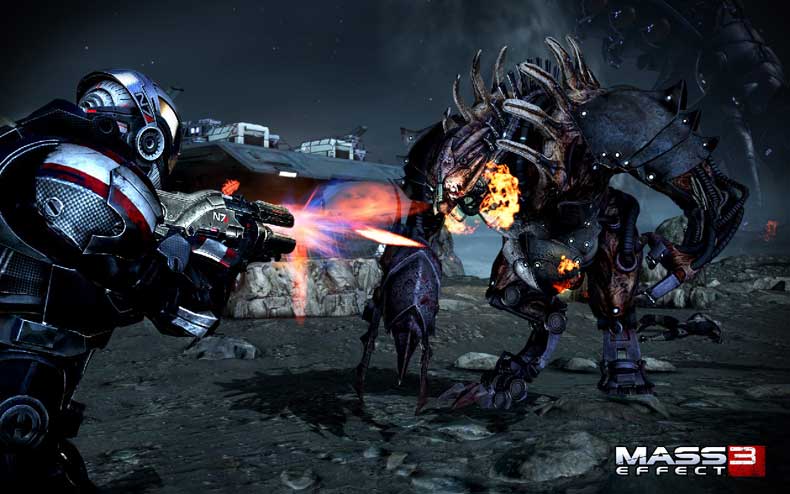 Bioware has released a handful of new gameplay shots for Mass Effect 3, and one in particular shows off a never before seen enemy that Commander Shepard will face in the upcoming game.  The monstrosity appears to be part organic and part mechanized. It also appears to be roughly the same size as the YMIR Mech from the last game, probably twice as hard though.

In Mass Effect 3, an ancient alien race, known only as “Reapers,” has launched an all-out invasion leaving nothing but a trail of destruction in their wake. Earth has been taken, the galaxy is on the verge of total annihilation, and you are the only one who can stop them.

The conclusion to this epic trilogy is mere months away.  Look for more Mass Effect 3 leading up to the game’s March release.