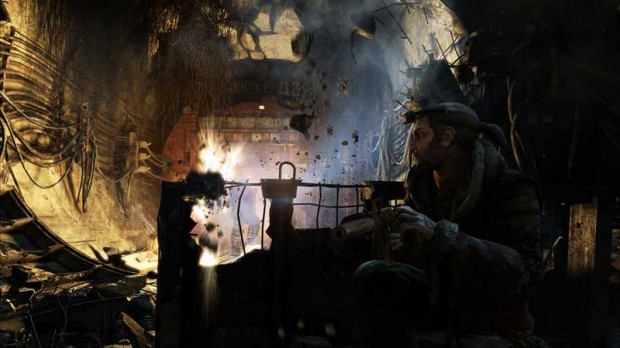 When Metro 2033 launched last year, it caught plenty of first shooter fans by surprise. Far from perfect, it delivered a story with a great deal of levity, had great visuals and presentation, but lacked in some of the finer points that are consistently nailed by other first person shooters. The latest screenshots further the argument that 4A can make an exceptional looking title. Released earlier today as part of the Gamescom presentation these screen show off just dire the situation is in the Russian Metro.