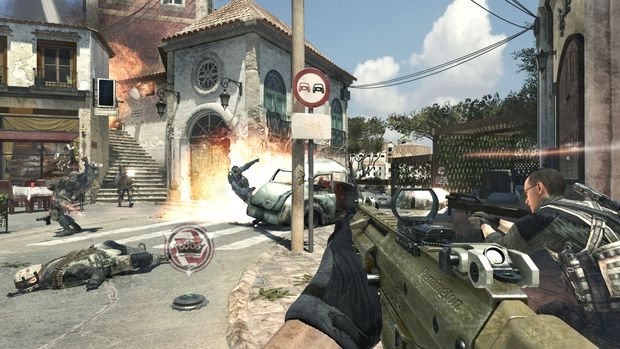 The first round of Modern Warfare 3 content is about two weeks out. The first of the monthly content “drops” is going to be two new maps, Liberation & Piazza, which were detailed in a recent video explaining the first two new maps.

Well Activision has also sent out a bunch of screenshots from the two maps, incase the moving picture explanation wasn’t sufficient.

January 24th will mark the first of 20 content releases spread out over the next nine months for Call of Duty: Elite Premium members.  While this first drop might be multiplayer maps, Activision hasn’t been shy about the possibility of other types of content to be released throughout the year, which includes the possibility of new Spec Ops missions, or other unannounced types of content that you might not be expecting.

Activision has yet to explain whether or not PS3 Premium Elite Members will get the DLC on January 24th alongside Xbox 360 members.