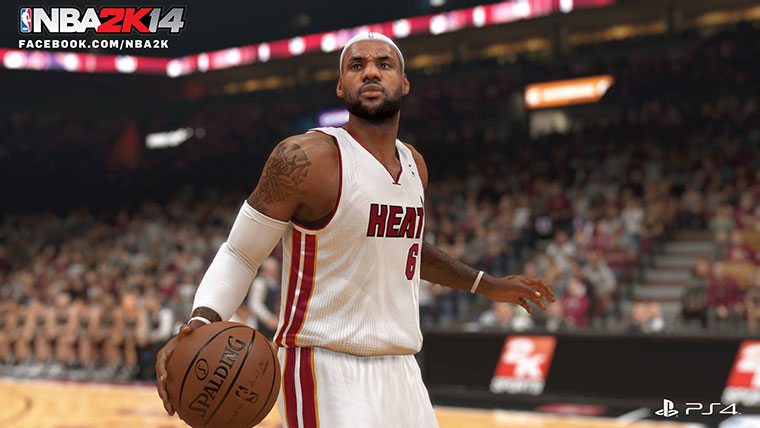 NBA 2K14 will arrive on the PlayStation 4 and Xbox One later this year, and 2K Sports has just revealed a glimpse of what the game will look like on next generation hardware. As you would expect from this first screenshot, it features the game’s cover athlete, Lebron James of the Miami Heat.

The image surfaced on the game’s Facebook Page, and it’s got 2K fans excited as it seems to be a dramatic jump from what is found on the Xbox 360 and PlayStation 3.

While NBA 2K14 just arrived on the Xbox 360, PlayStation 3, and PC, the next gen version will arrive next month upon the launch of the Xbox One and PS4. For a closer look at a high resolution version of the image, open the image below.