Amnesia: A Machine for Pigs Teaser 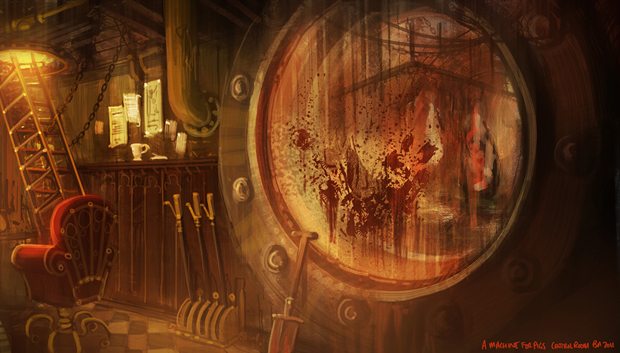 Frictional Games had planned on giving Amnesia fans a glimpse at their upcoming project as an incentive for reaching a pre-determined goal with their Humble Indie Bundle.  The bundle which was recently on sale, featured Amnesia, Super Meat Boy, Limbo, Bastion, Braid, and others.  Humble Indie Bungle V is over, and it sold $5.1 million dollars worth of indie goodness to fans, eclipsing any pre-determined goals that the developer had.

Here’s some background for Amnesia: A Machine for Pigs, from Frictional Games’ website:  “The year is 1899. Wealthy industrialist Oswald Mandus has returned home from a disastrous expedition to Mexico, which has ended in tragedy. Wracked by fever, haunted by dreams of a dark machine, he recovers consciousness in his own bed, with no idea of how much time has passed since his last memory. As he struggles to his feet, somewhere beneath him, an engine splutters, coughs, roars into life…”

Amnesia: A Machine for Pigs Teaser