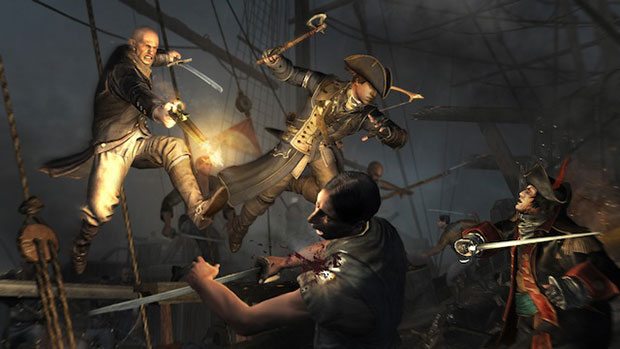 In this Assassin’s Creed III Boston Tea Party Trailer, get a deeper understanding of the event that started the revolution and the birth of a nation – the Boston Tea Party. The year was 1773. The American colonies were under British rule and growing restless of the empire’s enforced laws and taxes. In an act of solidarity, the American colonists took a final stand and in one of the most famous moments in history, destroyed British imports, boycotting their taxes and halting their tyrannical momentum. Relive this and other historical events in Assassin’s Creed III. Coming October 30.

Assassin’s Creed III is due out later next month on the Xbox 360, PlayStation 3, PC, and Wii U.