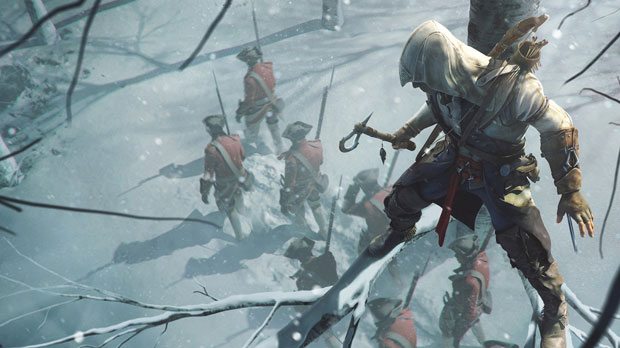 Assassin’s Creed III will likely be Ubisoft’s biggest game of 2012, and the center piece for their E3 2012 showcase. The team developing the game is hard at work making sure they put their best foot forward at the show, as described in the recently released “Road to E3” video above.

While Ubisoft is being tight-lipped about what they’ll be showing, they did note that there will be six cinematics to look forward to.

Assassin’s Creed III will take players to the colonial U.S. during the Revolutionary War period when the game releases this October on the Xbox 360, PC, PlayStation 3, and Wii U.