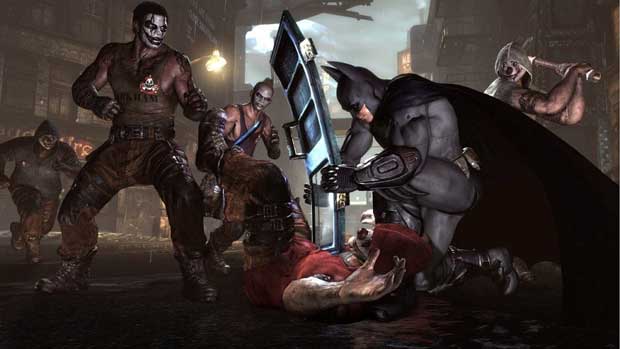 If you haven’t gotten the memo, Batman: Arkham City is shaping up nicely.  The sequel to the award winning Batman: Arkham Asylum has been pretty quiet as far as showing off gameplay to the gaming public, but today, that all changed with 12 minutes of gameplay footage for the game.  The extended video which shows off gameplay of both the Dark Knight and Catwoman in various combat scenes, as well as some of the gadgetry that was displayed at E3.

Seriously, if you don’t feel like having your Batman: Arkham City countdown timer start to tick at a snails crawl, do not watch the video below, you will only be left with a general disgust for the concept of waiting.  If you don’t care about all that, you can catch the 12 minute video below.