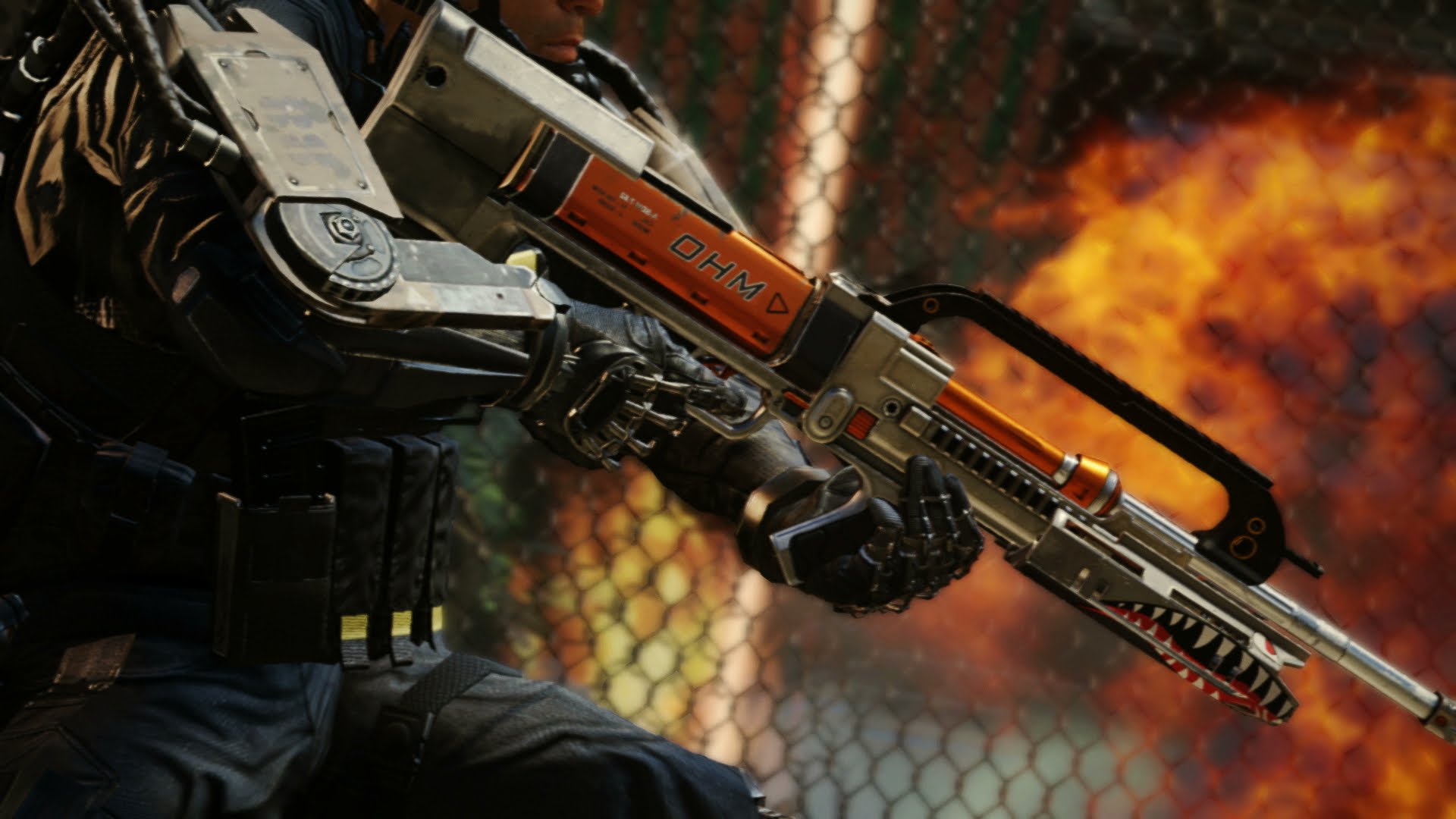 Call Of Duty: Advanced Warfare Season Pass holders on Xbox now have access to elements of the upcoming Ascendance DLC by way of early DLC weapons.

Ascendance will introduce players to the OHM 2-in-1 Directed Energy LMG/Shotgun. Yes, you read that right, it is not only an LMG but also a shotgun. It can switch on the fly between LMG and shotgun mode. The trailer showcases the weapons devastating power to shoot through solid objects and even walls. The default skin is akin to a shark but also included is a unique variant the OHM-Werewolf with a silver and yellow color pallette. I feel it is a little cheap that it can shoot through walls though, we will have to see how it works when we get our hands on it. Check out the trailer below to see the OHM in action in both variants.

Players can get a discount on all four Call Of Duty: Advanced Warfare DLC packs by purchasing the season pass. The OHM 2-in-1 Directed Energy LMG/Shotgun is now available for those who hold the season pass on Xbox platforms. It will also be included in Ascendance when it releases to those without a season pass at a later date.