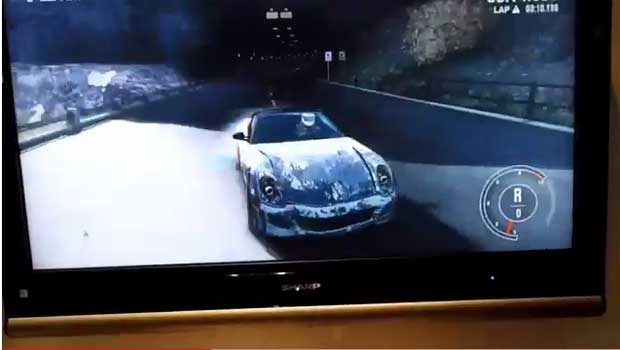 Forza 4 was prominently on display at Microsoft’s enormous booth at E3. I decided to take a different route in my time with the game.  My mission was simple, cause as much damage to the car as possible in the short time I had with Forza 4.

My mission was a success.  After multiple high speed collision with both oncoming traffic, and walls throughout the course, I managed to get my car nearly crippled.  However, the exterior damage to the vehicle was not what I expected after so many high impact collisions.  I took a couple videos of the aesthetic damage caused to the vehicle.

The video where the car was standing still was taken after I had gotten the car to the point of being un-drivable.