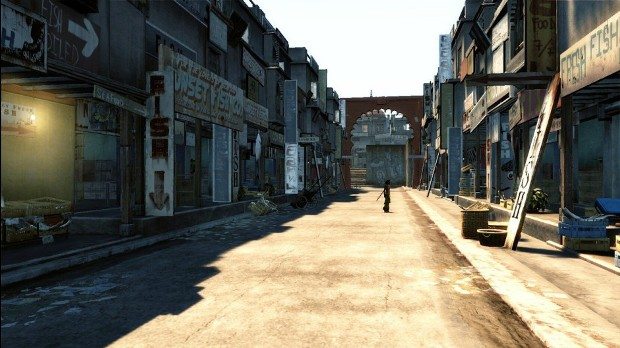 Recently, Beyond Good & Evil 2 had been revealed to be in ‘active development,’ but is waiting for the release of next generation consoles as it is a “very ambitious game.” Even more recently, an environment tech video of the game has leaked onto Youtube thanks to Unseen 64.

If you’re thinking, “wow, this looks good, but not next-gen good,” you may need to take into account the fact that this is a 2009 demo running on Xbox 360 and Ps3 hardware. If you want to see something a little more interesting, a teaser showing off a little gameplay hit the net just last year after appearing in a presentation organized by Michel Ancel.

So I guess the “high quality, non-shaky cam” version has ‘leaked’ on to the internet. The video bears an identical resemblance to an official in-engine screenshot released earlier this week, so its authenticity seems pretty legitimate.