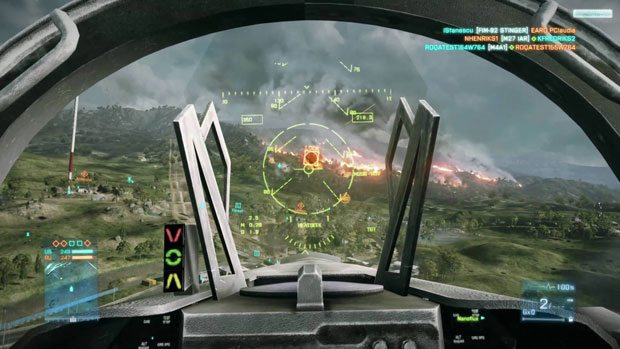 New gamplay video from the Battlefield 3 beta snatched from the Caspian Border map has surfaced this morning on YouTube.  The new video is one of the first of it’s kind with a high-resolution look at all that Battlefield 3 has to offer.  In the video below, of course you’ll see some standard gunplay, but better yet you’ll get a good look at some live vehicle gameplay and probably the best representation of what to expect from the game in it’s large scale battles.

The Battlefield 3 beta recently started across the PlayStation 3, Xbox 360, and PC channels for those that have either pre-purchased their copy of the game via Origin, or had the foresight to purchase Medal of Honor’s Limited Edition last year.  The closed portion of the beta will last until September 29th, when the beta will open to all players across all networks.