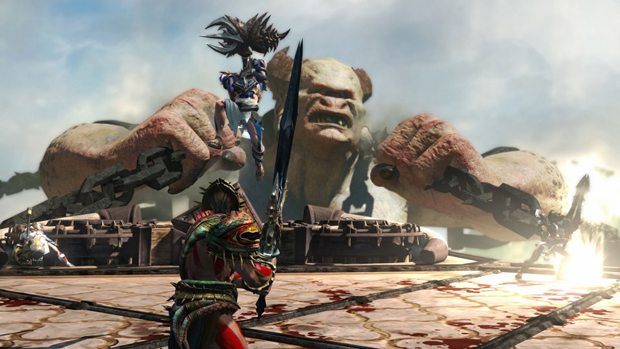 Polyphemus is the giant one-eyed son of Poseidon, and you’ve already seen him in the early videos of God of War Ascension. From a visual perspective, the design for Polyphemus stems from Thoosa in Ancient Greek Mythology.

On a tight schedule for E3, Sony Santa Monica designers claim that Polyphemus may have broken the record for “quickest turnaround of a major Titan” at the God of War Ascension studio.

For a bunch of screenshots from the Desert level in God of War Ascension Multiplayer, a complete run-down of the development process, and interview with creator of Polyphemus, hit the PlayStation Blog.