The latest news in the world of video games at Attack of the Fanboy
April 13th, 2015 by William Schwartz 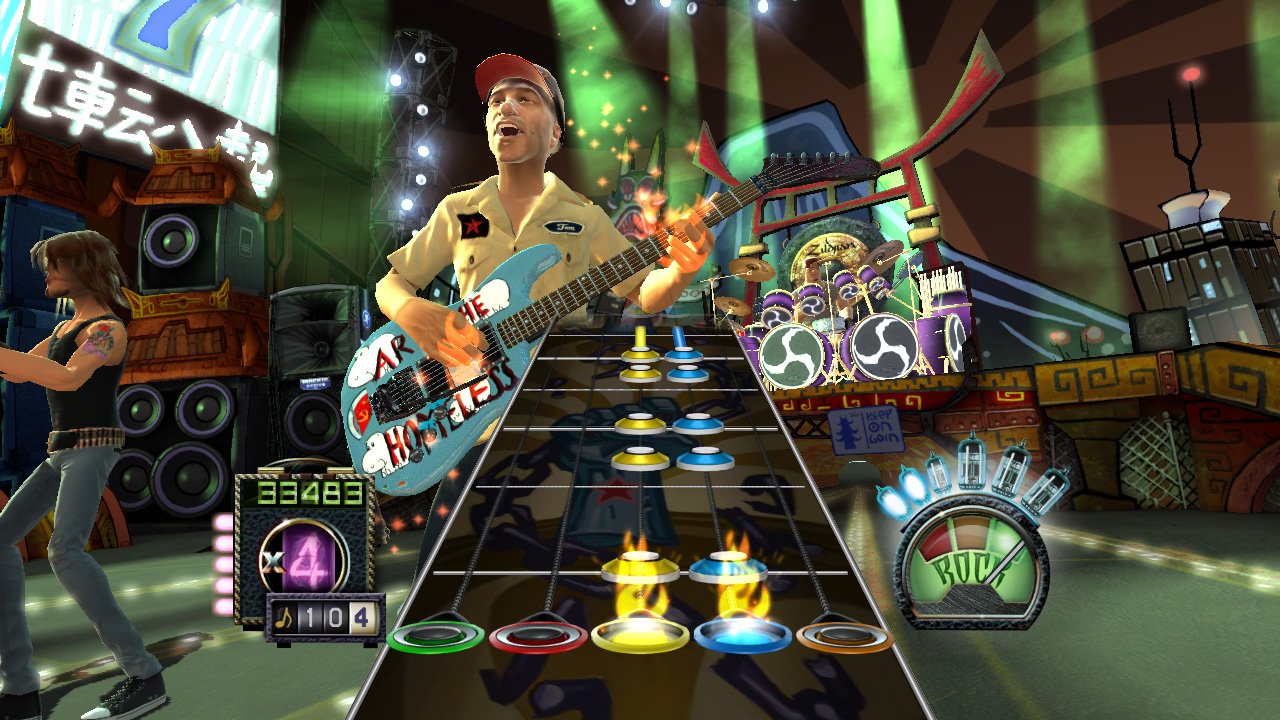 It’s happening everyone, Guitar Hero looks to be making a return if the newest Activision teaser is to be believed. The teaser pretty much spells it out for fans, but we won’t have to wait long for the official reveal.

Prepare your body. A new trailer that appears to have leaked out of Activision and made its way onto VG247 strongly hints at some Guitar Hero 7 action. I mean if you consider guitars, guitar picks, bands, rocking out and odd first-person band member sequences ‘action’ then yeah. I mean the teaser pretty much spells it out unless they re-brand Guitar Hero and call it something else. How did Band Hero do? Oh, right. Well, then it is likely going to be Guitar Hero then.

Fans can expect the announcement tomorrow to find out what it is, but I guess the real concern will be if we will have to purchase new instruments or will it be backwards compatible like the previously announced Rock Band 4. Would you look at that, talking about Rock Band and Guitar Hero. I feel like it’s 2007 all over again. Nostalgia aside, it will be interesting if previous track purchases will also be compatible with future iterations of the franchise.

I guess all will be revealed tomorrow. Prepare to break out the axe and play ‘Through The Fire And Flames’ one more time to ‘get your skills up to par’ before the release. Now we just have to convince Activision to make DJ Hero 3 and we are all set on music games.