The Last of Us PAX Prime Walkthrough 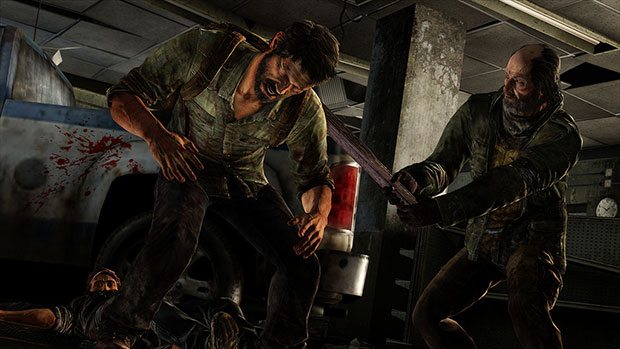 A new demo for The Last of Us was revealed at PAX Prime this past weekend in Seattle. The new demo features new narrative, environmental puzzles, stealth elements, and other features of the upcoming game.

According to Naughty Dog, the demo above highlights “narrative exploration through interactive prompts, the balance of power AI, and some of the dynamic stealth elements you’ll be able to use to plan Joel and Ellie’s survival.

The Last of Us is a third-person Survival-Action game that utilizes choices in gameplay action to develop the game storyline, as well as the relationship between the two main characters, Joel and Ellie. The game features a combination of combat, exploration, stealth and platforming game mechanics. Although Joel and Ellie are both residents of a post-apocalyptic world, they have had different experiences that affect the way they see the world around them, and feel about what they see and do.

Joel had a life before the pandemic, while the world of the pandemic is all that Ellie has ever known. As part of Joel’s job to smuggle Ellie out of the quarantine zone, players have to make choices in how they deal with enemies, which include, roving gangs of human scavengers not unlike themselves, military elements and infected civilians.

Players also have opportunity to together interact with elements of the world around them, which helps to build the bond between Joel and Ellie. Resources in the game are scarce, making overwhelming use of firepower unlikely and unwise in conflicts, and resource gathering missions.

In addition, most other residents of the ruined world that are encountered are just trying to survive – blurring the line between good guys and bad guys. Finally, game AI react differently depending on the specifics of the player’s actions, making choice in gameplay a major consideration.

The Last of Us is due out in 2013, exclusively for the PlayStation 3.

The Last of Us Walkthrough

The Last of Us videos
We're Looking For Contributors

Home / PlayStation / The Last of Us PAX Prime Walkthrough