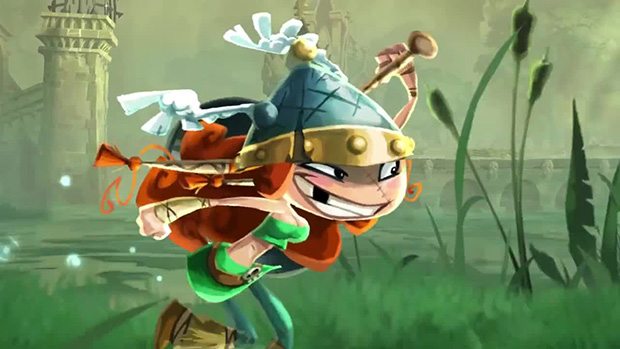 Barbara is a new character in Rayman Legends, and is one of the cooperative players in the upcoming game for the Wii U. This axe-weilding, helmet wearing barbarian will be on display at GamesCom next week in Cologne.

She is one of the five new playable cooperative characters in Rayman Legends for the Wii U. Rayman Legends on the Wii U will leverage the unique possibilities of the Wii U’s tablet controller interface.

In Rayman Legends, when Rayman and friends discover a mysterious tent filled with paintings of mythical worlds, they are sucked into the paintings and set out on an epic adventure. Rayman Legends is due for the Nintendo Wii U this holiday season from Ubisoft.