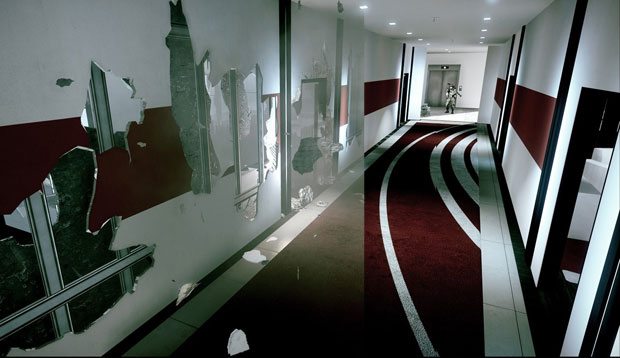 Some fans might still be on the fence about Battlefield 3: Close Quarters which due out in June, but DICE is doing a hell of job when explaining what’s sure to be another exceptional expansion for the game.  With the focus on “Close Quarters” DICE is looking to capitalize on one of the major strengths of the Frostbite 2 Engine… destruction.

“Listen for the footsteps, spray the wall, throw your grenade, cover one angle each and constantly communicate. The experience grows with our tried and tested squad play mechanics, and the intensity and pure challenge of trying to dominate these close quarters is something I’m convinced will put even the best squads to the test,” said lead designer Niklas Fegraeus on the Battlefield Blog.

“There is something very unique about an indoor fire fight. You have to cover angles in new ways, use sound to track your enemies, navigate with much more careful precision and most importantly, you’re never safe. Danger is always no more than a few meters away. It’s a scenario that always makes me feel 100% in the fight. There is no dull moment, you’re always on your toes, on the edge.”

Sure it might take a little getting used to for the fans that appreciate Battlefield 3 only for its spawning battlefields and vehicular combat, but one look at the video below, and you’ll be hard pressed to find a fan of the franchise or shooters in general that says that doesn’t look like its going to meet the pack’s lofty expectations.