Tomb Raider not the same as Uncharted says Crystal Dynamics 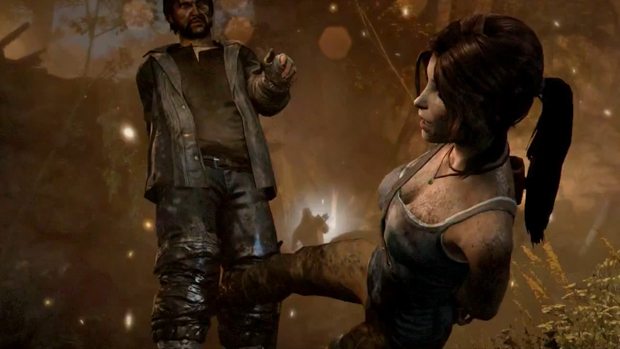 You can ask just about anyone who watched the Tomb Raider demo at E3 2012 whether or not Crystal D’s latest game bares similarities to Naughty Dog’s popular Uncharted franchise, and you’ll likely get an emphatic yes.  Crystal Dynamics Studio Head, Darrell Gallagher, believes that there are a lot of differences between the two games.  According to a recent interview done with the Square Enix PR Team at E3 2012, Gallagher explains the differences between the two franchises.

Transcribed by Silicon Era: “Well, naturally, they’re action-adventure, OK, so there’s going to be some comparison. I don’t think we can get away with that. And there are certain things the Uncharted series has done, which is borrowed heavily from Tomb Raiders [of] old. So, again, there’s gonna be some crossover.  That said, I think when we show the game as a whole—when you get to experience it, start to finish—we believe there’s a lot of differences between the two.

“I guess the comparison I can make is, you can have two summer blockbusters, and they can be big action things, with two different actors and things like tone and mood and story separate the two very differently. So, our tone is very different. Our storyline, our narrative. Our lead character is very different.

“And deeper than that, in terms of the gameplay, we have a resourcefulness to Lara, right, that you start seeing in some of the demos we’ve given, which I think is again a different thing to Uncharted. Also, our game structure. I think we have some wider areas. I think our hubs, which we’ve not necessarily shown yet. I think they’re a really big differentiator. Our ability to re-traverse. The ability system on the island. Hunting. The ability to go and take deer and other animals on the island.

“I think there’s a lot of small differences that actually make the two products sort of stand apart when you actually experience them in full. So, there’s not just like one big thing, right. It’s not like you look at a summer blockbuster, and this is one big thing and a movie is different because of that. A lot of small pieces add up to something different.”