Among a wealth of equally excellent adjustments. 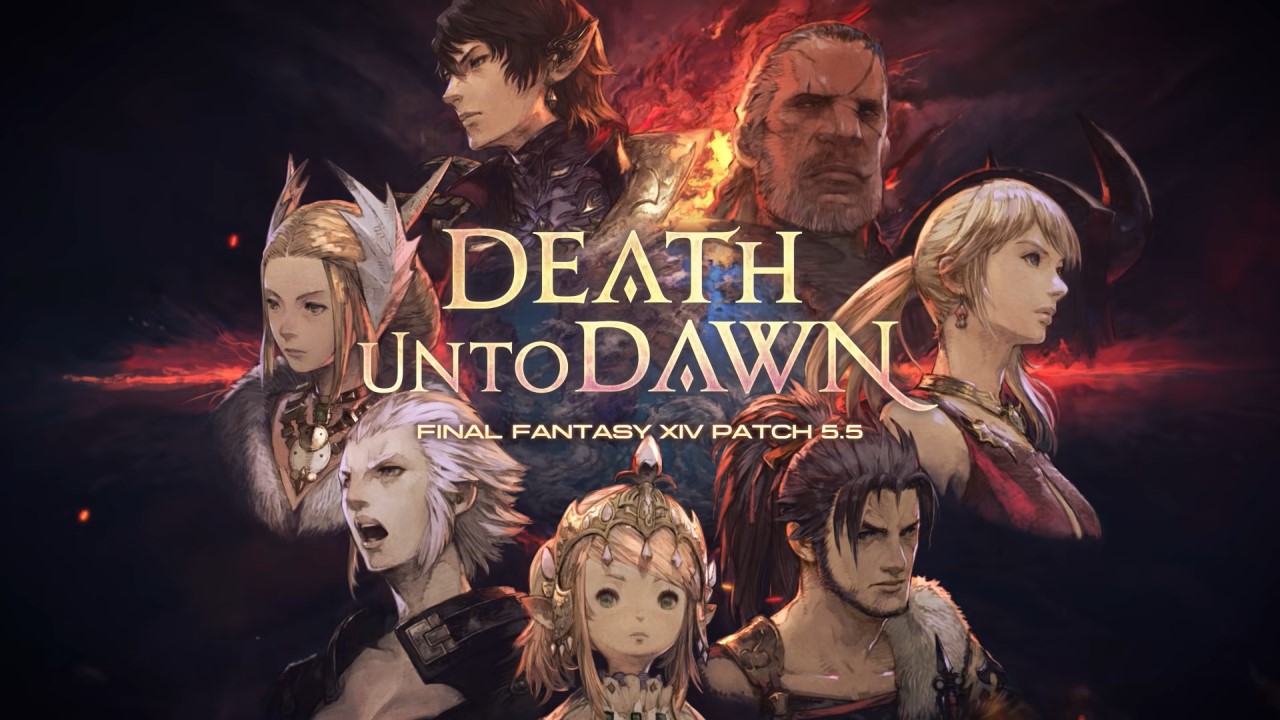 Final Fantasy XIV Patch 5.5 contains a wealth of various quality-of-life changes, though some are simply better than others. While we will all inevitably have our own favorite quality-of-life tweaks in the patch, there are a handful that simply standout among the rest.

Not all of them are cosmic, but they each go a long way in making Final Fantasy XIV even more of a joy to play. Listed below in no particular order are what I believe to be the six best quality-of-life changes in Patch 5.5, Death Unto Dawn. 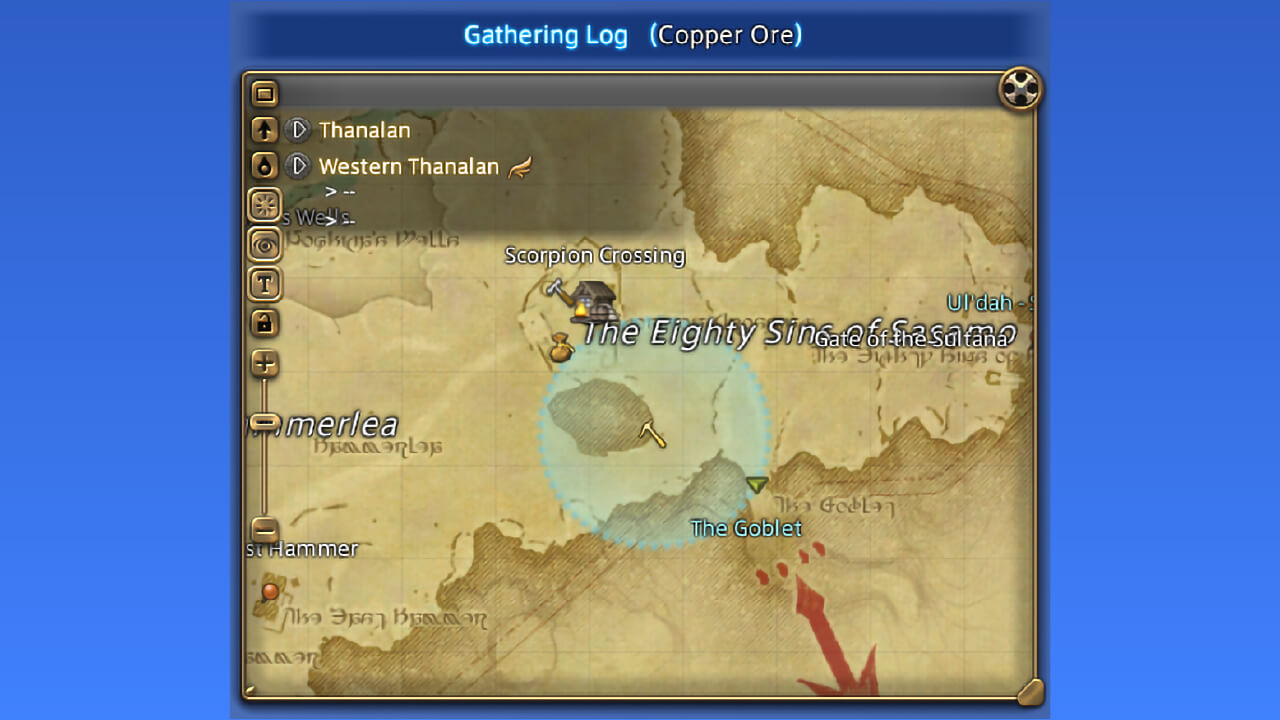 You can view gathering node locations on the map via the Gathering Log.

Anyone who’s leveled a gatherer can tell you how annoying it is to hunt down a new gathering node out in the world. Previously, the Gathering Log would give you the name of the zone and the general sub-location where a gathering node was located, but you’d still have to fly around and hope you found the right spot.

No more as of Patch 5.5! The Gathering Log will now highlight the exact location of the gathering nodes on the map. Not only will this help newer gatherers efficiently level, but it’ll cut a lot of the tedium out of farming. A simple, but welcome change, if a bit late. 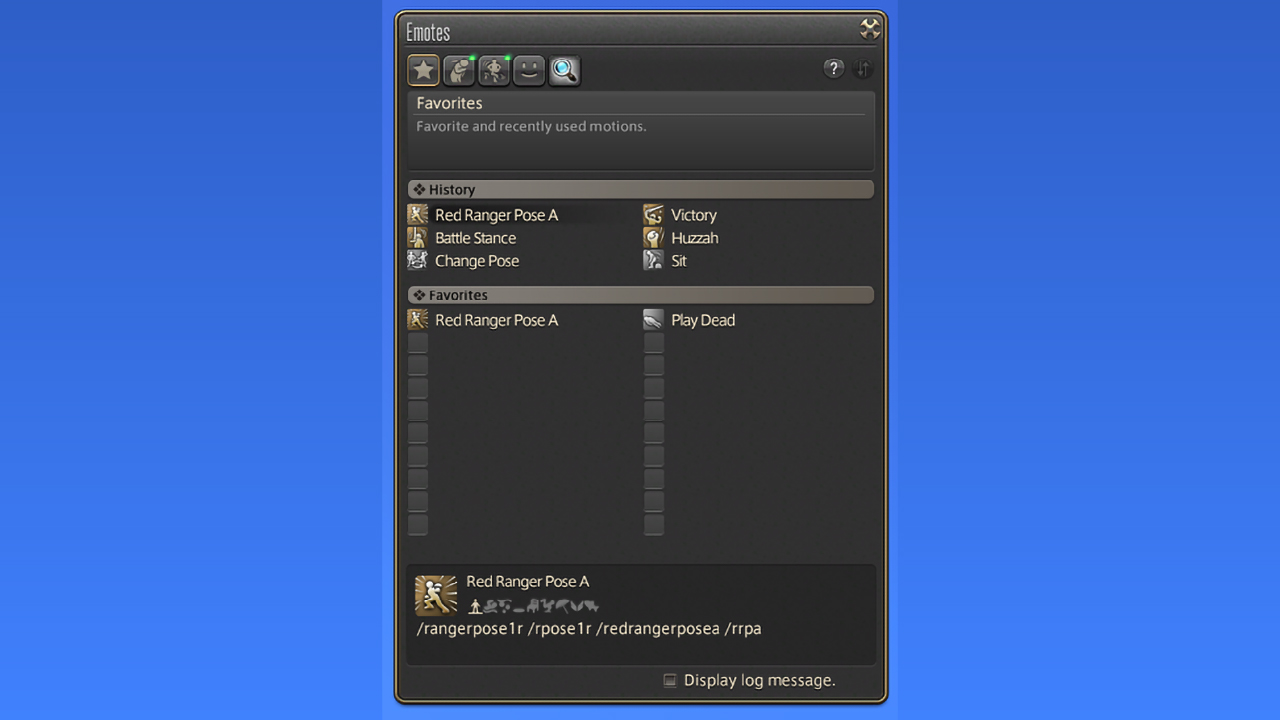 The Emote menu finally has a search function.

Final Fantasy XIV has a sizeable number of emotes. While the Emote interface isn’t the hardest to parse, it’s a bit . . . packed. Now we can search for the exact emote we want to use, because Patch 5.5 has added a search tab to the Emote window.

I no longer have to store all my usual emotes on my hotbars, since my memory is absolute garbage and I like to have them available in a pinch. Curmudgeons like myself aside, this is a long overdue quality-of-life addition that will benefit everyone in Final Fantasy XIV, even those of us who don’t use emotes frequently. 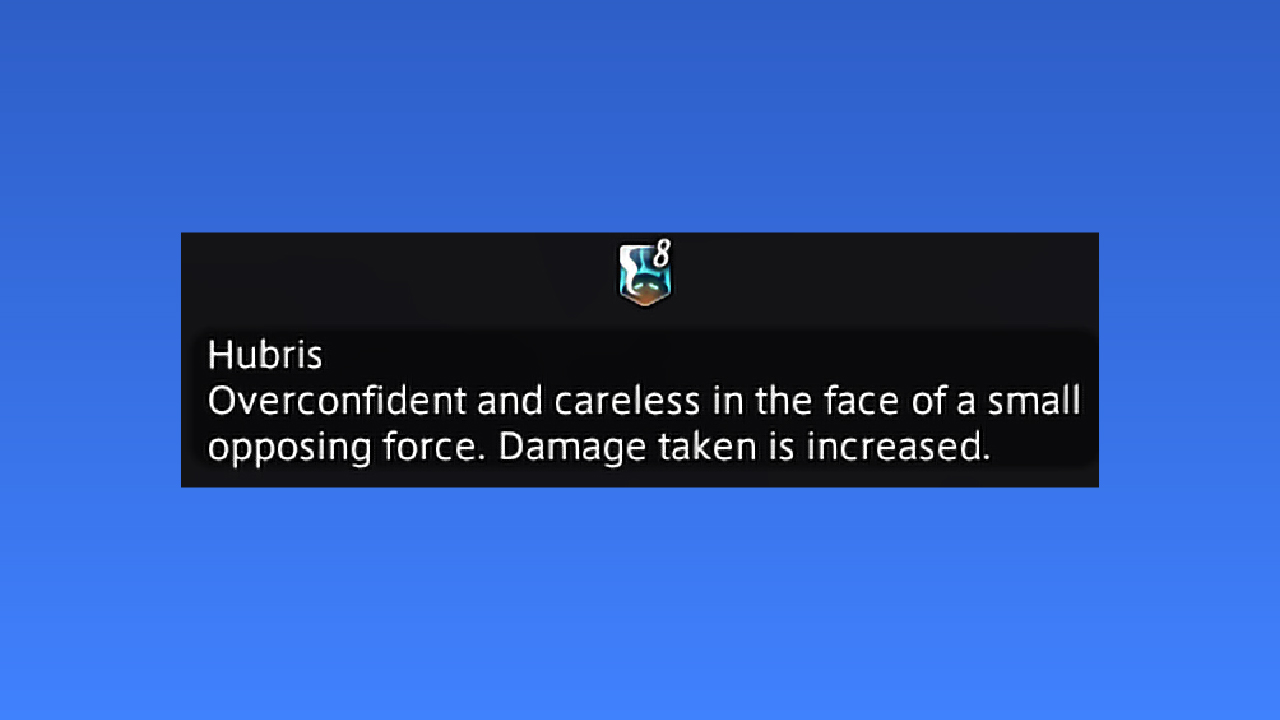 Grinding in the Bozjan Southern Front is about to become a whole lot snappier.

If you’ve spent any time in the Bozjan Southern Front you know people kind of roam around like a herd of cats. Between the various skirmishes, Critical Engagements, and Castrum runs it’s not uncommon to find yourself suddenly out-numbered by the enemy. Considering you can lose hours of hard-earned Mettle upon death, well, it can make grinding in the war-torn zone a touch stressful.

As of Final Fantasy XIV Patch 5.5 we’ll be able to grind the Bozjan Southern Front with a little more peace of mind. First and foremost, skirmishes will now feature a mechanic called Hubris. As people leave the skirmish to do . . . whatever it is they plan to do, the Hubris debuff will take effect on your foes, increasing the damage they take. The more people that leave the more the Hubris debuff will increase.

Finally, we can purchase a mount speed increase for the zone, which means traveling between skirmishes won’t take nearly as long. We’ll actually be able to reach them before they end. To summarize all of this: you can safely and more efficiently grind in the Bozjan Southern Front regardless of how full or empty your instance is. Grinding relic weapons has never been easier, which is a win for everyone. 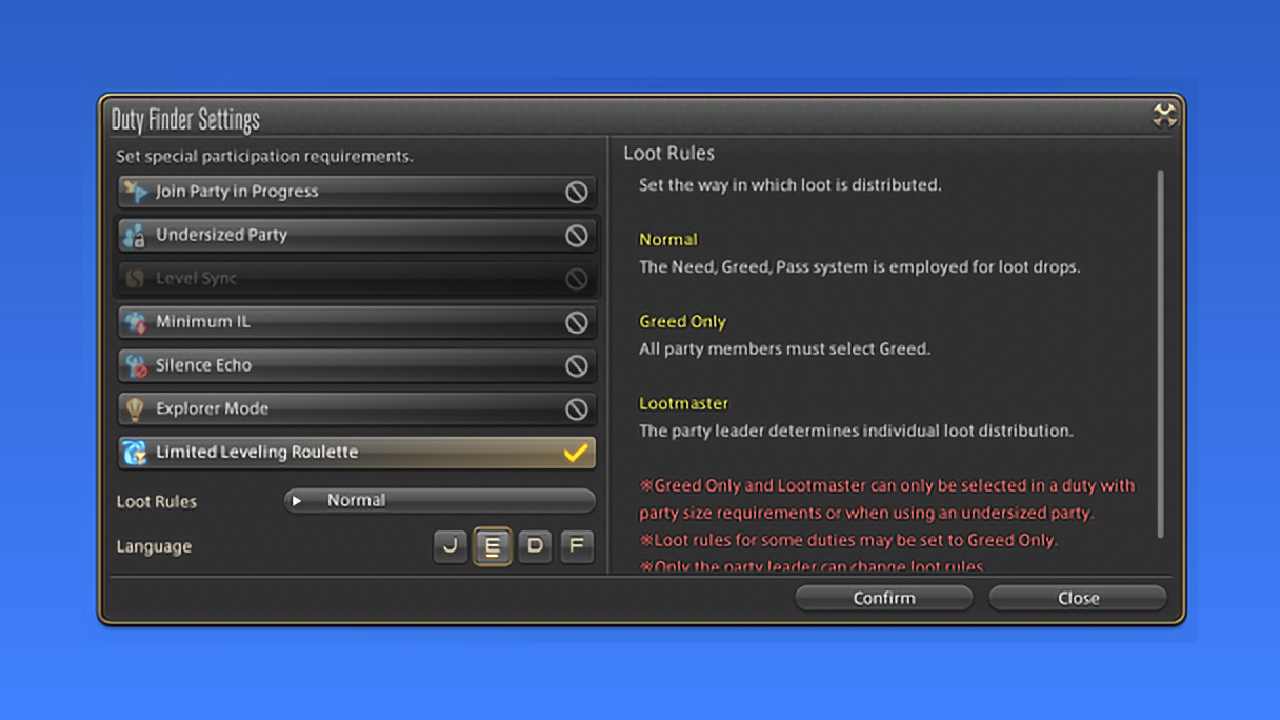 The Leveling Roulette can be limited to better match your party.

It’s taken over seven years for this quality-of-life adjustment to arrive in Final Fantasy XIV, and it’s my personal favorite out of this list of changes in Patch 5.5. Why? Because we’ve all likely experienced this particular headache: queuing with our full four-man premade for the Leveling Roulette and ending up with a beginner dungeon like Sastasha . . . despite our entire party being level 60 or higher. That’s not exactly what any of us would consider ideal.

Finally, after all these long years, we can enable a limit for the Leveling Roulette via the Duty Finder Settings. What this new option allows us to do is ensure the Leveling Roulette only picks dungeons that’ll benefit our premade. You have to be in a full four-man party for this option to take effect, and it will scale within eight levels of your lowest level party member (so if they are level 70 you will queue for dungeons between levels 63 and 70). Those limitations aside, the Limited Leveling Roulette option is a godsend for those of us leveling alts with our friends. 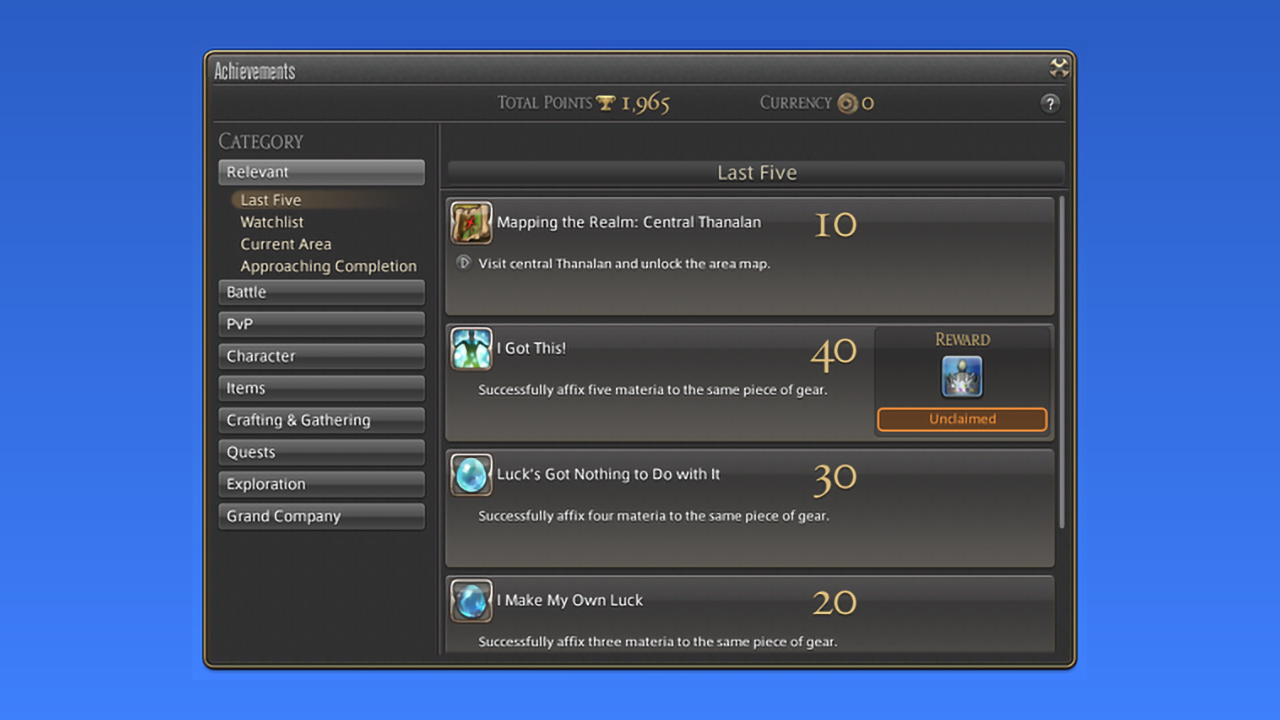 You can grab achievement rewards from the Achievements window.

Raise your hand if you are tired of running to Old Gridania to speak with Jonathas to grab your achievement rewards in Final Fantasy XIV. As of Patch 5.5 that’s a thing of the past (though you’ll still need to visit the old man to redeem your Achievement Certificates).

The 4-star and 5-star limitation in Triple Triad has been relaxed in Patch 5.5.

This quality-of-life adjustment in Patch 5.5 is a little more niche, but fans of Triple Triad in Final Fantasy XIV will no doubt rejoice its inclusion. Previously you were capped to a single 4-star or 5-star card in your Triple Triad deck, which led to the rather infamous Ishgardian meta.

Welp, you can now hold two 4-star or higher cards in your deck, though you’re still limited to a single 5-star card overall. Cards are also easier to obtain overall from NPCs, so hopefully this change is enough to shake up the currently stale Triple Triad scene.

These are what I consider to be the six best quality-of-life changes in Final Fantasy XIV Patch 5.5, Death Unto Dawn. I’m sure some of you will disagree my choices, or will have a handful of others you feel should have been mentioned. Let us know what other changes in Final Fantasy XIV Patch 5.5 you consider amazing in the comments below. Or, you know, pop in to tell me how wrong I am about the six above.