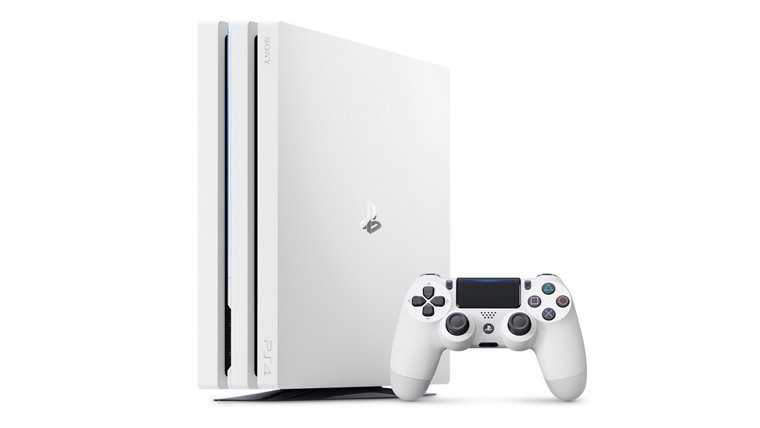 A month ago, when Microsoft revealed the Xbox One X during its E3 conference, many of us wondered how would Sony respond to this announcement in order to secure its position as the market leader. The answer seems to have come today in the form of a Glacier White PS4 Pro coming in September alongside Destiny 2.

The news tells us a lot more than it seems at first sight. First of all, don’t expect a price drop for the PS4 Pro any time before the Christmas season. The PS4 Pro is available right now at a price of $399 at Best Buy, and the Destiny 2 bundle with the Glacier White model is launching on September 6th for $449, which is very near the same price as just buying the console and the game separately.

Coming November, expect a special sale for Black Friday that extends to December and January, but that enters the range of seasonal price drops instead of an institutional move.

Also, while the Xbox One X surprised with its slick design (it’s officially the smallest Xbox console ever released) Sony doesn’t seem too bothered by the size comparison with PS4 Pro, which is slightly bigger than the original PS4. Introducing a brand new color in September means that the company is not likely to present a smaller revision for the rest of the year.

Don’t expect a price drop for the PS4 Pro

Why would Sony not react in a more drastic way? Simply put, it doesn’t really need to. The PS4 Pro and Xbox One X audiences are limited to people who care about graphic performance enough to spend more money than the base models, and they complement their purchase with a 4K TV, which in 2017 is still a minor part of the market.

Looking towards 2018 and beyond, the audience of the 4K technology will become a higher priority for the company, but they can save the costs of developing a new hardware revision and its marketing for then.

With Xbox One X releasing at a higher price anyway and lacking the PlayStation exclusives that have made PS4 reach 60 million sales before any other Sony console, 2017 doesn’t seem like a point when Sony needs to make any significant moves beyond giving many fans what they have been asking for the whole year: a white PS4 Pro.