White PS4 Pro Is Finally Coming – Along With Destiny 2 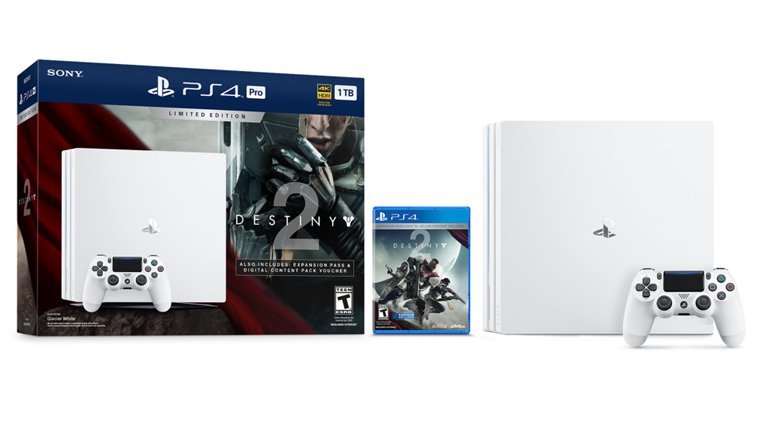 Ever since Sony announced the Glacier White model of the baseline PS4 earlier this year, the fanbase has been clamoring for the extra-powered version of the console to receive the same treatment. Today, their wishes finally come true, with the announcement of a bundle coming next September with including the new Glacier White PS4 Pro and a physical copy of Bungie’s Destiny 2.

The Glacier White PS4 Pro has been introduced by the American and the European PS Blog. It includes a 1TB HDD, and a matching white Dual Shock 4 controller. The bundle also includes a voucher to download Destiny 2’s Expansion Pass. If that wasn’t enough, PS4 players will also receive some premium digital content that will be released on Sony’s console before than any other platform. That includes a competitive multiplayer map, a three person co-op Strike, a new ship, specialised gear set and an exclusive exotic weapon.

PS4 Pro offers some extra power compared with the base model, which is used to show games in higher resolution and framerate, with some games even featuring options to choose which facet players would like to see improved the most.

The Glacier White PS4 Pro bundle with Destiny 2 will launch on September 6th in North America for $449.99 USD/$549.99 CAN, while prices in Europe will depend on the retailers.