Monster Hunter Rise is a Clever Mix of New and Old

Capcom's landmark franchise continues to learn and grow from its past. 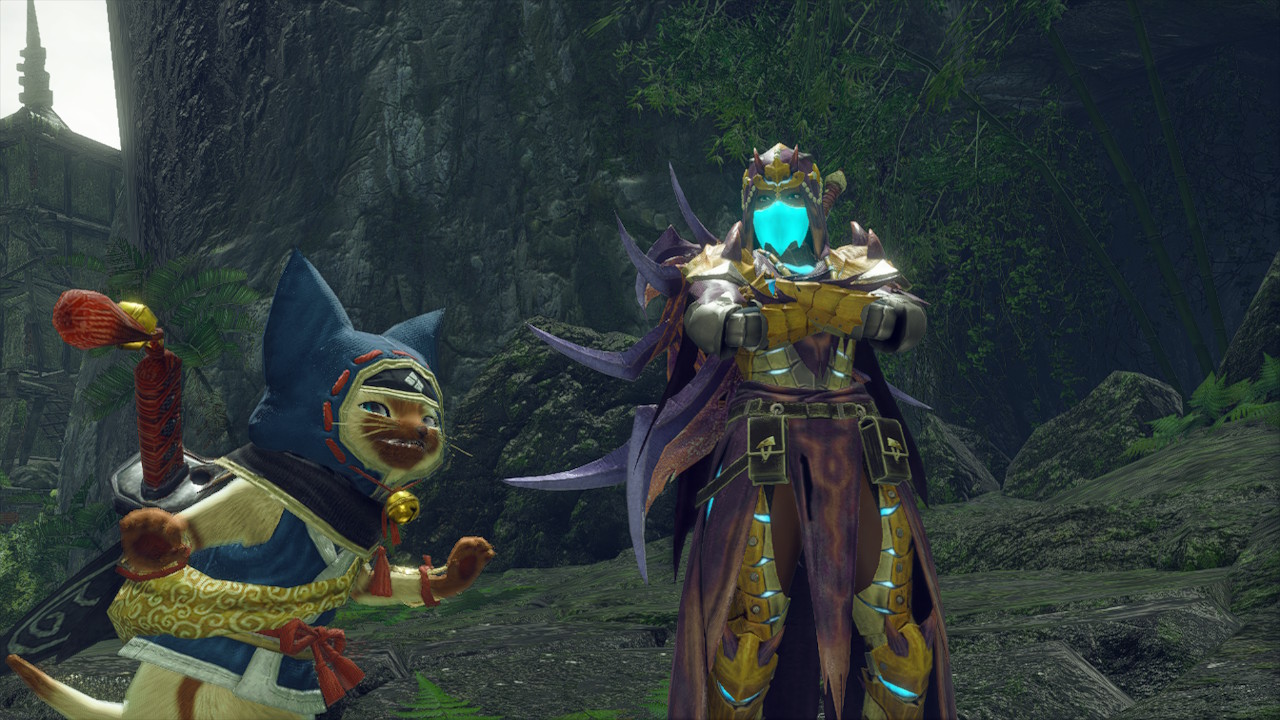 Monster Hunter Rise is a of two worlds. The Monster Hunter formula was given a long-needed shake-up a few years ago when Monster Hunter World took the world by storm. The core-loop of “fight monsters, carve up monsters to craft better armor and weapons, then take on larger monsters” hasn’t shifted since the first Monster Hunter dropped in 2004, and it hasn’t had to. What World did was expand on the, well, world hunters interacted with, and it brought with it a wealth of much requested quality-of-life improvements that made the franchise more accessible than ever before.

On the other side of the aisle is Monster Hunter Generations, a spin-off that launched originally on the 3DS back in 2015 in Japan. It followed the traditional template established in the main Monster Hunter series, yet it wasn’t afraid to try new things of its own. The regular day-to-day operations of monster hunting and the level-design didn’t deviate too far from the established norms, but combat was shaken up with Hunting Arts and Hunter Styles. Hunting Arts were powerful abilities that had to be charged up prior to use, and they were capable of shifting the outcome of even the most harrowing battles. Hunter Styles allowed hunters to specialize is one of several given styles, such as the Aerial Style that emphasized mid-air combat.

It’s not exactly a secret that the Switch’s hardware is woefully underpowered, even when compared against the original PlayStation 4 and Xbox One. The little console doesn’t pull its punches, but it’s simply in a different weight class. Because of the console’s inherent technical limitations, Monster Hunter Rise can’t duplicate the intricate and dense level-design found in World. That’s not to say the zones in Rise are a regression; to say such would be an insult to the hard work the designers and developers over at Capcom have poured into Rise. 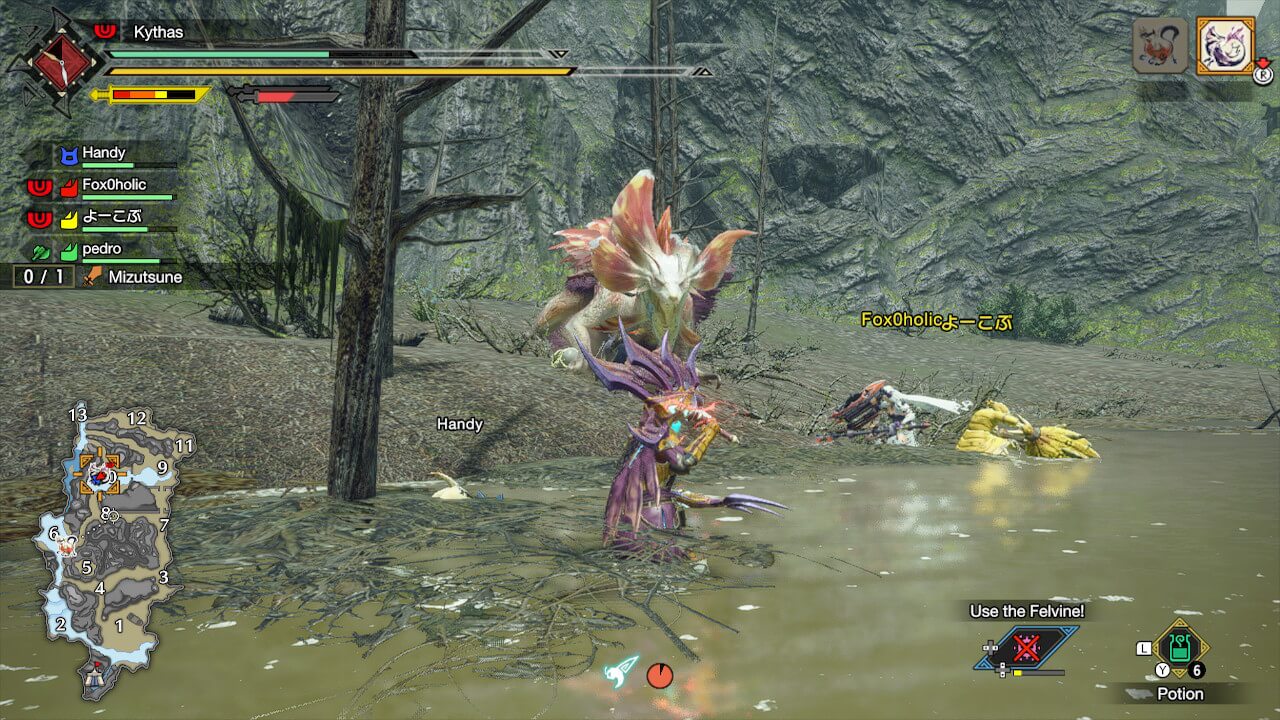 While we only have the one zone to play within the Rise demo, trailers and footage have shown us that the zones in Rise, while closer in spirit to Generations than they are to World, are at least more detailed, and are far more open than any other Monster Hunter title prior to World. There’s even a dynamic day-and-night cycle, and the zone we could play around in within the demo was large and unsegmented (unlike zones in the older games which were broken down into smaller portions you had to transition between due to hardware constraints).

Capcom tried to get as close as they could to World’s level-design, and it’s clear their vast experience in designing portable Monster Hunter games helped inform their decisions. The maps are filled with corridors and hills that limit line-of-sight and in effect draw-distance, which help prevent the mobile GPU in the Switch from choking to death. The environment has just the right of amount of detail to make it feel alive without clogging the screen with assets. Rise’s environments may not be as lovely as World’s, but they’re still a vast improvement over everything else that’s come before.

That said, environmental textures are pretty muddy and low-resolution, but you’ll barely notice when the game is in motion. Monster Hunter Rise uses Capcom’s in-house RE Engine, and Rise is a stunning showcase of engine’s impressive scalability. Environmenta; textures may look like they belong in Monster Hunter Generations, but much of the other details and graphics in Rise are surprisingly better than expected. No one will confuse Rise for a “last-gen” game (and by that I mean the PS4 and Xbox One, since the new consoles are technically the current-gen now), but Rise is pretty damn impressive for a game running on the Nintendo Switch.

The lighting and character models standout the most. The majority of pre-baked shadows are solid, lacking that edgy pixelated look you find in many other Switch titles, though dynamic shadows are still somewhat fuzzy around the edges. Objects believably refract light thanks to some solid subsurface scattering, with armor and weapons standing out the most. Monsters, hunters, and Palico alike look remarkably close to their Monster Hunter World counterparts. Armor textures are not as crisp as World’s, but they look good in motion on both the Switch’s little screen and my 4K television. What’s especially impressive is how fur and similar materials appear to be fully rendered and react dynamically to movement and motion. All of this at resolutions that don’t make the final image appear as it it had been smeared with a thick layer of Vaseline. 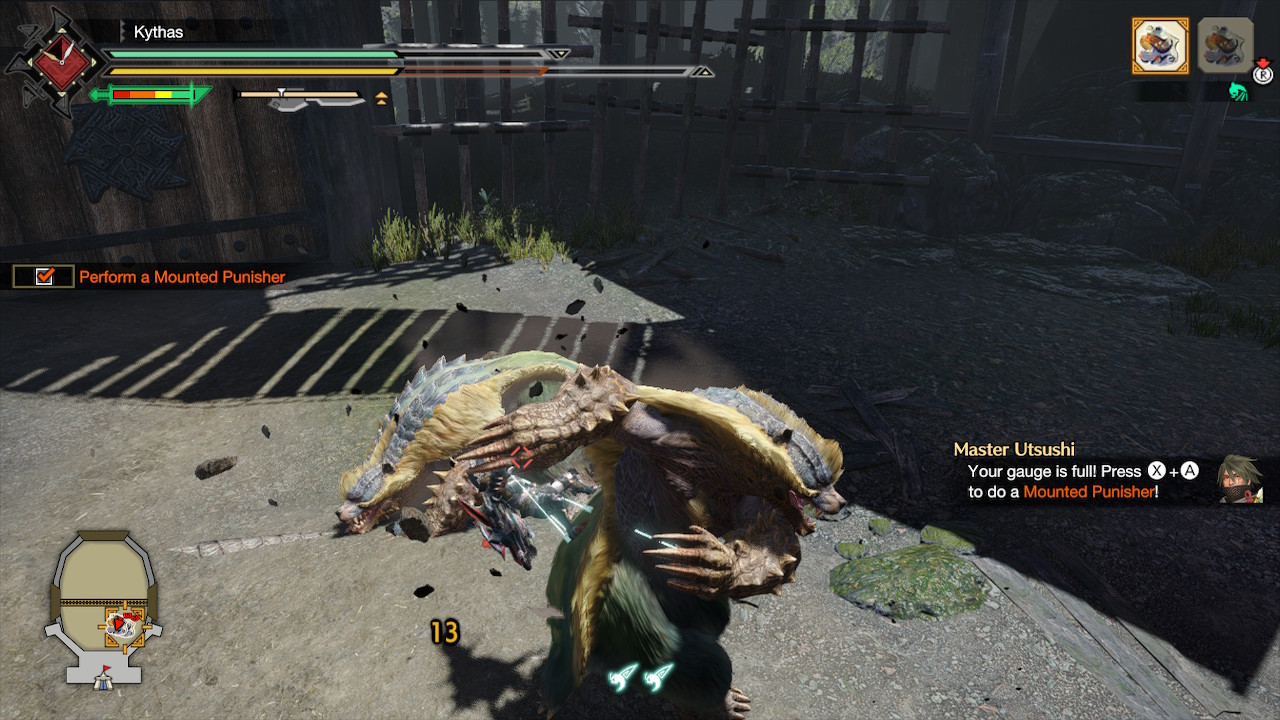 The usual graphical sacrifices needed to get a game running on the Switch can be found in Rise – anti-aliasing is a mixed bag – but the overall results have been surprising. If I had to sum the visuals up I’d say Monster Hunter Rise looks like Monster Hunter World on mostly low settings, with a few settings upped to medium. For a portable Monster Hunter that’s frankly incredible. There is one major issue, however: performance is spotty. I’m glad Capcom found a way to make Rise look as good as they have, but the frame-rate barely holds a locked 30, especially in multiplayer when fighting a larger monster like Rathian. Hopefully Capcom is able to improve performance between now and launch as they spend these final few weeks optimizing the game.

Environments and graphics are not the only area in which Monster Hunter Rise feels like a blending of old and new: the combat has taken some inspiration from Generations while maintaining World’s depth and precision. Hunting Arts and Hunter Styles haven’t made their way over to Rise; instead the Wirebug acts as their replacement. If you’ve watched any of the trailers or gameplay videos released for Rise you’ve at least noticed it in action as a grappling hook of sorts. Our new little companion does far more than that though.

The Wirebug can be used to pull your hunter forward, up, down, and all around. It can also be used to recover from a knockback while airborne, which is a god send in some fights. You can aim the Wirebug manually, or use the X and A buttons to quickly fire it off for some rapid positioning. You can use it to sling yourself up over a monster for a devastating plunging attack, or fire it towards a wall to run up and backflip out of harm’s way. The Wirebug greatly expands hunters’ mobility in and out of battle, yet it has a couple other tricks for savvy hunters to exploit.

The Wirebug enables special “Silkbind” attacks, and each of Monster Hunter Rise’s 14 different weapons have two unique Silkbind abilities. One is largely evasive, allowing hunters to quickly reposition without sheathing their weapons first, or wasting stamina to dodge out of the way. The other is a powered attack that not only hits hard and confers a couple of helpful buffs (depending on the weapon), but slowly wraps the monster up in silk wire. Eventually the monster will be bound in-place, giving hunters one of two options: pummel the beast while it’s immobile, or take it for a tooth and claw infused joy ride.

The mechanic is called “Wyvern Riding” and it’s new to Monster Hunter Rise. Hunters have been able to leap on to monsters in previous entries, but they’ve never been able to take full control. When atop a monster, a hunter can direct its movements, attack other monsters, and slam the beast into walls to deal damage. You can even run it over to a different monster to trigger a brawl between the two, causing even greater damage to each. It’s a fantastic addition to the series, one that adds yet another tool to the already vast toolkit available to hunters. Now you can not only trap, shock, stun, and bind a monster, but mount it and then use it to take down other monsters. 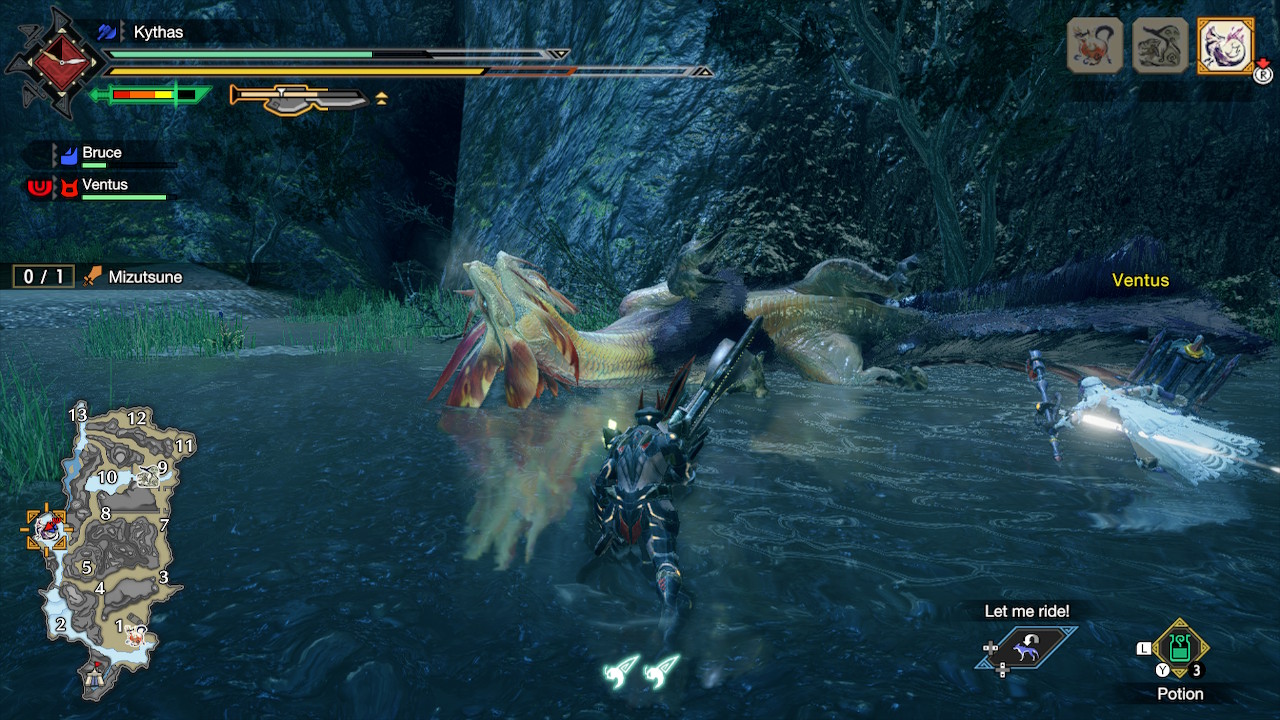 Players are still learning how to best use the Wirebug in combat if online coop has shown me anything, which is to be expected. What I wasn’t expecting was the servers holding up as well as they have. Despite some issues with downloading the game, playing it online has been relatively seamless and smooth. I say “relatively”, because Monster Hunter Rise’s online matchmaking hasn’t evolved all that much from Worlds. To its credit, we still haven’t seen how the game handles coop within the hub of Kamura Village.

For now it’s the same lobby system we’ve seen before, and you need to manually send your friends the lobby code to bring them over into your game (the 60-second timer makes this a bit of a pain in the ass if everyone isn’t ready). I don’t expect matchmaking in the demo to be entirely representative of what we’ll have in the final product, but there are weird limitations and timers in the demo I hope disappear once Monster Hunter Rise is released.

At least there’s baked-in voice chat that doesn’t require the use of a phone app! Not that it’s required: hunters are fully voiced now, and make callouts in combat that are intelligently informative. Outside of combat they’re repetitive and a bit hokey, but those who were worried about having a voiced hunter can rest a little easy. Then again, its hard to say how well the voice-acting and greater emphasis on story will land, but the callouts thus far have been more helpful than annoying.

Monster Hunter Rise is a clever mix of new and old. It takes bits from the older portable Monster Hunters, like the level-design, and spices them up with World’s more refined seasonings. Combat has learned a trick or two from Generations without losing any of the luster that made World’s so exquisite (and punishing). Best of all, it appears all the quality-of-life improvements introduced in World are in Rise. We’ve yet to see if the narrative is any good, but it’ll certainly be more robust than anything we’ve had previous main-line Monster Hunter entries, so it remains something worth looking forward to.

I’m excite to get the final product in my hands, and for the hundreds of hours of monster slaying ahead of me. If the demo is anything worth going off of, Rise won’t be as dramatic a shift for the franchise as Monster Hunter World was, but that won’t stop it from being a worthy successor to the successful juggernaut. Monster Hunter Rise releases March 23rd exclusively for the Nintendo Switch, and you can pre-order it now on the eShop. You can download the demo here, which will be available until January 31st.