Ride all the monster in the Frost Islands with the new Wyvern Riding mechanic. Monster Hunter Rise will be the next entry in Capcom’s wildly successful series about killing beasties to use their flesh and bone to tackle larger beasties. Earlier today the company shared a gameplay video over on their official YouTube channel that showed off one of the areas players will be able to explore, in addition to new and returning monsters, and a mechanic that’ll allow hunters to take their prey for a ride. Oh, but that wasn’t all: a demo of Monster Hunter Rise will go up later today on the eShop, but it won’t remain there forever.

The Frost Islands in Monster Hunter Rise were the highlight of the gameplay video, and as the name implied the frigid zone was packed with icy foes. The Goss Harag is one of the new monsters making an appearance in Rise, which looks like a giant yokai, specifically an Oni had it been mixed with a bear. It uses its chilly breath to create a giant blade of ice on one of its arms, and the brute looks like it’ll be a challenge to tackle. Also shown off were the Tigrex, Barioth, Khezu, Lagombi, and Great Baggi.

Muztsune was given some extended screentime, and its water bubbles look like a right proper pain in the ass to deal with. The Magnamalo, Rise’s “star” monster, looks what you’d get if you slammed a lion into a full set of plate armor: one bulky and pissed behemoth. It uses its claw and tail to ruin incapacitate hunters, though it appears to have some more gaseous and fiery tricks up its sleeves. Up its paws? Moving on . . . .

Following the zone and monster portion of the video, which also displayed the new Wyvern Riding mechanic (that turns any monster into a rodeo bull with the new Wirebug item), the Monster Hunter Rise gameplay video showed off some of the key characters hunters will interact with when the game comes out March 26th. Rise has a stronger focus on narrative than other traditional Monster Hunter titles, so we’ll be spending a lot of time with the village leader Fugen, bubbly twins Minoto and Hinoa, and everyone else introduced. 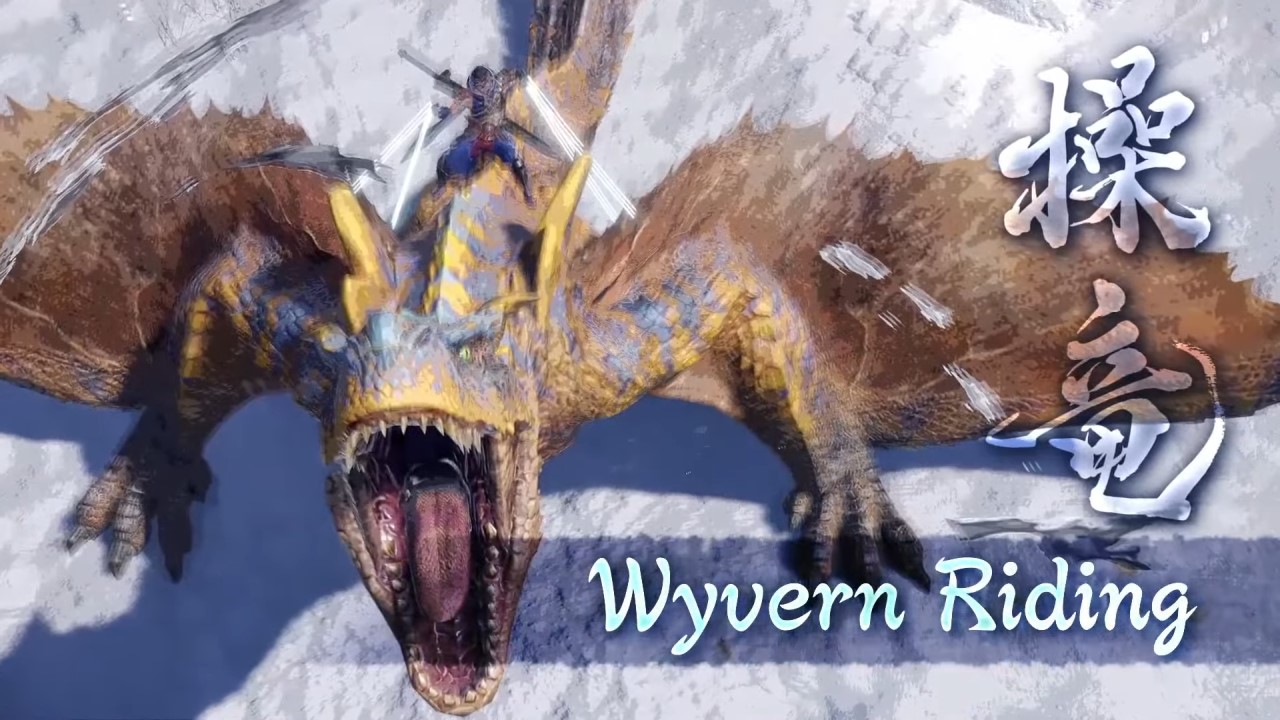 That wasn’t the last announcement though. A demo of Monster Hunter Rise will launch later today, January 7th (or January 8th, depending on your timezone), and it will feature both local and online coop. It’s a curated experience, with only two hunts available. There’s still a decent amount of content to dig into, however, and all 14 weapon types will be available. Per the press release that came out alongside the video:

Offline play won’t require a Nintendo Switch Online subscription, but hunters will need to have one to access online coop. Additionally, hunters will only have 30 quest attempts in the entire demo between both the beginner and intermediate quests. The tutorial and Wyvern Riding training will not count towards this limit, but once the limit is reached hunters will be locked out of them as well. That, and the demo concludes January 31st (or February 1st at 08:00am GMT). Suffice to say the Monster Hunter Rise demo is pretty limited in terms of how much and how long you can play it, so if you plan to play with friends you’ll want to keep an eye on your quest limit.

Monster Hunter Rise launches March 26th on the Nintendo Switch, where it’s an exclusive. The game will have both a standard ($59.99) and a deluxe edition ($69.99), the latter having cosmetic items to justify the extra coin. There will also be three amibo released for the game: a Palico, a Palamute (the dog version of a Palico), and the Magnamalo. Each will come with a special layered armor set (cosmetic armor) that can be used in Monster Hunter Rise.