The latest news in the world of video games at Attack of the Fanboy
March 10th, 2018 by Dylan Siegler 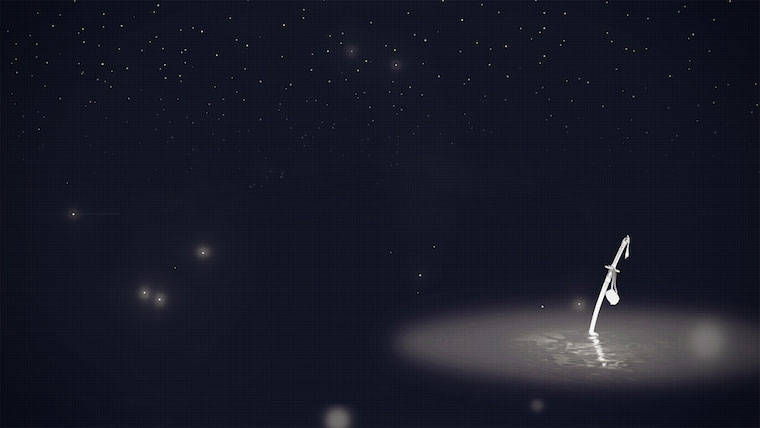 One of 2017’s best games (and in my personal opinion, one of the best games of all time), NieR:Automata, is now a year old worldwide, with it reaching the first anniversary of its Japanese release on February 23, its North American anniversary on March 7 and its PAL anniversary today, March 10. This anniversary has been celebrated in a few ways, such as the reveal that there’s still one last secret in the game, and the announcement of some sort of fan event coming up. I myself have been writing a few articles about the game on each of its regional anniversaries, so now it’s time for my last one.

First of all, this article contains MASSIVE SPOILERS for the entire game. If you haven’t gotten around to it yet, I would highly recommend playing through it, even if it doesn’t seem like the kind of game you’d be into. You might be surprised. Alright, spoiler warning’s out of the way, so now let’s get into it. 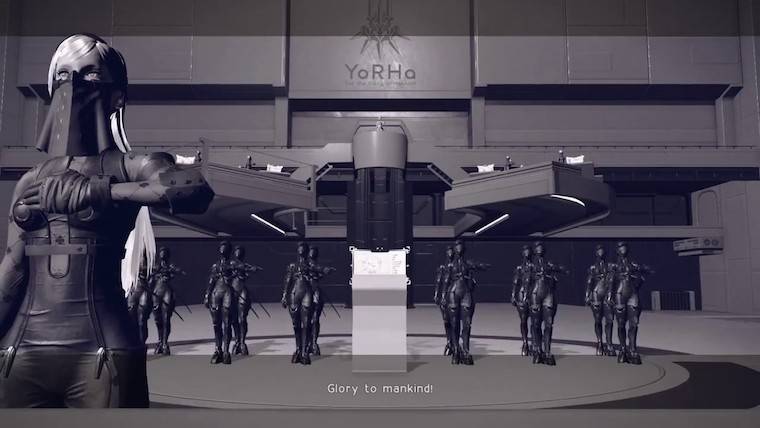 There were many facets of NieR:Automata that I found interesting on a number of different levels, but the one I want to discuss here is how the game presents the concept of “purpose.” It seems to me that the sense of purpose within each character, machine and android alike, is this game’s true antagonist. That is to say, it is each individual’s sense of purpose, whether assigned by their selves or by some external force, that prevents each of these characters from achieving happiness.

The most obvious case of this is with the YoRHa androids themselves. They’ve been assigned the purpose of fighting for humanity in the hopes that humans will eventually be able to reclaim their home. In fact, YoRHa was established for the sole reason of giving androids a sense of purpose. As the game explains with various documents and collectibles players can find, when it became apparent that humans had gone extinct, androids’ morale fell as they felt they no longer had a reason to live; their purpose for existing was gone. YoRHa was developed to trick androids into believing that humans actually still exist, therefore restoring androids’ reason for living. Their purpose had returned.

But the cost of having a purpose, in this case, was never-ending warfare. The aliens invaded Earth in the year 5012. The events of NieR:Automata take place in 11945. Androids have been fighting the aliens and the aliens’ machines for nearly seven thousand years. Sure, the illusion of fighting for humanity gives them a purpose, but at what cost? They’re constantly fighting and losing friends to the war. YoRHa troops die again and again for their cause. Are they really better off this way than if they didn’t have a “purpose”? 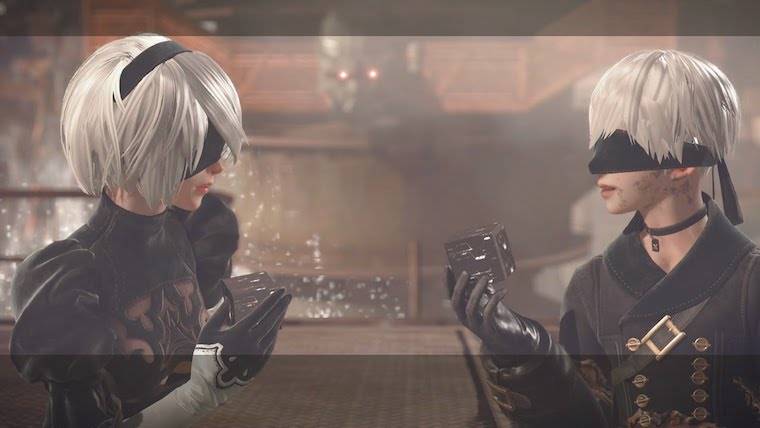 There are several more examples in NieR:Automata of senses of purpose proving to be a burden. The machine network, N2, finds a logic fallacy in the purpose assigned to it by the aliens, namely that the machines’ goal of “destroy the enemy” is unattainable because if they did manage to destroy the enemy, there would be no enemy left to destroy and they would no longer have a purpose. Their purpose, in essence, is to eliminate the force that gives them a purpose. Therefore, N2 devises a large and intricate plot to keep machines and androids fighting forever so that they may always have a purpose to look forward to achieving, even if it will never actually be achieved. Meanwhile, we also see several individual “wise machines” become aware of the self-defeating nature of their purpose, as assigned by the aliens, which causes these wise machines to realize they have no reason to exist and subsequently kill their selves.

Machines that disconnect from the network often assign themselves purposes of their own, rather than accepting the purpose assigned to them by the aliens, but this doesn’t work out any better. The religious machines’ purpose leads them to kill their selves and each other. Various side quest machines, such as the High Speed Machine, kill their selves when they realize that they won’t be able to achieve their self-assigned purposes. The opera singer machine (Simone or Beauvoir, depending on your playthrough) assigns herself the purpose of becoming as beautiful as possible, which ultimately drives her insane. The Forest Kingdom machines assign their selves the purpose of protecting their kingdom, only to fall into chaos once their king dies. Even Pascal, who assigns himself the noble purpose of spreading peace and love, ultimately succumbs to the burden of purpose once his village is destroyed, ruining everything he had been working for. He declares that he can’t “live with this heartbreak” and asks the player to either kill him or remove his memories. 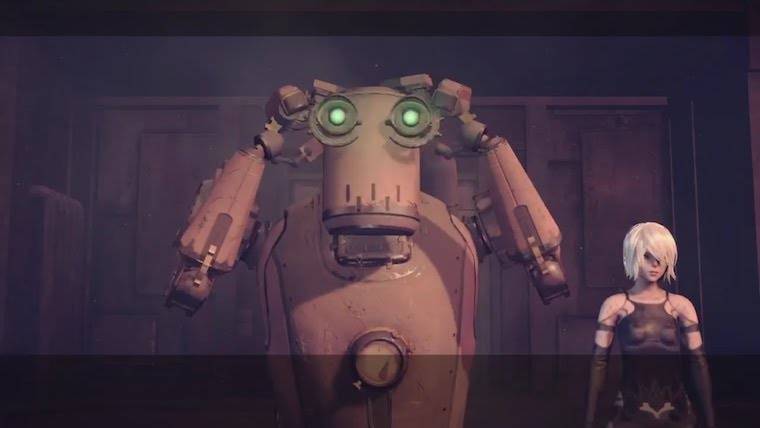 The burden of purpose is accentuated in NieR:Automata when it becomes evident that, regardless of each individual’s personal happiness, there is simply no significance to anyone’s purpose. The purpose of YoRHa is to eliminate machines so humans can return to Earth. But humanity is extinct. Whether they “achieve” their “purpose” of destroying all machines or not doesn’t matter, since the whole reason behind their purpose is fabricated. The YoRHa have a purposeless purpose, one that causes them endless misery personally and which ultimately amounts to nothing on a larger level. The same can be said for the machines, who were originally designed to fight for the aliens, but whose purpose becomes meaningless once the aliens go extinct as well (ironically by the hands of the machines themselves, in an attempt to look for a greater purpose). Whether the androids or machines are successful in achieving their purpose of destroying their enemies or not, it doesn’t matter. Humanity is still extinct. So are the aliens. Furthermore, in a million years, it’s likely that all the androids and machines alive during the events of NieR:Automata will be long dead and forgotten, regardless of whether they “achieved” their “purpose” or not, and a million years isn’t even that long, given the grand scheme of things. Ultimately, having a purpose has no purpose.

Needless to say, many people in the real world, outside of the world NieR:Automata, also fall victim to the concept of purpose. It’s no coincidence that when the machines in the game disconnect from the network and attempt to find their own purposes, many of them start mimicking human behavior. Regardless of whether someone is trying to be the best at something, or the most beautiful, or live their lives loyal to a religion or kingdom, or try to fulfill a destiny assigned to them by a parent or boss or leader, chances are they will never truly be content with their purpose as both achieving it or not achieving it are each paths to misery. And, once that someone is dead and forgotten, whether they achieved their purpose or not won’t matter to the rest of existence anyway. 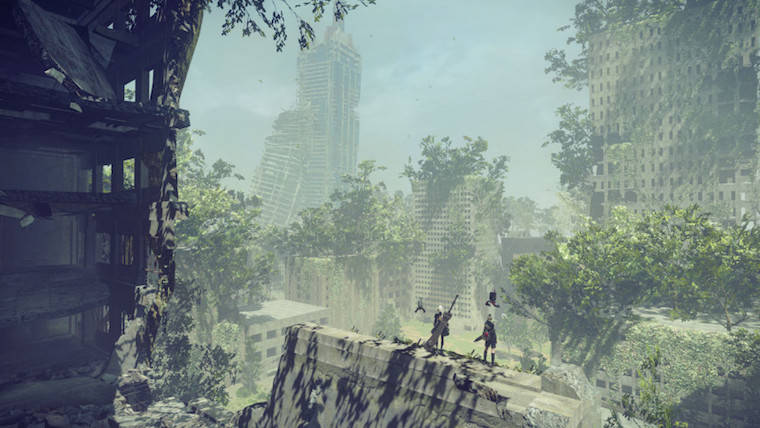 So how do we make peace with our purposeless existences? It seems that the way NieR:Automata suggests finding happiness in life is to break free of the burdens of having a purpose altogether. Don’t live for some purpose or goal you’re trying to achieve; instead, just find something or someone who makes you happy and let that be enough. Don’t make this hobby or person a thing to be achieved, but rather just be happy with the mere existence of that hobby or person. Our protagonists are theoretically able to achieve this in Ending E, where they are finally freed from the burden of their “purpose” of fighting for humanity. Instead, they can now simply lead lives where they aren’t trying to accomplish anything, lives where they can just be happy to be alive with each other, wherever that path may lead them.

Just like the YoRHa, many of us are blinded by the goal of achieving some sort of higher purpose. But neither us nor the YoRHa have a real purpose beyond what is arbitrarily assigned to us by ourselves or other purposeless beings. Instead, it’s up to each individual to make the most of their time here, not by fulfilling some greater destiny, but by simply doing what makes them happy. Ultimately, you’re not going to matter, no matter what you do. So if you’re going to not matter, you might as well have a good time doing it. 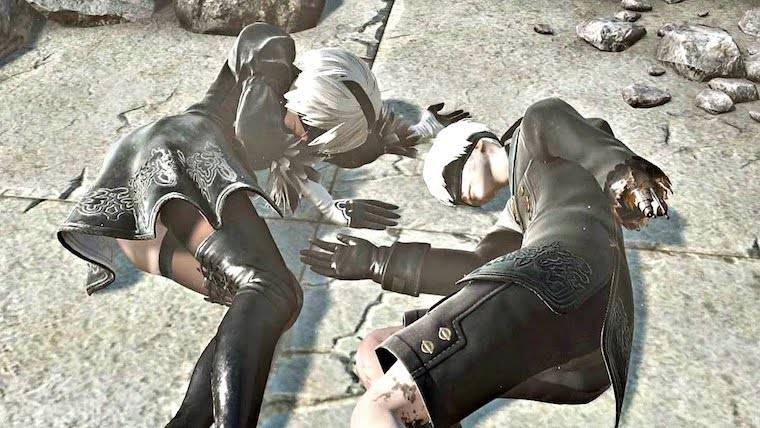