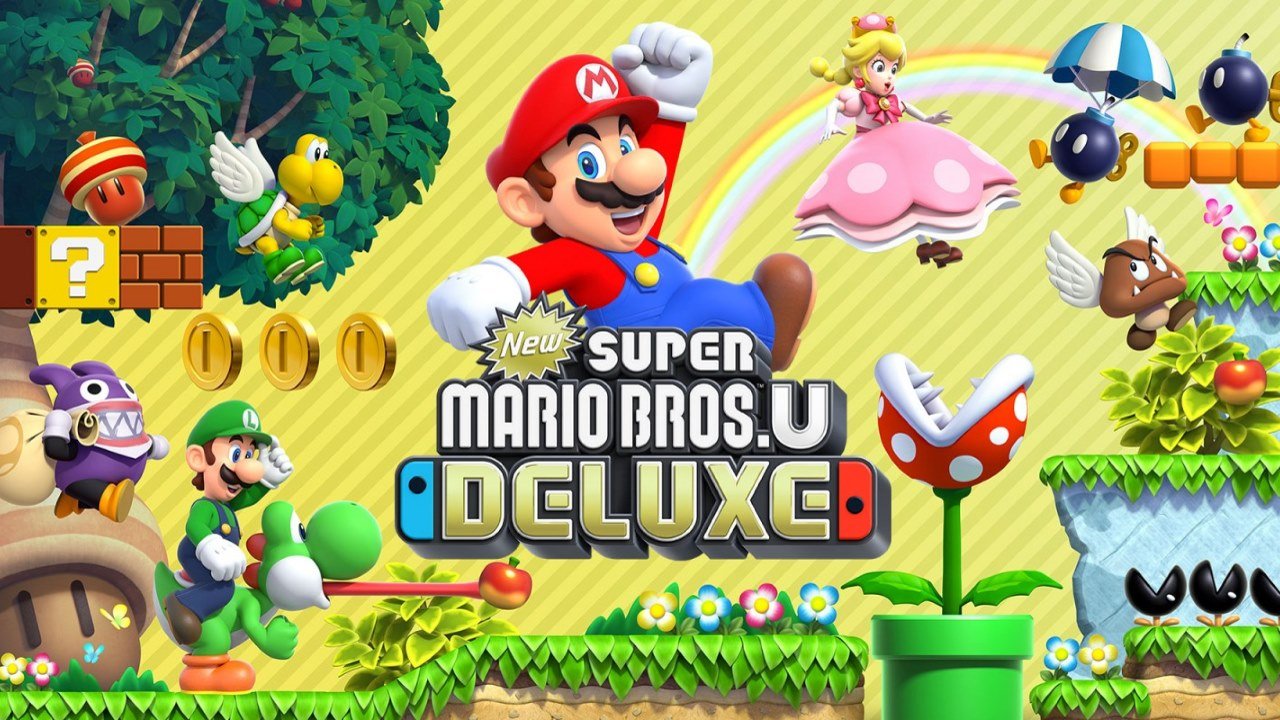 Since the dawn of the Super Nintendo, gaming’s oldest company has done its own thing when naming their products. That one worked out, likely because the SNES was an amazing piece of gaming tech. The Wii U wasn’t so lucky, struggling to find an audience amidst confused consumers who thought it was an add-on to the popular, and only slightly better named Wii. Then there was the New Nintendo 3DS, which was home to New Super Mario Bros. 2, which was the counterpart to New Super Mario Bros. U, which has just been announced for Switch by the name New Super Mario Bros. U Deluxe. What the hell is going on here Nintendo?

Last night’s Nintendo Direct saw multiple oddly named games, along with the aforementioned NSMB U Deluxe (which comes with New Super Luigi U as a free add-on). Kirby’s Extra Epic Yarn is a port of the Wii platformer, and Mario & Luigi: Bowser’s Inside Story + Bowser Jr.’s Journey will be heading to the 3DS early next year. Many names that actually made sense, such as Luigi’s Mansion 3, were billed as “working titles”, meaning they’ll probably be changed in the future.

Deluxe seems to have become the de facto add-on for a game making the transition from a previous system to the Switch. We saw it before for Mario Kart 8 (which infamously was NOT the eighth entry in the series, without some very fuzzy counting going on). Of course, even that simple standard didn’t last long with Pokken Tournament arriving a few months later with DX slapped on the end of its name.

I get it, there’s language differences playing a part here, along with the struggle to differentiate nearly identical products in some significant way. Nintendo isn’t even the only company that does this, with Capcom and Square Enix being equally bad or worse. Still, with the Switch surging in popularity, Nintendo needs to figure out how to inform customers of what exactly they’re buying.

“New” is an ever-popular choice for the company, even though it causes lots of issues for consumers. This is because “New” in Japanese doesn’t quite convey the same meaning as it does in English. That hasn’t stopped Nintendo from using it on tons of products in English speaking countries though, almost certainly leading to thousands of “wait, a new 3DS or a New 3DS” conversations among potential buyers.

Unfortunately the Switch doesn’t really offer a logical naming convention of its own. SNES let you tack Super in front of any name to indicate where you could play the game. Nintendo 64 resulted in dozens of XXXX 64 style names. The Wii could go in front or back of any title. Wii U games could just slap a U anywhere and the few million owners knew what was going on. Switch is too long, apparently, and so other options are being chosen.

This isn’t some major crisis, really. The Switch is doing exceptionally well, and almost every big game release generates enough buzz on its own that odd names don’t have a big impact. However, I’d really like it if Nintendo would stop expecting so much from their customers and the many websites that write about their products. Literally noone is typing out Mario & Luigi: Bowser’s Inside Story + Bowser Jr.’s Journey for any purpose whatsoever (I copy/pasted that), but we’ll all have to figure out some way to differentiate it from its DS predecessor. Or maybe not, since Donkey Kong Country: Tropical Freeze just skipped the whole thing and kept its original name, with few if any consequences.

Here’s my opinion: just stop using New, Ultra, Deluxe, or any mash-up of different names. Keep things simple, and concise and your consumers will thank you. Some games likely can’t recover. At this point we all understand what a New Super Mario Bros. game is, and switching things around would likely require a brand new take on the series. “Classic” seems like a far better choice that delineates what players can expect from the experience, but changing it now might not be a good idea. The New Nintendo 3DS and 2DS are also lost causes, but they’ll be phased out soon anyway.

Either way, Nintendo is confusing their customers with each new naming convention they introduce, so perhaps we could just try simplifying things for awhile. I’m not sure what the answer is, but I know there’s better options than naming something New Super Mario Bros. U Deluxe and Mario & Luigi: Bowser’s Inside Story + Bowser Jr.’s Journey (which I copy/pasted again).