The deluxe version will contain new playable characters and the New Super Luigi U expansion. 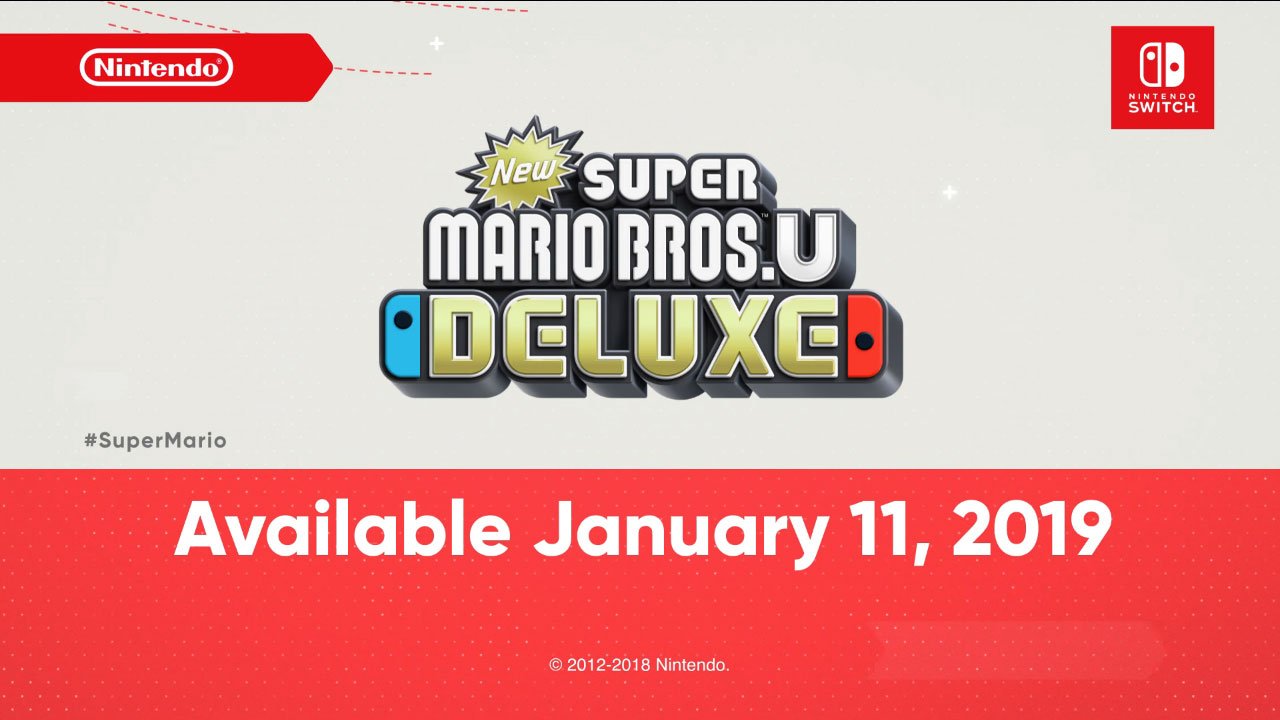 Not long ago, a rumor started to spread that a deluxe version of the Wii U game New Super Mario Bros. U would be coming to the Nintendo Switch. During today’s (September 13) Nintendo Direct stream, these rumors were confirmed.

New Super Mario Bros. U Deluxe was confirmed for release on the Switch in the Nintendo Direct stream, and the game’s extra content was detailed as well. In addition to the base game, the New Super Luigi U expansion will also be included. Between the main game and the expansion, the Switch version of the game will contain 164 levels.

Also, two new playable characters will be introduced into the game. Nabbit and Toadette will be playable, and each will have their own unique perks. Nabbit won’t take any damage from enemies, but can theoretically still lose from falling off platforms. Meanwhile, Toadette can transform into Peachette using a Super Crown power-up. Peachette can double jump, slowly float down instead of falling straight down, and will get boosted back up to the screen if she’s about to fall to her death.

New Super Mario Bros. U Deluxe will be playable with just a single Joy-Con and will support multi-player up to four players. The game will launch on the Switch on January 11, 2019.