The State of Gaming: Assassin’s Creed

The latest news in the world of video games at Attack of the Fanboy
September 16th, 2014 by Danny Vittore 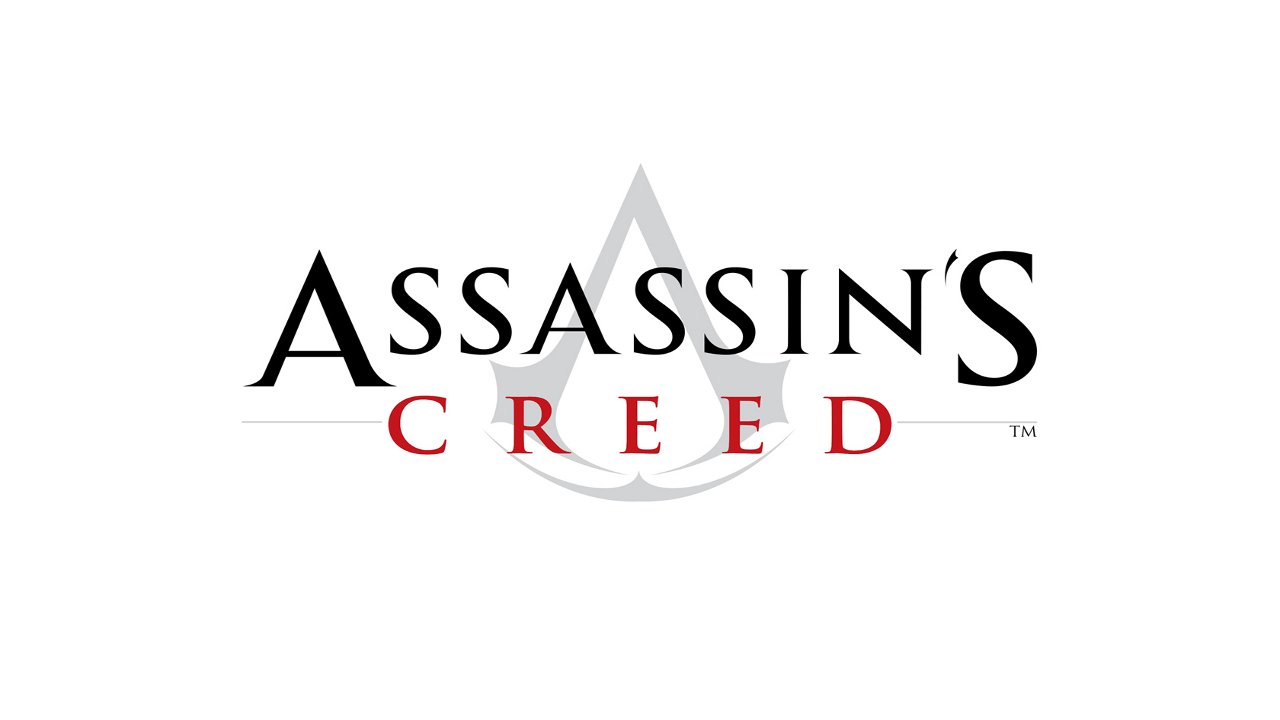 State of Gaming is a new series where Danny gives us his thoughts on some aspect of gaming. This time, Danny talks about the Assassin’s Creed series. What’s his take on it all? Read on to find out!

Let me just start by saying that I am a fanboy of the Assassin’s Creed series and far from any old “hater.” Do I enjoy the franchise? Yes. Do I like everything they’ve done? Not a chance. In fact, you can read about my worries about Assassin’s Creed 4 Black Flag before it was released right here.

Suffice to say, this is all my opinion and you’re going to be reading both a lot of love and a lot of hate. I can practically guarantee that there will be things you won’t agree with, but before you rush to the comments section and lampoon me, well… Just please try to read everything before you do? You might be less harsh. At least I hope so.

Right then, so let’s get started.

It’s crazy to think that in the nearly 7 years of Assassin’s Creed’s existence, there have already been 6 main games in the original AC, AC2, AC Brotherhood, AC Revelations, AC3 and AC4 Black Flag, 2 minor games in Liberations (which was originally exclusive to PS Vita, before being re-released onto PS3, Xbox 360 and PC) and Freedom Cry as well as a myriad of mobile and alternate reality games. We have definitely seen progression on the part of Assassin’s Creed from its humble roots of assassins in the middle ages with the constitution of the Wicked Witch of the West (as in they can’t swim) to defenders of freedom and liberty (through assassination of course) during the renaissance and the 18th century, to a pirate in the Caribbean! Wait… what? Yeah, you probably guessed already. I’m not a fan of Assassin’s Creed 4.

Don’t get me wrong, it’s a fantastic game and I enjoyed playing it immensely. Unfortunately, it’s a terrible Assassin’s Creed game. I stand by my original position, which I made before AC4 came out, that Black Flag should have just been it’s own title in its own series. It’s not a game about assassinating people, it’s about being a pirate. Quite literally. For the first 10 sequences (out of 12) in the game, you are a pirate and just trying to find a way to help make yourself a bunch of money and keep the good piratin’ times a’rolling. You don’t even join the assassins until the end of sequence 11. Which leaves a good 1 sequence out of 12 (so just slightly over 8%) of the game actually about being an assassin, in a game called Assassin’s Creed. 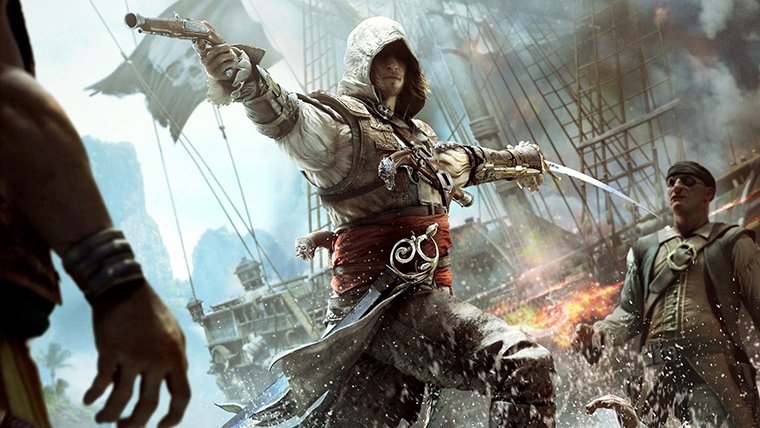 I don’t know about the rest of you reading this, but the majority of the charm of the games for me was that: 1. You were an assassin and you assassinated people, 2. You were a free-running and climbing champ and 3. You weren’t just some deranged murdering maniac (although you could absolutely play the part, but you aren’t supposed to) and you actually killed (or were supposed to) people who were a menace to your ideals and even in their deaths you were respectful (hence, requiescat in pace). Basically, you play as real cool fellows. That didn’t happen in AC4, because, you know, pirates. You kill and steal, because plunder.

AC4 isn’t a pirate game shoehorned into an Assassin’s Creed game, it’s a game about assassins shoehorned into a pirate game. I will say though, AC4 did bring variety to the table in terms of gameplay with a fair amount of assassinations (I’m not even going to start getting annoyed at how Kenway was able to learn elite assassination techniques through pure guesswork), naval battles and generally things to do. Personally, I would have preferred less sea stuff and more land stuff, but it’s a pirating game so I guess there’s nothing for it. And honestly, as much as Ubisoft is trying to convince us that running around in the jungle and killing animals is fun (it’s not), I can’t help but feel that not enough of the game was in the urban environments. At the very least they didn’t take advantage of them and I’m not talking about the scores of clone port villages scattered across the map, but the cities like Havana and Kingston. Nassau was awful in terms of free-running.

So in summary, Assassin’s Creed has certainly improved up to this point. Black Flag was a great game, but just an awful AC game, but one game does not a franchise break and the general trajectory of Assassin’s Creed games is definitely up.

Unity is where the majority of the innovation will be coming from this year. The biggest thing undoubtedly wowing everyone is the co-operative play. No longer will you need to go it alone (or perhaps summon some AI-controlled friends) during your missions, you can now have your friends join you in different colored Assassins!

Otherwise, Assassin’s Creed Unity seems to be taking a step back and returning back to the winning formula of Assassin’s Creed 2, historical European cities where you can jump around on rooftops and assassinate people (no more of that jungle, forest, ocean brouhaha). It really doesn’t seem like (ignoring improved visuals and “physics”) that there will be  any big innovations here other than co-op and I’m not sure I’m okay with that.

So hear me out. I like that Unity is trying to refine the original Assassin’s Creed formula instead of throwing it all out the window like Black Flag did, but as much as I like playing games with friends, I worry that introducing a co-operative mode to Assassin’s Creed can potentially ruin the game. How do you balance it? Is it just some missions that can be done cooperatively? All? Unless Ubisoft takes the Splinter Cell Conviction approach of having a dedicated co-op campaign (or series of missions) and a dedicated single player campaign, missions will be out of whack. If you design the missions for co-op play, it might be too hard (perhaps impossible) for single player. If you design it around single player, co-op will probably be too easy.

Perhaps you always have AI controlled Assassins with you when you’re playing (or perhaps a sort of GTA V approach in jumping from assassin to assassin), but would you really trust an AI to be any good or overly helpful? Or perhaps if you don’t have friends to play with you, the game automatically assigns randoms to you like Journey or Destiny? This opens up the potential for trolls to screw people over constantly (especially in a game where stealth is important, co-ordination and co-operation is pretty important).

Hopefully, Ubisoft has a bunch of people far smarter than me who have figured it all out, but I’m not sure I’ve seen any indication that they have. Regardless, I’m not a spoiled sport and I’m hoping for Unity to be good in spite of what I’ve said.

Through my scouring of the internet, I’ve noticed that quite a lot of people (including many Assassin’s Creed players) literally don’t give a flying sausage about Assassin’s Creed lore and if that’s you, then you can just skip right through this section. However, it definitely seems like the games have lost direction ever since they killed off Desmond Miles.

Yes, it’s pretty amazing that Ubisoft managed to turn a Nolan North character into an charisma-less and boring piece of cardboard, but like it or not, Desmond Miles was what linked all the games together into something cohesive and (relatively) sensical all the way up to Assassin’s Creed 3. Now, we have some weird meta thing where you are doing “research” for a game, in a game. A game-ception if you will.

Black Flag was them experimenting on how to tell the story in a Desmond Miles-less world. It only kind of worked, sort of… Not really. A jumped up simple puzzle game is only interesting for so long. Therefore, it will be very interesting to see if Unity keeps up the charade or just tries a completely new way (like introducing another character in the modern world for you to play as) to explain what is going on and develop the modern day storyline in some meaningful way, or just scrap it all together.

Assassin’s Creed games were once a monopoly on the market of games that provided you the chance to do a bit of sneaky-sneaky, stabby-stabby whilst simultaneously parkouring around large sandbox cities and environments. However, nowadays, that isn’t the case anymore. There now exist games like Shadow of Mordor, Styx: Master of Shadows and Raven’s Cry (if you’re still into that pirating stuff) and so, you’re no longer tied down to the Ubisoft ship.

Once upon a time, Ubisoft had a lot of leeway to experiment because it owned the whole market. It obviously doesn’t anymore and Ubisoft will need to make a consistent product that won’t randomly drive away parts of the fan base whether they like it or not. That isn’t to say that Ubisoft needs to, or should, do an Activision and pump out, essentially, the same game every year.

Ubisoft definitely needs to make sure they are constantly finding new ways to make the combat system less “easy” as well as constantly improving the engine and making more things possible, but they definitely can’t be throwing the formula into the air, saying “screw assassins, let’s just do what was reeaaaally popular like 4 years go (I’m talking about pirates).” Because if we aren’t careful and we let this cycle continue, we just might end up with an Assassin’s Creed about ninjas or something.

Actually, I’m okay with that. Bring it on.

Do you think Danny is full of it? What are you thoughts on the Assassin’s Creed franchise? We want to hear from you! Leave a comment below!