When Will We Get to Play GameCube Games Again?

Is the Switch's upcoming online service the answer to our prayers? 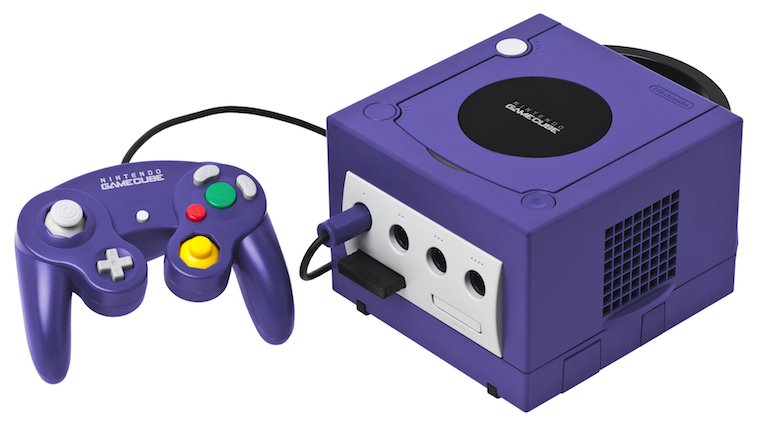 It’s clear that Nintendo cares about preserving their older games and not letting them get lost to the sands of time. They’ve managed to retain their audience from the 80s and 90s and have even given these old games new audiences via the Virtual Console system and the recent introduction of retro micro-consoles. Later this year, the Switch’s online service will continue to keep classic games alive by making twenty NES games available upon the service’s launch this September. But despite the availability of NES, SNES and N64 games, there is one console that’s coming up on “classic” status that has remained neglected, much to the dismay of many fans.

The Nintendo GameCube was originally released in 2001 and saw a number of instant classics across its lifespan, including Super Smash Bros. Melee, Super Mario Sunshine and The Legend of Zelda: The Wind Waker. However, GameCube games are difficult to play now, since many of them are nearly twenty years old and hard to come by. If you’re someone who either doesn’t have your nearly-twenty-year-old GameCube anymore (or doesn’t have your Wii anymore, since GameCube games were playable on the Wii) or never had one to begin with, you really have no way of playing many of these great games anymore. So what gives? Will we be able to play GameCube games again anytime in the near future? The way I see it, there are three possible ways we might be able to play some of these games again.

The only way GameCube games might be playable on the 3DS is in the form of remakes. We already know that the GameCube classic Luigi’s Mansion is getting a 3DS remake, and since Nintendo apparently plans to support the 3DS through 2019, it’s probably not too far of a stretch to think that there could be some more remakes of GameCube games in the works. Realistically, however, there probably won’t be a ton of GameCube remakes for the 3DS. There might be a few more here and there over the next year or two, but I doubt that there will be a full library of GameCube remakes to satisfy all the GameCube fans the world over. And that’s of course assuming that there will in fact be more GameCube remakes after Luigi’s Mansion at all.

As much as it would seem to make sense to an outsider for Nintendo to keep releasing these micro-consoles, it’s not necessarily guaranteed to happen. For example, since Nintendo’s announcement of a classic games service coming to the Switch, it’s possible that demand for micro-consoles would go down. Think about it: The NES Classic cost $60 and the SNES Classic cost $80. It’s likely that the N64 Classic will be even more expensive. Meanwhile, the Switch’s online service will cost $20 a year, and will theoretically eventually contain all the classic NES and SNES games one could want. If you’re given the choice between a $100 N64 Classic with maybe fifteen games on it, or access to the Switch’s library of who-knows-how-many-N64-games-will-eventually-be-available on it for $20 a year, you might be inclined to forego getting an N64 Classic and just stick with the Switch’s online service. And if the N64 Classic doesn’t sell as well, a GameCube Classic might not happen at all. This is, of course, not necessarily likely to happen; people seem to really like these micro-consoles. Rather, it’s just one example of an instance that could result in a GameCube Classic not ever being released.

If the trend of Nintendo’s micro-consoles increasing in price (the NES Classic was $60 while the SNES Classic was $80) and decreasing in number of games (the NES Classic had 30 games, the SNES Classic had 21) both hold up, then Nintendo might think that the pricepoint of a GameCube Classic would make it not worth producing. If we follow the specific trends of the first two micro-consoles (increasing in price by $20, decreasing in games by about 10), then we might be able to predict that the N64 Classic could cost around $100 and have about 10 games on it. Then the GameCube Classic would cost $120 and have less than 10 games. Probably not a whole lot of people would be crazy about spending $120 on a console that can only play less than 10 games. Maybe the GameCube Classic wouldn’t cost as much as $120 and would have more than just ten games on it, but depending on how much the predicted pricepoint would be and how many games it would have, Nintendo might think that it’s not worth making. Or maybe the fact that the GameCube will be 18 years old next year means it doesn’t qualify as being a “classic” console, so making a Classic Edition wouldn’t make sense. Point is, even though it seems reasonable for Nintendo to make as many micro-consoles as possible right now, we shouldn’t take the eventual production of a GameCube Classic Edition for granted.

But let’s just assume that there will be a GameCube Classic Edition, since there probably will be one. I can’t see it costing less than or having more games than the SNES Classic, so best case scenario, the GameCube Classic releases in 2019 for $80 and has 20 games. But even then, there will probably be many disappointed GameCube enthusiasts. With a maximum of 20 games, there are sure to be tons of beloved GameCube games that don’t make the cut. Even the SNES Classic didn’t have all the games a lot of people wanted on it. I was lucky enough to eventually get a SNES Classic, but then I went onto my Wii’s Shop Channel to buy Chrono Trigger and Kirby’s Dream Land 3 since neither of those games were on the SNES Classic. Luckily, I had the option of buying games via Wii Virtual Console, but since there are no GameCube games available on any Virtual Console, whatever games are on the GameCube Classic are the ones we’ll be stuck with. Chances are, with only room for 20 games, the GameCube Classic won’t have both Pokémon Colosseum and Pokémon XD: Gale of Darkness. Maybe one of them, but probably not both. What if you loved both those games as a kid and want to re-visit them, but either don’t have the physical discs or your GameCube anymore? What if you’re a newer Pokémon fan and want to check out both those games for the first time? As a Kirby fan, I was able to get Kirby’s Dream Land 3 for $8 on my Wii, since it wasn’t on the SNES Classic. But if you’re someone who wants a GameCube game that’s not on the GameCube Classic, on the other hand, then you better be willing to either shell out some serious money on a used GameCube and used copy of the game you want or just accept that you won’t be able to play that game.

And, of course, this is all assuming that you’d be able to get your hands on a GameCube Classic at all. Both the NES Classic and the SNES Classic had very limited quantities and a ton of people who wanted one weren’t able to get one. I wasn’t able to get an NES Classic, but ultimately it was okay because I was able to just get some of the NES games that I really wanted on my Wii Virtual Console. But if you aren’t able to get your hands on what will almost undoubtedly be a very limited number of GameCube Classics, then tough luck. As of right now, there’s no other way to play GameCube games, besides hoping you can find a reasonably priced used GameCube and games. Ultimately, even if a GameCube Classic Edition does come out, it likely won’t exactly be the answer to the prayers of the multitude of GameCube fans who just want to play some of their favorite games again.

This classic games service has been likened to Netflix and other subscription-based services by a number of game journalists and enthusiasts. One thing we all know about Netflix, however, is that what movies and shows are currently available are constantly changing as new movies and shows are added and other movies and shows are removed. Will the Switch’s classic games service be like this? I would imagine that for the most part it won’t, since, unlike movies or shows, games are contingent on the player’s save files, and having games removed from the service would either delete those save files or make them obsolete, making players angry. However, this is something that might not be entirely avoidable. What if you’re in the middle of a playthrough of Resident Evil 4 and then suddenly Nintendo and Capcom have some sort of dispute and the game gets removed from the service? There were games that were removed from the Virtual Console, but if you bought the game when it was still available (and never deleted it) then you probably still have the game today and can still play it. If this classic games service is really like Netflix, in which you’d theoretically be “streaming” games rather than downloading them, then there’s more risk in games being removed from the service, especially if it’s at the rate that movies and shows are removed from Netflix.

Ultimately, the Switch’s classic games service probably seems like the best hope for those who want to play GameCube games again. I don’t see any GameCube games coming to the 3DS Virtual Console and remakes will probably be few and far between. The GameCube Classic Edition will probably have very limited quantities and many won’t be able to get one. So that leaves the Switch’s online service. I imagine Nintendo would probably have the sense to not remove games from the service very often, if at all, but who knows? The bigger question, of course, is simply the title of this article. Since this online service seems like the most plausible way to play GameCube games again, when will GameCube games be available through the service? The service is set to launch with a few NES games, but then what? Theoretically, the library will grow to include more NES games before eventually reaching out to SNES games, then N64 games and then finally GameCube games, but who knows how long that will take? Right now, we have no timeframe for how often new games will be added to this service, so all we can really do is hope it doesn’t take too long for GameCube games to become available, since for many people, it’s the only way GameCube games will be available at all.

Home / Original Articles / When Will We Get to Play GameCube Games Again?