Adam Warlock: Who is the Gold Man in Guardians of the Galaxy Volume 3?

Likely the biggest common element between Austin Powers 3 and Guardians of the Galaxy 3. 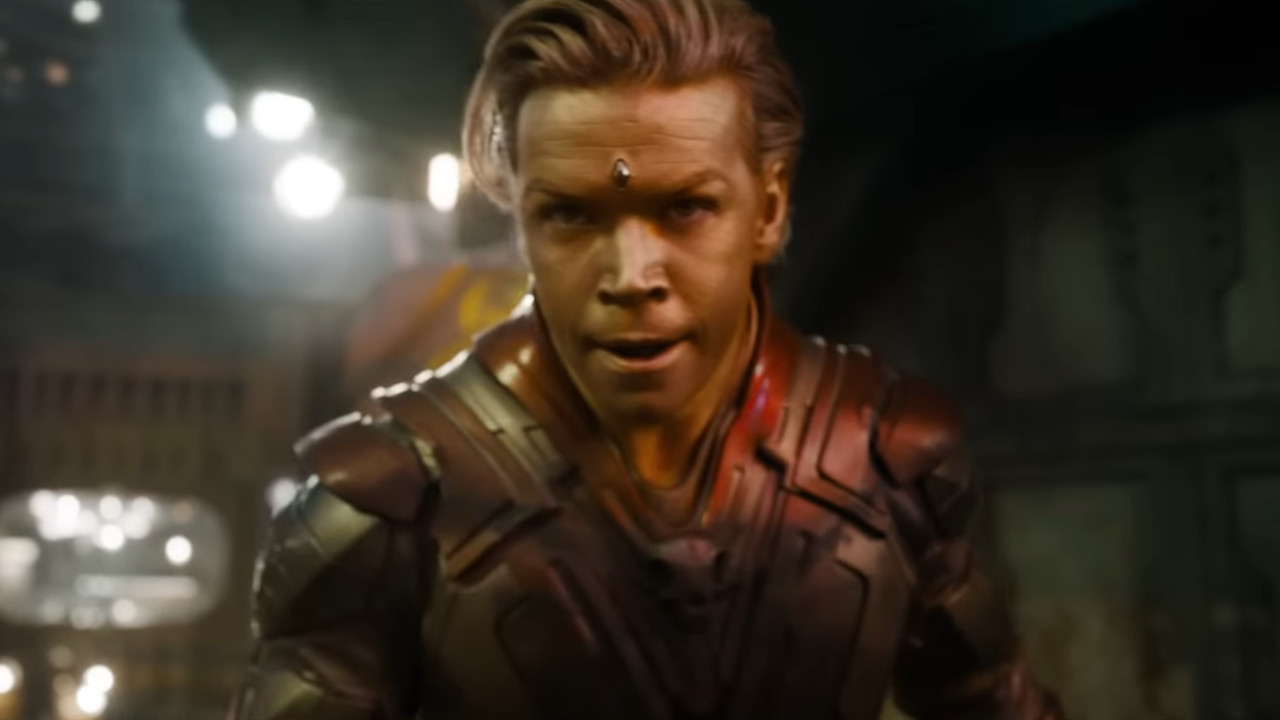 Guardians of the Galaxy Volume 3 looks like it’s going to be an emotional gut punch for fans who have fallen in love with James Gunn’s cast of spacefaring misfits. Since 2014 the crew has fought alongside Thor and the Avengers, protected the galaxy from numerous threats, and even found out secrets about Peter Quill’s family. But in the latest trailer, while some characters look like their arc is coming to a close, a mysterious gold man, Adam Warlock, crashes onto the scene in Guardians of the Galaxy vol. 3. But Who is he?

Who is the Gold Man in the GOTG Vol. 3 Trailer?

The gold man is Adam Warlock, played by Will Poulter, a perfect Sovereign created by high priestess Ayesha as a means to exact revenge on the Guardians of the Galaxy. These events were set in motion after GOTG vol. 2 where Ayesha originally hired the Guardians for the protection of precious assets in exchange for Nebula, her prisoner, only to have Rocket Raccoon steal some of the assets, Anulax Batteries. This was seen as a breach of their agreement, so Ayesha pursued them for vengeance, and things only got worse.

The Sovereign pursued the Guardians during the events of the film but had their fleet promptly destroyed by Ego during the Guardians’ confrontation with the powerful celestial. Ayesha additionally hired Yondu to capture the team, only for that to fall through too. Peter Quill, aka Star-Lord, defeated Ego and saved the remaining Sovereign including Ayesha, but her thirst for revenge remained unquenched as she was unaware that the Guardians had saved her and the universe. The Guardians had committed a slight against the Sovereign in her eyes, and thus she created the perfect Sovereign, Adam Warlock, to kill them.

What Has Adam Warlock Achieved in the Comics Before Guardians of the Galaxy Volume 3?

Adam Warlock is one of the most powerful characters in the Marvel universe. He has at multiple points carried the Soul Gem (Soul Stone in the MCU context) and is so powerful he can contend with Thanos, a feat not easily achieved. His bond with the Soul Stone in the comics was greater than for anybody else who has carried it before him, and he was its most powerful carrier. His superhuman traits, as noted by Ayesha and the High Evolutionary who appears in the upcoming GOTG film, are reputed in the comics as the product of perfect genetics. But most importantly, Adam Warlock is not meant to be a villain, being a long-serving hero in the Marvel comics.

Adam Warlock comes across as a deadly threat in the Guardians of the Galaxy vol. 3 trailer but will likely not come out of the movie as a villain, but another Marvel hero. He has enough cosmic-level power that, if he were corrupted, would pose an existential threat to the universe known as the Magus, and has been respected by Thanos as a genius. Warlock has fought hard to protect the universe in the comics, making use of a devastating and growing array of abilities that includes:

It’ll be exciting to see just how they choose to have Adam Warlock grow in Guardians of the Galaxy vol. 3 as well as how Will Poulter performs in the role. Since he didn’t show for the Infinity Saga outside of some teases in Thor: The Dark World and GOTG vol. 2, his appearance has been long-anticipated by Marvel comic readers who’ve been watching the films. The punches he heaves at Nebula in the trailer are only a small preview of his abilities, and Adam Warlock will likely appear in future Marvel projects, as he is simply too important to be overlooked.

Guardians of the Galaxy Volume 3 will release in theaters worldwide on May 4, 2023.

Attack of the Fanboy / Entertainment / Adam Warlock: Who is the Gold Man in Guardians of the Galaxy Volume 3?